HomeAnswersWhat Was the Roman Empire? 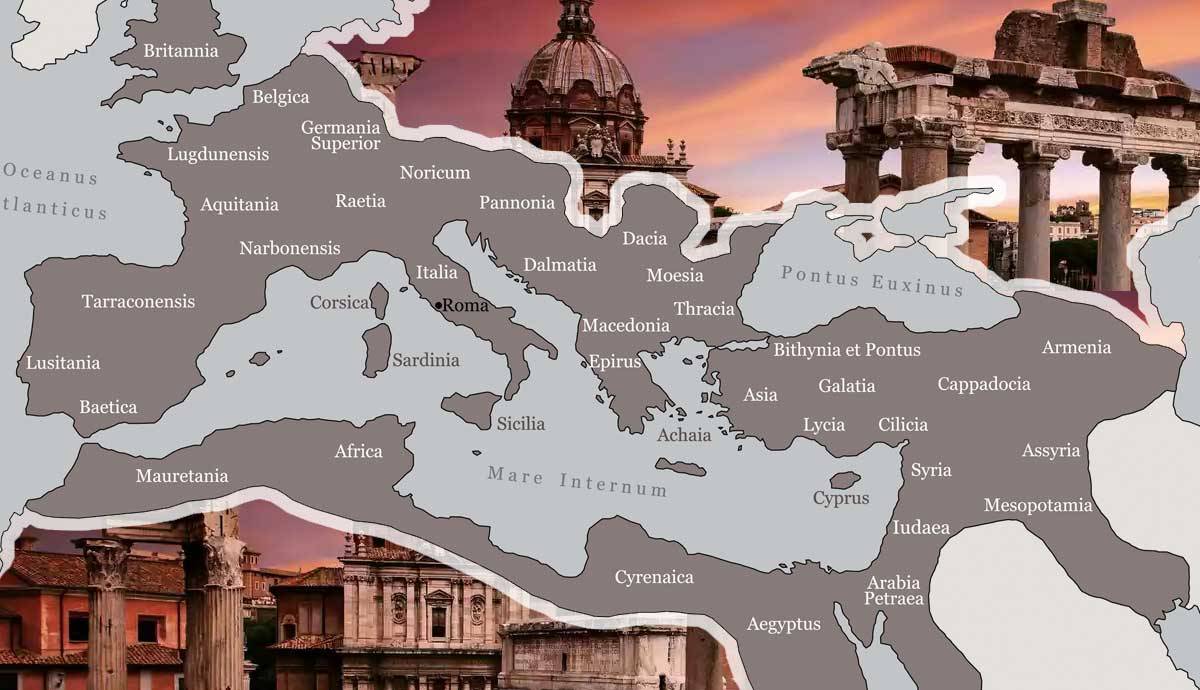 For more than a thousand years, the Roman Empire ruled the ancient (and medieval) world. A cosmopolitan and multicultural state, the Empire encompassed vast swathes of territories and various ethnicities and cultures. At its peak in the second century AD, the Roman Empire stretched from Britain and Spain in the West to Egypt and Mesopotamia in the East. The vast area under Roman control included numerous cities; Rome was the largest and most important. Those ancient cities were centers of culture, religion, art and trade, well connected by the complex road network, rivers, and sea lanes.

Roman legions defended the Roman Empire, keeping enemies at bay until the fall of the Roman West in the fifth century. However, the so-called “Fall of Rome” did not mean the Empire’s end. In the East, the new capital of Constantinople remained the seat of the Roman emperors and the center of the imperial might for another millennium, until its fall to the Ottoman Turks in 1453.

The Roman Empire Rose from the Ashes of Civil War

The Roman Empire was established following the violent demise of the Roman Republic. From its modest beginnings on the Italian peninsula, the Roman Republic became master of the Mediterranean, destroying its main rival – Carthage – and the Hellenistic states in the East. However, the Republic’s success led to its very downfall. The expansion of its territory far from its heartlands and the growth of its armed forces resulted in the increased power and influence of the army’s leaders. The ambitions of powerful men such as Sulla, Pompey the Great, Julius Caesar, Mark Antony, and ultimately, Octavian, better known as Augustus, led to a series of bloody civil wars. These wars demolished the Senate of Rome’s authority and led to the birth of the Roman Empire.

Octavian, the adopted son of Julius Caesar, became the sole ruler of the Roman world after defeating his rivals – Mark Antony and Cleopatra – at the Battle of Actium in 31 BC. With the help of his trusted friend Agrippa, in 27 CE, Octavian capitalized on this victory, becoming Princeps (“the first citizen”). More importantly, the Senate proclaimed Octavian as Augustus (“the illustrious one”). While Caesar Augustus never referred to himself in monarchical terms, he held absolute power over both government and the military of the new Roman Empire. Initially, the traditional power holders – the Roman Senate – managed to keep the ambitious emperors in check, as seen from the demise of Caligula or Nero. However, as the Empire continued its expansion, the influence of the Senate waned, and the emperors took all the power.

The Pax Romana – Roman Empire at Its Apex

Beginning with Emperor Augustus, the first two centuries brought a period of unprecedented peace and prosperity to the Roman Empire and its citizens. The result was a population boom. Estimates range from 60 million in the first to 130 million people in the mid-second century — over a quarter of the world’s population! To satisfy the needs of its rapidly growing population, the Empire expanded its boundaries and established long-distance trade with the far-flung realms of India and China. As a result, exotic luxuries, such as cinnamon, ivory, pepper, and silk, became a common sight on the streets and markets of Rome and other major cities. Both the emperors and the wealthy aristocrats competed in organizing lavish spectacles for the masses. These ranged from chariot racing in the grand racetracks to gladiator fights and beast hunts in majestic amphitheaters.

The Empire of Cities

The Roman Empire was without a doubt the “empire of cities.” The center of the Empire was Rome, its ancient capital and the largest city in the ancient world. Rome’s population numbered one million at its height, a number that London would surpass only in the 19th century. Rome was also the political and cultural center of the Empire. It contained some of the most magnificent buildings in the ancient world, from the Circus Maximus and Colosseum to the Forum and the imperial palace complex. However, Rome was not the only important city. The centers of the eastern Mediterranean such as Alexandria and Antioch, predated Rome, remaining cultural and commercial hubs of the Empire. They too profited from Roman dominance over the Mediterranean Sea, which became known as Mare Nostrum or “Our Sea.” And in the fourth century, Rome’s dominance was surpassed by the new imperial capital – Constantinople.

The Ends of the Roman Empire

While Rome retained its symbolic importance by the third century, the city on the Tiber ceased to be the only imperial capital. The worsening military and political situation during the so-called Third Century Crisis required the emperor’s presence in critical hotspots at the frontier. As the emperor was followed by his court, the imperial capital was where the emperor was during this turbulent period. Thus, the cities such as Trier in the West or Antioch in the East became major imperial centers, and temporary capitals.

By the fourth century, it became apparent that the Roman Empire was too large to manage from one place effectively. The establishment of Constantinople, closer to the always-important Persian border, and the administrative division of the Empire, led to a continued decrease in Rome’s political importance. In fact, during the fifth century, the Western part of the Empire was governed first from Milan, and then Ravenna. Finally, following the “fall of Rome in 476,” Constantinople remained the sole imperial capital until its fall in 1453.