HomeAncient HistoryHellenistic Kingdoms: The Worlds of Alexander the Great’s Heirs

Alexander the Great's successors the diadochi carved up his vast empire, creating numerous Hellenistic kingdoms. The most successful rulers founded long-lasting dynasties, leaving a mark on the ancient world. 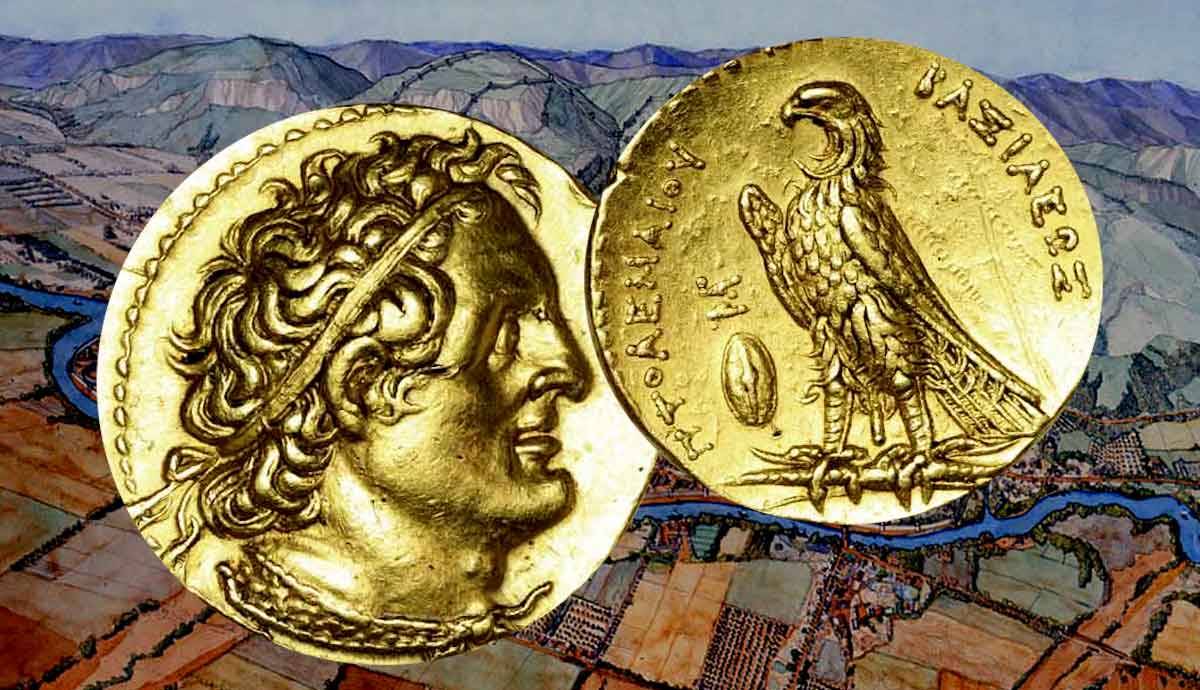 In 323 BCE, Alexander the Great died in Babylon. The stories of his sudden death differ wildly. Some sources say that he died from natural causes. Others suggest that he was poisoned. Whatever happened, the young conqueror designated no heir to his massive empire. Instead, his closest companions and generals divided the realm between themselves. Ptolemy got Egypt, Seleucus Mesopotamia, and all of the East. Antigonus ruled much of Asia Minor, while Lysimachus and Antipater took Thrace and mainland Greece, respectively. Unsurprisingly, the new ambitious monarchs did not wait long to start a war. Three decades of chaos and confusion followed. Alliances were made, only to be broken. In the end, three major Hellenistic kingdoms remained, led by the dynasties that would continue to wage wars between themselves but also trade and exchange people and ideas, leaving their mark on the Hellenistic world.

Following Alexander the Great’s sudden death in Babylon in 323 BCE, his general Perdiccas arranged for his body to be transferred to Macedonia. Another of Alexander’s general however, Ptolemy, raided the caravan and stole the body, taking it to Egypt. After Perdiccas’ failed attempt to recover the body, and his subsequent death, Ptolemy built a grand tomb in Alexandria-ad-Aegyptum, his new capital, using Alexander’s body to legitimize his own dynasty.

Alexandria became the capital of the Ptolemaic Kingdom, with Ptolemy I Soter being the first ruler of the Ptolemaic dynasty. Ruling for nearly three centuries, from the Kingdom’s foundation in 305 BCE to the death of Cleopatra in 30 BCE, the Ptolemies were the longest and last dynasty in ancient Egyptian history.

Like other Hellenistic monarchs, Ptolemy and his successors were Greeks. However, to legitimize their rule and gain recognition from native Egyptians, the Ptolemies assumed the title of pharaoh, portraying themselves on monuments in traditional style and dress. From the reign of Ptolemy II Philadelphus, the Ptolemies began the practice of marrying their siblings and participating in Egyptian religious life. New temples were built, older ones restored, and royal patronage lavished on the priesthood. However, the monarchy maintained its Hellenistic character and traditions. Besides Cleopatra, the Ptolemaic rulers did not use the Egyptian language. The royal bureaucracy, staffed entirely by the Greeks, allowed a small ruling class to dominate the political, military, and economic affairs of the Ptolemaic Kingdom. Native Egyptians remained in charge of local and religious institutions, only gradually entering the ranks of the royal bureaucracy, provided they were Hellenized.

Ptolemaic Egypt was the wealthiest and most powerful of Alexander’s successor states and the leading example in the Hellenistic world. By the mid-third century BCE, Alexandria became one of the leading ancient cities, becoming a trade hub and an intellectual powerhouse. However, internal struggles and a series of foreign wars weakened the kingdom, most notably the conflict with the Seleucids. This resulted in the Ptolemies’ increased dependence on the emerging power of Rome. Under Cleopatra, who sought to restore old glories, Ptolemaic Egypt became entangled in the Roman civil war, ultimately leading to the end of the dynasty and the Roman annexation of the last independent Hellenistic kingdom, in 30 BCE.

Like Ptolemy, Seleucus wanted his share of Alexander the Great’s enormous empire. From his power base in Mesopotamia, Seleucus rapidly expanded eastwards, seizing vast portions of land, and founding a dynasty that would rule for over two centuries, from 312 to 63 BCE. At its height, the Seleucid Empire would extend from Asia Minor and the eastern Mediterranean coast to the Himalayas. This favorable strategic position allowed the Seleucids control of vital trade routes linking Asia with the Mediterranean.

Following Alexander the Great’s example, the Seleucids founded several cities, which quickly became centers of Hellenistic culture. The most important was Seleucia, named after its founder and the first ruler of the Seleucid dynasty, Seleucus I Nicator.

At its height, during the second century BCE, the city and its immediate surroundings supported over half a million people. Another major urban center was Antioch. Located on the eastern shore of the Mediterranean Sea, the town quickly became a vibrant commerce center and the western capital of the empire. While Seleucid cities were dominated predominantly by a Greek minority, provincial governors came from the local, diverse populace, following the old Achaemenid model.

Although the Seleucids ruled over the largest portion of Alexander’s former empire, they had to constantly deal with internal issues and, more importantly, a troublesome Hellenistic kingdom to the West — Ptolemaic Egypt. Weakened by frequent and costly wars with the Ptolemies and unable to contain growing internal revolts in the eastern portion of their vast empire, Seleucid armies could not prevent the emergence of Parthia in the mid-third century BCE. Nor could they stop the Parthian expansion, losing large parts of their territory in the following decades. The Seleucid Empire was thereafter reduced to a rump state in Syria until its conquest by the Roman general Pompey the Great in 63 BCE.

Among the three Hellenistic dynasties, Antigonids were the ones who reigned over a predominantly Greek kingdom, with its center in Macedon — Alexander the Great’s homeland. It was also a twice-established dynasty. The first founder of this Hellenistic kingdom, Antigonus I Monophthalmos (“the One-Eyed”), initially ruled over Asia Minor. However, his attempts to control the whole empire resulted in his death at the Battle of Ipsus in 301 BCE. The Antigonid dynasty survived but moved westwards into Macedon and mainland Greece.

Unlike the other two Hellenistic kingdoms, the Antigonids did not have to improvise by trying to incorporate foreign peoples and cultures. Their subjects were mainly Greeks, Thracians, Illyrians, and people from other northern tribes. This fairly homogenous population did not make their rule easier, however. Wars depopulated the land, and many soldiers and their families went east to the new military colonies established by Alexander and other rival Hellenistic rulers. In addition, their borders were under constant threat by northern tribes. Greek city-states in the south also presented a problem, resenting Antigonid control. This animosity was exploited by their Ptolemaic rivals, who aided the cities in their rebellions.

By the second century BCE, the Antigonids managed to subject all the Greek poleis, using the mutual hostility between the city-states in their favor. Yet, the establishment of the Hellenistic league was not enough to counter a growing western power, which would eventually spell doom to all Hellenistic kingdoms — the Roman Republic. The defeat at Cynoscephalae in 197 BCE was the first blow, confining Antigonids to Macedon. Finally, the Roman victory at Pydna in 168 BCE signaled the end of the Antigonid dynasty.

Not all of Alexander the Great’s diadochi succeeded in establishing a dynasty. For a brief time, the son of Macedon regent and king Antipater — Cassander — controlled Macedon and all of Greece. However, his death in 298 BCE and the failure of his two brothers to hold the throne ended the Antipatrid dynasty, preventing the creation of a powerful Hellenistic kingdom. Lysimachus, too, failed to create a dynasty. Following the empire’s partition, Alexander’s former bodyguard briefly governed Thrace. Lysimachus’ power reached its apex following the Battle of Ipsus, with the addition of Asia Minor. However, his death in 281 BCE marked the end of this ephemeral Hellenistic kingdom.

Several Hellenistic kingdoms emerged in Asia Minor following Lysimachus’ death. Pergamon, ruled by the Attalid dynasty, and Pontus, were the most powerful. For a brief time, under king Mithridates VI, Pontus presented a real obstacle to Roman imperial ambitions. The Romans also dashed the attempts of Epirus to expand its influence in southern Italy. Finally, in the easternmost part of the Hellenistic world lay the Graeco-Bactrian Kingdom. Formed in 250 BCE after the Parthians divided the Seleucid empire in two, for over two centuries, Bactria acted as the intermediary on the Silk Road between China, India, and the Mediterranean, growing rich in the process.