HomeAncient HistoryThe Bactrian Kingdom: Greeks at the Extremities of the Known World

The Bactrian Kingdom: Greeks at the Extremities of the Known World

The Greeks were famously a seafaring people who established cities throughout the Mediterranean. Less well-known is the existence deep in Central Asia of the Bactrian Kingdom. 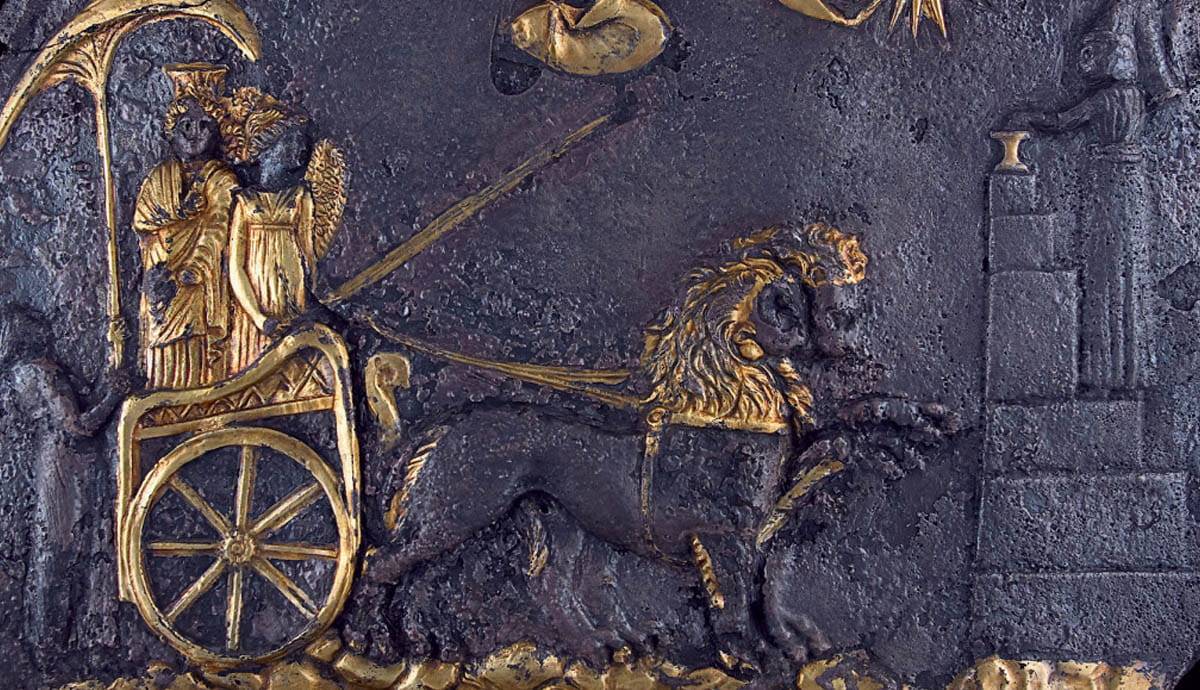 The conquests of Alexander the Great were truly far-reaching, bringing Greek people and culture to lands far from the Mediterranean. By 323 BCE, his empire covered not only most of Greece but also Egypt, Babylonia, and Persia, and extended as far as the fringes of India. Yet this colossal empire was short-lived, and once he died, it was split among his rival successors, the Diadochi. The Greek world of the Hellenistic Period (323-31 BCE) was suddenly much larger, and unlike before, much more diverse, a time of cultural transformations and blending brought by the arrival of the Greeks deep into western and central Asia. At the very eastern limits of this realm lay Bactria, a far-flung region and isolated outpost which would host the unique Greco-Bactrian Kingdom.

The Greeks and the Formation of the Bactrian Kingdom

It was its distance and isolation from the Mediterranean sea, the heart of Greek civilization, that made the flourishing Greeks of Bactria all the more surprising. Tucked between the northern slopes of the mountains of the Hindu Kush and the Oxus River, and separated from the Mediterranean by long stretches of desert and mountains, the region was just about as far as one could get from the center of the world as known by the Greeks.

However, a Greek presence is attested in the region quite some time before Alexander the Great’s arrival in 329 BCE. The Greek historian Herodotus wrote that during the Greco-Persian wars (499-449 BCE), after having besieged the Greek colony of Barca in Cyrenaica for nine months, the Persian King Darius reduced the city’s population to slavery and “gave them a town of Bactria to live in”.

Yet it was not until Alexander’s conquest that the Greek presence in the region became more substantial. After his death, it formed the easternmost part of the Seleucid Empire, named after the Greco-Macedonian dynasty which governed much of the Middle East during the Hellenistic period.

The Seleucids were not to hold onto Bactria for long. At some point in the mid-third century BCE, the region seceded from the empire and formed the Bactrian Kingdom under Diodotus I Soter, which would last until the beginning of the first century BCE. Remarkably, Diodotus, the first king of an independent Bactrian realm, was a Bactrian-born Greek. This kingdom expanded beyond Bactria proper, approaching the Caspian Sea in the west and India in the east at its peak, and covering much of modern Afghanistan, Uzbekistan, Tajikistan, and Turkmenistan. The adventures of the Greco-Bactrian king Demetrius I in c. 200 BCE into north-western India would result in the establishment of an Indo-Greek Kingdom there which would outlast even the Bactrian Kingdom.

A Greek City in Central Asia

With their arrival, the Greeks brought their urban way of life and the Bactrian Kingdom acquired a reputation as the wealthy “land of a thousand cities”. Perhaps the most curious remnants that still survive are those of the city of Ai-Khanoum, the easternmost bastion of Hellenism. Even its historical Greek name is a point of contention among historians today. Its current name, Ai-Khanoum, is Uzbek for “Lady Moon”. Fragmentary evidence from the time has led to suggestions ranging from Alexandria on the Oxus to Eucratidia.

The city was founded around 280 BCE, allegedly by a Greek, Kineas of Thessaly. With its Greek inhabitants came the facilities that were part and parcel of Hellenic urban culture. The city possessed structures characteristic of the Greek poleis such as a theatre that hosted some 5,000 spectators, a gymnasium, a propylaeum (a monumental gateway complete with Corinthian columns), and two mausoleums. These were not mere architectural statements, but urban institutions which facilitated the spread of Greek culture and practices. The city was arranged along a main street which ran its length, from north to south, and included an upper and lower city, typical of Greek urbanism (picture, for example, the Athenian Acropolis and the city below it).

The Greek character of Ai-Khanoum is visible too in its finer details; Greek art has been uncovered in abundance. The ruins of the royal palace revealed pebble mosaics portraying dolphins and crabs in the bathroom. Porticoes lined with columns of the Corinthian and Doric orders, and a few Ionic, were built into the courts and halls of the palace, the gymnasium, and propylaea. Notably, in the gymnasium, an exquisite Herm pillar of an old man was discovered, which easily matches the artistic standards found elsewhere during the Hellenistic period. It is certain, then, that in this city resided a school of craftsmen producing Greek art of notable quality.

Supposedly, at some undetermined point in the third century BCE, a man named Clearchus, who subscribed to the Peripatetic school of philosophy, traveled to Ai-Khanoum. Some consider him to have been the philosopher Clearchus of Soli, in Cyprus.

He brought with him the Delphic maxims (a series of sayings ascribed to the Seven Sages of Greece) from the Temple of Apollo at Delphi, a sacred site in mainland Greece, and inscribed them on the heroön (hero-shrine) of Kineas.

“In childhood, be well behaved,

in youth, have self-control,

in old age, be of wise counsel,

in death, be without sorrow.”

Clearchus labeled them with his own dedication:

“The wise words of men of old, words of celebrated men,

are set up in most holy Pytho.

From there Klearchos copied them meticulously,

and had them drawn up, brilliant from afar, in the temenos of Kineas.”

The identity of the inscriber is, as with much concerning Ai-Khanoum and the Bactrian Kingdom, uncertain. If this was truly the renowned philosopher from Soli, that would suggest that Ai-Khanoum was known among some Greek intellectuals in the Mediterranean and was thought to be worth visiting. Alternatively, he could have been a resident of Ai-Khanoum who was sent 5,000 miles away to Delphi to receive an oracle for the city. This suggests there were literate residents who read Greek, and that the city endeavored to foster a Greek religious identity.

There are other fascinating allusions to the flourishing of Greek culture. Virtually every piece of remaining writing found here in Ai-Khanoum is Greek, with the exception of a single potsherd inscribed with Aramaic. The palace treasury has even revealed a papyrus with a fragment of what may be a lost philosophical work by Aristotle and parchment inscribed with a Classical Greek tragic drama — the latter all the more revealing when we remember the residents of Ai-Khanoum possessed a theatre with a high capacity.

Given the few remains left behind in Ai-Khanoum and the wider Bactrian Kingdom, it is easy to surmise that in Bactria, a quintessentially Greek civilization flourished. It must have undergone a “Hellenization” process, in which Greek culture, language, religion, and hence identity were adopted by non-Greeks. Indeed, a significant mass migration of Greeks to faraway Bactria is unlikely, so native Bactrians adopting the incomer culture must have played the greater part in affecting cultural transformation.

Yet, in reality, the Bactrian Kingdom was not a typical Greek state. Its reputation as a land of a “thousand cities” is certainly a romantic exaggeration or a reference to many smaller villages which were almost certainly not populated by Greeks. The Greeks of Bactria were always a minority, and far from the Mediterranean heart of Hellenism, were naturally bound to absorb influences from native cultures.

Ai-Khanoum itself, despite its Greek character, did not resemble a strictly Greek city. All the roofs were flat, typical of central Asia, but unlike the Greek tiled roof. Also, the walls of domestic and public buildings alike were constructed from mudbricks, and floors were made of beaten earth and covered with carpets, all characteristic of local architectural traditions. The royal palace, despite its Greek details, was built in the Achaemenid style.

In close contact, these opposing styles were naturally bound to converse. Several temples are attested, and the main one, despite having been built in a local and Mesopotamian style, housed a monumental statue of the Greek god Zeus, from which survives only a giant foot. This unification of Greek and Near Eastern religious tradition is beautifully portrayed on a striking silver disk depicting the Phrygian goddess Cybele accompanied by the winged victory goddess Nike on a chariot driven by lions, the Greek solar god Helios overlooking them, and a Persian Zoroastrian fire altar.

The Bactrian Kingdom also adopted the monetary economic system common to the rest of the Greek world, and equipment for minting coins has been discovered in Ai-Khanoum. Excavations throughout Bactria have revealed a large number of bronze and silver coins, particularly fascinating are those minted by Agathocles I, whose reign (190-180 BCE) bears a particularly extensive coinage. He was the first king to introduce bilingual legends in his coin issues, mostly in Greek and Brahmi (an ancient script which became universally common in India/South Asia), and even came to incorporate Buddhist symbols, and Hindu and other early Indian deities — in truly Greco-Bactrian style, a fusion between Greek and nearby Asian elements.

An Era of Hybridity: The Hellenistic Period and the Bactrian Kingdom

The Hellenistic period was, in essence, an era of revolution in the concept of Greek-ness. Propelled by the expansions of Alexander, Greeks migrated, encountered, and mixed with peoples far from their homelands, and so forged new manifestations of Greek identity.

The identity of the Greco-Bactrians was more complex than simply Greek versus Bactrian. As the remains of Ai-Khanoum suggest, they were a product of both cultures. The Greco-Bactrians so absorbed the dominant local customs that it not only set them apart from other Greeks but would, with time, result in the gradual disappearance of Hellenic culture in central Asia, just as it was receding back to the Mediterranean with the fall of the Hellenistic powers and the rise of the Parthian Empire.

This cultural convergence is perhaps best evoked at Takht-i Sangin, the remains of an Iranian-style temple built in the Hellenistic Period a hundred miles downstream from Ai-Khanoum. Among the ruins were discovered a set of Greek-style offerings dedicated by men with Bactrian names to the local river-god Oxus. The most notable one is a little bronze figurine of the mythological Greek satyr Marsyas with a Greek inscription reading, “Atrosokes dedicated this to Oxus, in fulfillment of a vow.” Another inscription found in the temple (reading: “Iromois, son of Nemiskos, molrpalres, dedicated to Oxus a bronze cauldron weighing seven talents, in accordance with a vow”) is even more telling. The dedication is written in perfect Greek form, but the dedicator’s name is Iranian, the father’s name either Greek or Kushan and the world molrpalres is Bactrian for “keeper of the seal”.

If the cultural and ethnic landscape of the Bactrian Kingdom and Hellenistic period can be summarized in one word, “hybridity” is a good contender. 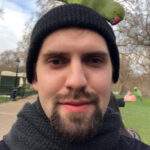 By Fabio FernandesMA Ancient History, BA Ancient WorldFabio is an Ancient History and Classics BA and MA graduate of University College London, where he mainly focused on cities, intercultural contact and cosmopolitanism in the Hellenistic and Roman worlds. He is captivated by the written word, good food and the melancholy of the ruins of antiquity.