The Parthians built one of the ancient world’s greatest empires. Yet, nowadays, little is known about Parthia, a major power that rivaled Rome for 400 years. 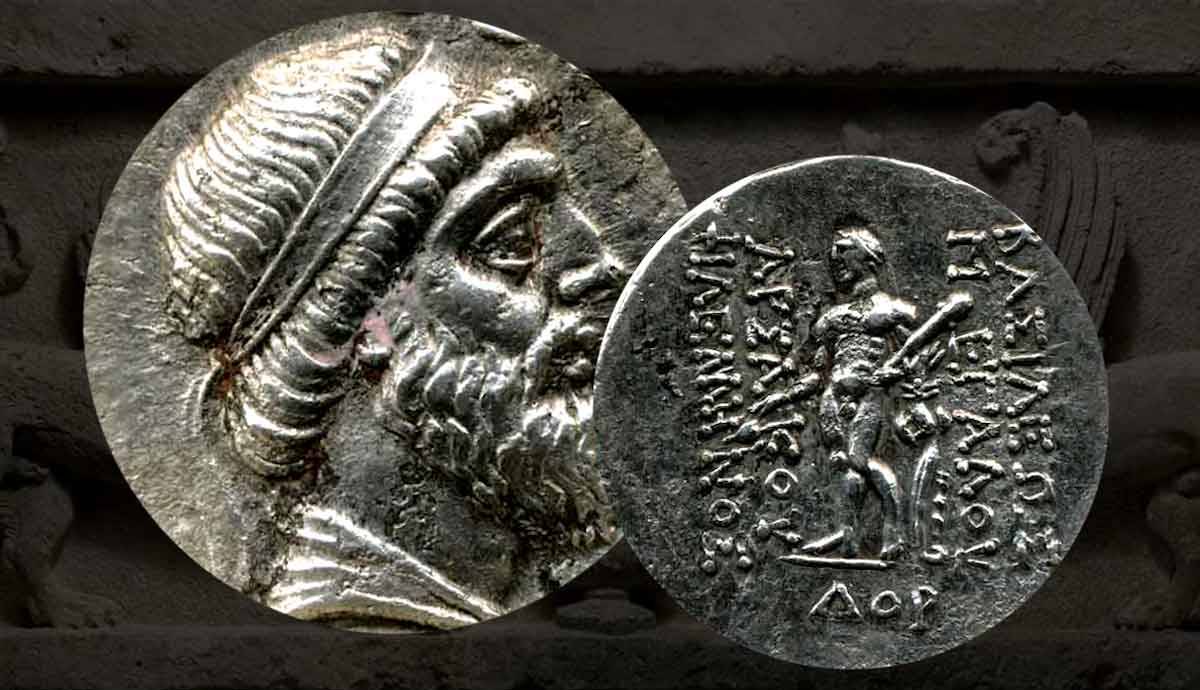 In 53 BCE, the Roman legions suffered a humiliating defeat at the Battle of Carrhae. A long series of wars followed, but Rome failed to eliminate their nemesis — Parthia. At its height, the Parthian Empire ruled over a vast territory, stretching from the Euphrates to the Himalayas. Gaining control of the Silk Road made Parthia rich, allowing its tolerant rulers to revive the greatness of the Achaemenid Empire and emulate its multiculturalism.

In addition, their immense wealth funded a state-of-the-art army, which for centuries dominated the battlefield. Then, in a unique twist, this powerful and wealthy empire, which proved to be an insurmountable obstacle for Rome’s legions, was almost completely erased from history. It was not destroyed by its eternal rival but by an enemy much closer to home — the emergent power of the Sassanid Persian Empire.

The Rise of Parthia

Following the death of Alexander the Great, his closest companions and generals — the diadochi — carved up his massive empire. Its largest part, consisting of the former Persian hinterland, came under the control of Seleucus I Nicator, who founded the Seleucid dynasty in 312 BCE after a series of conflicts.

However, constant wars with the Ptolemies of Egypt weakened Seleucid control over the eastern part of their vast empire. In 245 BCE, the governor of Parthia (present-day northern Iran) exploited one such conflict and revolted, declaring his independence from the Seleucid Empire. His success, however, was short-lived. A new threat arrived, this time not from the East, but instead, from the North. In 238 BCE, a small nomadic group known as the Parni, led by one Arsaces, invaded Parthia and swiftly took over the province. The Seleucids promptly responded, but their forces could not reconquer the area.

In the years that followed, the Parni were gradually absorbed by the indigenous Parthians, creating a strong foundation for an empire. The war with the Seleucids continued, going back and forth for several decades. However, by the mid-second century BCE, the Parthians had conquered all the core territories of the old Achaemenid Empire, including the fertile plains of Mesopotamia. Unsurprisingly, the Parthian rulers chose this wealthy and strategically important region to build their new capital, which quickly became one of the most important cities in the ancient world — Ctesiphon.

A Wealthy and Cosmopolitan Power

Ctesiphon was ideally situated at the center of a vast empire that stretched from Bactria (present-day Afghanistan) in the East to the Euphrates in the West. Like its Achaemenid predecessor, Parthia, too, was a cosmopolitan empire comprised of people who spoke many different languages, and who belonged to many different cultures and religions. The Parthian ruling house — the Arsacids — was not linked directly by blood to their Persian predecessors. However, they considered themselves the legitimate heirs of the Achaemenid Empire and followed in their stead, promoted multiculturalism. As long as they paid taxes and recognized Arsacid authority, Parthian subjects were free to follow their religions, customs, and traditions.

The dynasty itself reflected the inclusivity of its empire. The first Parthian ruler — Arsaces I — adopted Greek as the official language. His successors followed this policy and minted coins following the Hellenistic model. Greek legends were paired with familiar Hellenistic iconography, from the club-wielding figure of Hercules to epithets like Philhellene, “Lover of Greeks”. Art and architecture displayed both Hellenistic and Persian influences. But Parthia’s Iranian heritage retained its importance and even strengthened over time. The Arsacids preserved and propagated the Zoroastrian religion, and they spoke Parthian, which, over time, supplanted Greek as the official language. In part, this shift was the Parthian response to the growing power and threat of its western rival — the Roman Empire.

Clash of Civilizations: Parthia and Rome

Throughout its existence, the Parthian Empire remained a major power in the ancient world. While the eastern border was largely quiet, Parthia had to confront its aggressive neighbor in the West. Following the victories against the Seleucids and the state of Pontus, the Romans reached the Parthian border. However, in 53 BCE, the Parthians halted the Roman advance, annihilating their legions and killing their commander, Marcus Licinius Crassus. During this battle, the Parthian cavalry employed its signature “Parthian Shot,” with devastating results. First, mounted troops advanced, only to go into a tactical or feigned retreat. Then, their archers turned around and showered the enemy with a lethal volley of arrows. Finally, the Parthian heavily armored cataphracts charged at the helpless and confused legionaries, who panicked and fled the battlefield.

In 36 BCE, the Parthians scored another major victory against the Romans, defeating Mark Antony’s legions in Armenia. By the first century CE, however, hostilities ceased, and the two powers established a boundary along the Euphrates River. Emperor Augustus even returned the eagle standards that Crassus and Antony lost. The ceasefire was only temporary, as both the Romans and Parthians wanted control over Armenia, the gateway to the great steppe, and central Asia. However, neither side could make a breakthrough. Despite Emperor Trajan’s brief conquest of Mesopotamia in 117 CE, the Romans failed to solve the “eastern question”. The Parthians, weakened by the internal struggles, could not take the initiative either. Finally, in 217, following Caracalla’s sack of Ctesiphon and the emperor’s sudden demise, the Parthians exploited the opportunity to take control of the key fort of Nisibis, forcing the Romans to agree to a humiliating peace.

The Collapse and Disappearance of Parthia

The reversal of fortunes and triumph at Nisibis was Parthia’s last victory over its western rival. By then, the 400-year-old empire was in decline, weakened by its costly wars with Rome as well as by dynastic struggles. Ironically, Parthia’s end mirrored its rise. Once again, an enemy came from the east. In 224 CE, a Persian prince from Fars (southern Iran) — Ardashir — rebelled against the last Parthian ruler. Two years later, in 226, Ardashir’s troops entered Ctesiphon. Parthia was no more, its place taken by the Sassanid Empire.

If anyone in Rome celebrated, they would soon regret it. The Sassanid’s determination to reconquer all the old Achaemenid lands brought them on a direct collision course with the Roman Empire. Sassanid aggression, fueled by their nationalistic zeal, led to frequent wars in the centuries that followed, leading to the death of more than one Roman emperor.

However, Romans were not the only targets of this new and powerful empire. To strengthen their legitimacy, the Sassanids destroyed the Parthian historical records, monuments, and works of art. They promoted Iranian culture and traditions, especially Zoroastrianism. This ideological and religious zeal would only continue to grow in the following centuries, leading to frequent conflicts with the Romans.

8 Key Facts About the Parthian Empire

8 Key Facts About the Parthian Empire

Who Was Seleucus I? 11 Facts About The Seleucid Empire’s Founder