HomeAnswersWho Was Zheng He and Why Is He Important?

Who Was Zheng He and Why Is He Important? 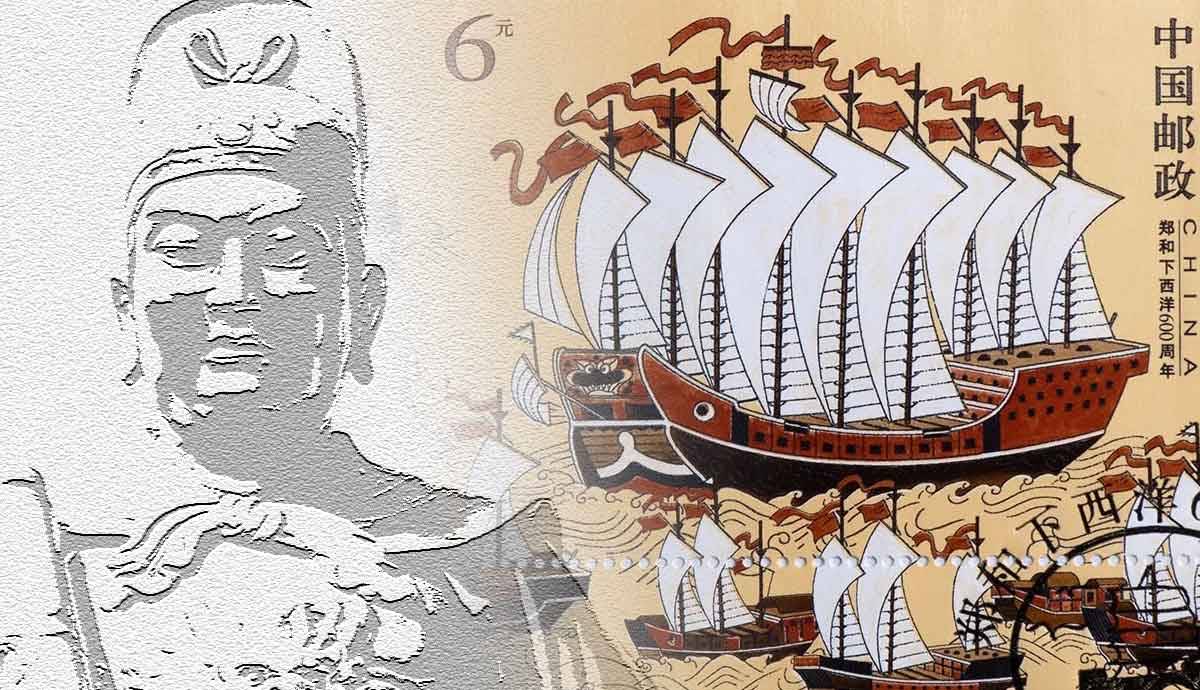 Before Vasco da Gama reached India, before the Age of Exploration, admiral Zheng He commanded a grand navy, expanding the influence and prestige of Ming China. Under his leadership, the Chinese fleet embarked on seven long-distance voyages, sailing from Southeast Asia to India, and from the Persian Gulf to East Africa. The so-called “Treasure Fleet” was a sight to behold, numbering over 300 vessels, including giant “treasure ships” – the largest vessels to sail the high seas up to the end of the 19th century. Zheng He’s fleet fulfilled its mission, increasing the prestige of the Chinese Empire overseas, but it failed to take the next logical step.

Following Zheng He’s sudden death, the voyages came to a halt. After dismantling its massive fleet, China closed its borders to the world, leaving supremacy over the high seas to the emerging European colonial powers.

Zheng He Was an Unlikely Admiral

Zheng He was an unlikely admiral. The great seafarer and one of the most powerful figures of Ming China was born far from the sea in the landlocked Yunnan province. However, after the Chinese invasion of Mongol-ruled Yunnan, young Zheng He ended up in captivity. The boy was ritually castrated and entered the Ming court as a eunuch. There, Zheng met his future patron, ally, and emperor of China: Zhu Di. After becoming the Yongle emperor in 1402, Zhu Di and Zheng He, now the second most powerful man in Ming China, sketched out a bold plan to conquer the high seas. A plan that would bring China, albeit briefly, to the world stage.

The Construction of “Treasure Fleet”

The emperor had an ambitious plan: to demonstrate Ming power to the world and revive the golden eras of the Han and Tang dynasties. The largest navy the world had ever seen would sail to distant lands and “persuade” foreign rulers to recognize China and its ruler as their overlords. In return for gifts of tribute, China would establish and maintain trade and diplomatic connections. With this in mind, the Yongle emperor ordered the construction of an enormous fleet of more than three hundred ocean-going ships. The highlight of the fleet were undoubtedly the famed “treasure ships” or baochuan – the giants in every sense of the word, 122-meter-long (over five times the size of Columbus’ caravels!). And Zheng He, the emperor’s closest confidante and friend, was put in command of the “Treasure Fleet.”

Zheng He Embarked on the Seven Voyages

In 1405 Zheng He embarked on the first of seven voyages (Seven voyages Zheng He article). His massive fleet, carrying nearly 28 000 men, comprised around 255 vessels, 62 being enormous “treasure ships.” After reaching the shores of Vietnam (recently conquered by the Ming), the fleet passed the Strait of Malacca and sailed west across the Indian Ocean, visiting Ceylon (present-day Sri Lanka) and Calicut on the southwestern coast of India. Malabar coast, the centre of the Indian Ocean trade since ancient times, was also the terminus of the first three expeditions.

The fourth expedition reached Hormuz in the Persian Gulf, a meeting place for the maritime and overland Silk roads. The later voyages went even further west, entering the Red Sea and sailing to the East African coast. Despite some of the claims, Zheng He’s ships never sailed to the Americas.

The “Treasure Fleet” and Gunboat Diplomacy

At every stop the “Treasure Fleet” visited, Zheng He would establish diplomatic and trade relations with the locals. The Chinese would collect tribute and exchange gifts, including spices, frankincense, ivory, precious gems, and even exotic animals. Famously, the fourth expedition brought back to China a giraffe, described by a contemporary as qilin – a unicorn-like creature whose head rested on a long neck, over five meters long (evidently an exaggeration).

Zheng He, however, did not shrink from violence when he considered it necessary. He used the guns of his giant ships to ruthlessly suppress the pirates who had long plagued Chinese and southeast Asian waters and waged mini-wars with the local rulers unwilling to cooperate.

Zheng He’s Death Brought the Voyages to an End

During his 28-year naval career, admiral Zheng He and his “Treasure Fleet” visited thirty-seven countries, establishing Ming China as the maritime superpower. Then, China’s Age of Exploration came to a crashing halt. In 1433, while returning from the seventh voyage, the 62-year-old admiral died and was buried at sea. The political intrigues at the court, and the Mongol threat on the Empire’s northern border, led to the “Treasure Fleet’s” destruction. Even records of Zheng He’s expeditions were torched.

The Ming emperors shifted their priorities inwards, closing China to the world and leaving the high seas to the European navies of the Age of Exploration. When China finally emerged from its long slumber, it faced a much different world, one in which the ruler of “all under Heaven” was inferior, while foreign fleets ruled the high seas.