HomeStoriesWhy was the Battle of Stalingrad So Significant?

Why was the Battle of Stalingrad So Significant?

The Battle of Stalingrad was the bloodiest and arguably the most important battle of World War II. Here’s why.

May 25, 2022 • By Greg Beyer, BA History and Linguistics, Diploma in Journalism 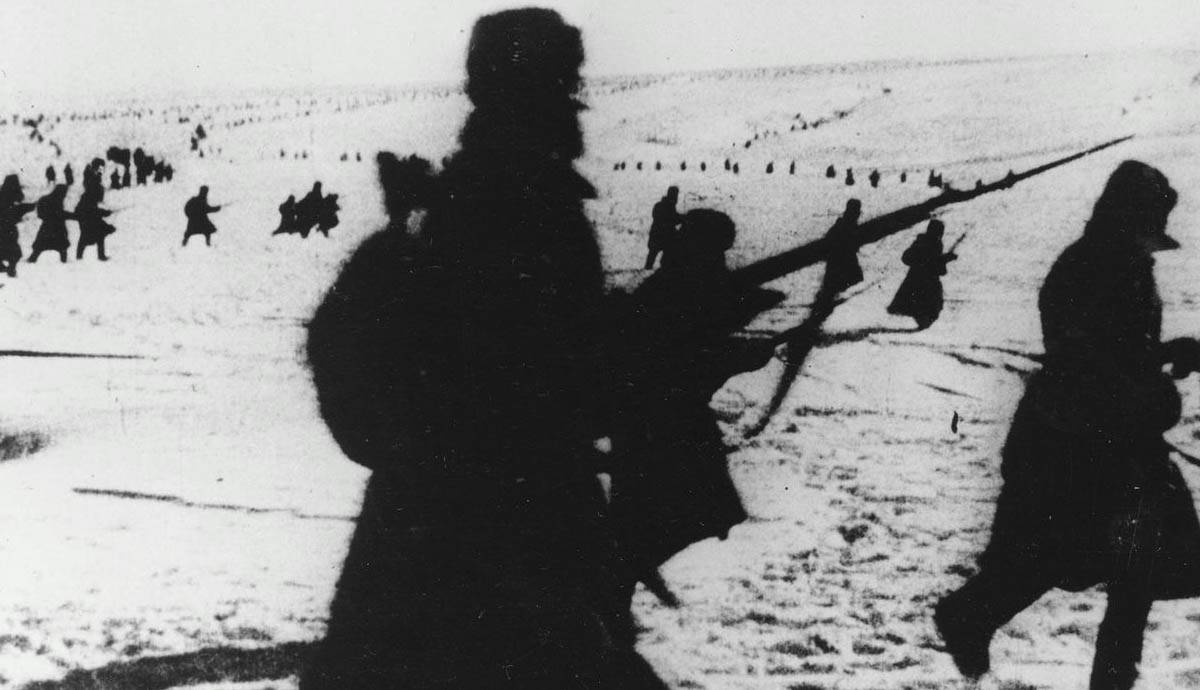 Some historians consider the Battle of Stalingrad to be the greatest and most important battle of World War II. On both sides, the effort was gargantuan. The number of men and the amount of equipment involved were unprecedented. The Germans knew that if they did not take Stalingrad, their chances of success against the Soviets would evaporate. Similarly, the Soviets knew that if they lost Stalingrad, their enemy would have access to the vast oil fields they needed to continue the offensive, and it would sever transport links with Southern Russia. It would spell doom for the Russian war effort.

The Lead-Up to the Battle of Stalingrad

The battles in Britain and France had been ones where the soldiers respected each other as fellow warriors and human beings. This was very far from the case in the east. The war between Germany and the Soviet Union was an existential one. Capture almost certainly meant death. Little quarter was asked, and even less was given. It was a fight to the death, and only Germany or the Soviet Union would end up surviving. There was no compromise on this position, as the Nazis were committing the greatest genocide in world history on the battlefield against the Soviets.

“Operation Blue” was the German plan to eliminate Soviet forces and secure the economic resources in Southern Russia. From this point, German troops could either wheel north and drive on Moscow, or they could carry on their success in the south to conquer the rest of the Caucasus. Central to this plan working would be the capture of an industrial city that stretched 50 kilometers along the banks of the Volga River, a city that bore the name of Hitler’s arch-nemesis, the city of Stalingrad.

Under the leadership of Field Marshal Fedor von Bock, German operations began on June 28, 1942. The Germans got off to a good start with a string of victories.

Hitler, however, intervened with the success of the plan and decided to split the army in two to attack both Stalingrad and the Caucasus simultaneously. The split created a gap between the two armies and allowed the Soviet forces there to avoid encirclement and escape to the east.

The initial Soviet response was for an orderly withdrawal to avoid being encircled as many Soviet armies were during the beginning of Operation Barbarossa, but Stalin’s decree, Order 227, put an end to that idea, stating “not a step back.” The Soviets formed an army and prepared to defend Stalingrad. Stalin further refused to evacuate the civilians, believing that Russian troops would fight harder knowing that Russian civilians were near.

By the end of August, the city was in sight of the German military. German armies under Hoth and Paulus linked up and began their eastward push into the city, encountering stiff resistance from the Soviets. This slowed the Germans down significantly but at the cost of 200,000 Soviet casualties.

The attack on Stalingrad itself began with heavy bombing from the Luftwaffe. One thousand tons of bombs were dropped on the city, reducing it to rubble. Civilians who tried to flee were either shot or captured. The Germans reportedly took 40,000 as slave laborers. Of 400,000, only 10,000 to 60,000 civilians remained in the city.

Despite slowing the Germans down, the situation for the Soviets was critical. All available troops, some from as far away as Siberia, were rushed to the east bank of the Volga. There was little time for coordination, and piecemeal attempts to cross the Volga were easy targets for the Luftwaffe.

German air raids continued as Soviet civilians were put to work digging trenches and making other protective fortifications. Soviet casualties were extremely high from these raids, and the numbers stopped being recorded.

Before other Soviet soldiers could arrive, the initial defense of Stalingrad fell on the 1077th AA Regiment, an anti-aircraft militia made up of women. The resistance they put up was unshakeable, and the Germans had to destroy all 37 of their AA guns before they could advance. The Germans were shocked when they found out that they had been fighting against women.

In September, fierce counter-attacks from the Soviets hampered the German advance, but each one was beaten back with severe casualties. With the aid of the Luftwaffe, which had air superiority, it was almost impossible to halt the German offensive in any sector. One counterattack was momentarily successful; however, the struggle for control of Mamayev Kurgan and Railway Station No. 1. In the first 24 hours of the assault, the Soviet 13th Guards Rifle Division lost over 30 percent of its soldiers. Both objectives were temporarily back in Soviet hands, but the fighting was brutal. The railway station changed hands 14 times in the space of six hours. By the end of the assault, only 320 of the original 10,000 soldiers of the Soviet division had survived, and the division itself had ceased to exist.

The Germans made slow but steady progress. It was difficult and bitter fighting through the rubble and broken buildings that the Germans referred to as Rattenkrieg (rat war). Despite their successes, the Germans couldn’t capture the ferry crossings, and the Russians still had access to their supply lines on the eastern bank of the Volga.

After days of brutal fighting, the German army found itself in the industrial sector of Stalingrad. The Soviets had fortified it and were preparing to defend three key positions: Red October Steel Factory, the Barrikady Arms Factory, and Stalingrad Tractor Factory. The Germans prepared for days to remove the Soviet presence before launching one of the most savage assaults of the entire war.

The Soviet forces were pushed back even further under withering fire until all that was left of the Soviet defense was “Lyudnikov’s Island,” a small patch of ground behind the Barrikady Factory. The Soviet forces there resisted all German attempts to wipe them out, and the 138th Rifle Division became a symbol of the stubborn resistance to the German attempts to take Stalingrad.

After three months of slow advance, the Germans had reached the Volga, and Soviet defenses had been reduced to two small pockets along the river’s banks. Despite this, fighting continued, and as the weather got colder, things were about to get much worse.

The Soviet counter-offensive was launched on November 19, 1942. German intelligence had been lacking, and it failed to notice the severity of the situation. Three full Soviet armies had amassed. In a massive pincer movement, over a million Soviet soldiers took part in Operations Uranus and Mars, smashing through the poorly defended German flanks held by Romanian troops. The weather turned bad, and the Luftwaffe became ineffective, evaporating any chance for a successful defense.

Four days after the start of the operation, the two elements of the Soviet advance met up in the town of Kalach, sealing the German 6th Army in Stalingrad. There was no escape. The Germans were completely encircled, and with the onset of the coldest Winter on record, the suffering would be immense.

The Demise of the 6th Army

Hundreds of thousands of German soldiers were now trapped, and Hitler had forbidden them from trying to break out. If need be, they would fight and die in Stalingrad. Hitler had made it perfectly clear that there would be no surrender.

The job fell to the Luftwaffe to provide supplies for the beleaguered 6th Army, but like all of Goering’s claims about the abilities of his Luftwaffe, it was not up to the task. Out of the 700 tonnes needed per day, the Luftwaffe only managed to get an average of 85 tonnes through to the 6th Army per day. Not only did the Luftwaffe completely fail to get enough supplies through, but the toll on the Luftwaffe was exceedingly high.

German attempts to break through to the 6th Army failed, and a Soviet offensive managed to capture both airfields in the city. The German 6th Army was now trapped, freezing, starving, running out of ammunition, and had no way of getting resupplied. Despite the grim outlook, they continued to battle in bitter house-to-house combat. This was partly because of the belief that they would simply be shot if captured.

The Soviets repeatedly offered the Germans a chance to surrender. Field Marshal Paulus commanding the 6th Army requested from Hitler the order to surrender, to which Hitler replied that he should hold fast “to the last soldier and the last bullet.” Hitler later told Goebbels that it was a “heroic drama of German history.”

Paulus was eventually captured on January 31, 1943, and along with him, most of the German army also capitulated. However, several pockets of SS soldiers refused to surrender and fought to the last.

After the Battle of Stalingrad

There were about 800,000 Axis casualties. This included dead, wounded, missing, and captured. The Soviets suffered over 1,129,000 casualties. In total, it is estimated that over 1,200,000 people died during the battle. This includes approximately 40,000 civilians.  The Luftwaffe lost about 900 aircraft, while the Soviets lost almost three times that number. In addition, many thousands of guns and tanks were destroyed on both sides.

The difference, however, was that the Soviet industry was able to replace lost ordnance. In contrast, the Germans had lost their lifeline to the oilfields in the Caucasus and were struggling to meet production quotas. It was clear that Germany had run out of options. Several months later, the Germans made one last attempt to save its Russian campaign at Kursk, the biggest tank battle in history, but that too was an unmitigated failure.

Stalingrad not only blunted the German ability to wage war, but it broke it almost completely. It was the most defining and important moment in the war on the Eastern Front and arguably the entire war. The scope of the German loss meant that Germany would never be able to recover any kind of force capable of pushing the Soviets back, who were now poised to retake all of their lost territory and push on to Berlin.