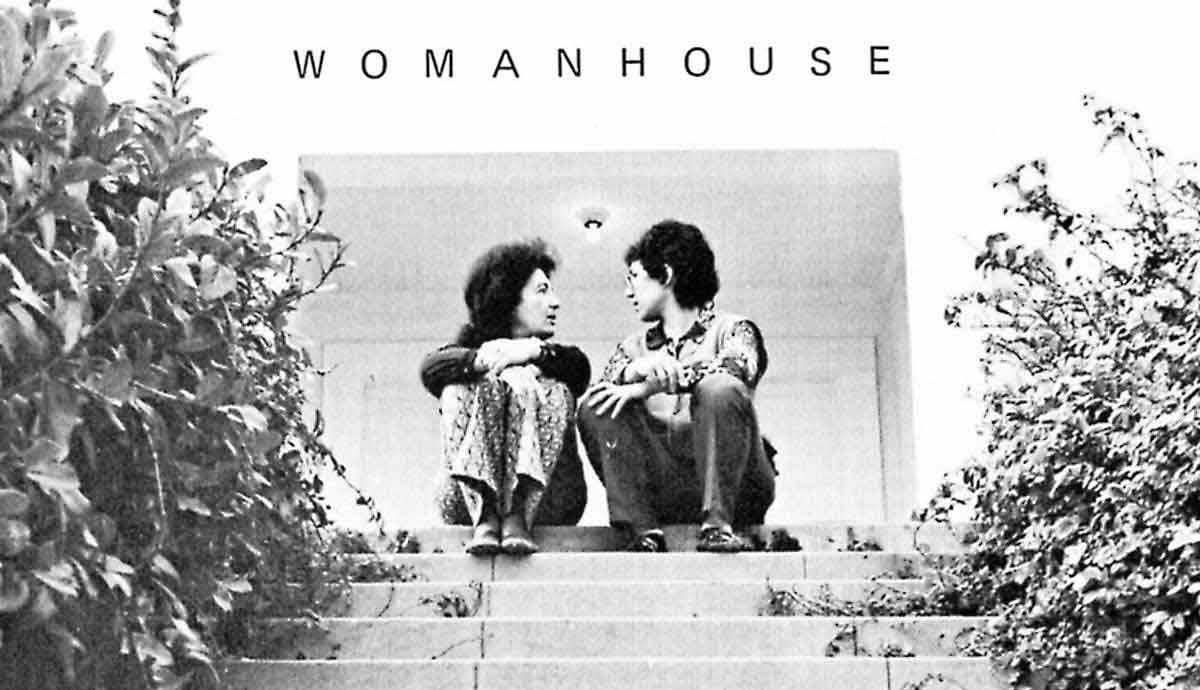 From January 30 to February 28 in 1972, the installation and performance piece Womanhouse was open to the public at 533 Mariposa Street in Hollywood, California. It was created by the American artist Judy Chicago, Miriam Schapiro, and other artists of the Feminist Art Program at the California Institute of the Arts. Inside the house, viewers could visit different rooms and experience performance art. For this project, Chicago and Schapiro completely transformed a run-down building with the help of their students and local artists. Here is the story behind Miriam Shapiro’s and Judy Chicago’s Womanhouse.

The Origins of Miriam Schapiro’s and Judy Chicago’s Womanhouse

When the construction of the Valencia campus at the California Institute of the Arts was not finished yet, Judy Chicago, Miriam Schapiro, and the women of the Feminist Art Program had to find another place where they could carry out their work. In 1970, Judy Chicago started a feminist art program at Fresno State University. Its goals were to build a female environment, present positive female role models, and give students the possibility to express their experiences as women artistically.

The creation of a place where the women could meet, work, and collaborate was an essential part of the program. Chicago herself was unsatisfied with the male-centered education she received as an artist. She wanted to give other women support and the opportunity to create the images they want to make in order to develop a better sense of self. At the California Institute of the Arts in Los Angeles Chicago started another Feminist Art Program with the help of Miriam Schapiro, who was impressed by her efforts in the previous program.

Since their working and exhibition space at the California Institute of the Arts was not ready, they looked elsewhere for an appropriate substitute. A 17-room mansion in Hollywood that was supposed to be demolished became the place where Womanhouse would be realized. Unfortunately, the building had no plumbing, no heat, and broken windows. This meant the students, Chicago, and Schapiro had to clear out the building, replace the windows, and paint the walls, while also working on their art.

Since there was no plumbing and no heating, they had their lunches at a nearby restaurant where they could use the facilities. During the winter, they were wrapped up in warm sweaters. Because there was no water, they had to rinse out their brushes using a water tap outside. The house was far away from the campus which meant that many of the students had to carpool there every day while also working their side jobs. Needless to say, the project was a demanding and strenuous experience. One participant of the Feminist Art Program, Mira Schor, acknowledged the uniqueness of this intense period while also claiming that she made sure never to experience exactly that again.

Everything in the kitchen of Schapiro and Chicago’s Womanhouse, from the stove, refrigerator, sink, toaster, walls, floor, to the ceiling, was painted with store-bought pink paint. The walls were decorated with fried eggs made to resemble breasts. The theme of the kitchen was inspired by the women’s underlying associations with the kitchen, seen as a room where women fight for the love of their mothers, who often act bitter due to feelings of imprisonment. The house included many other rooms such as a dining room, a small black room with a crocheted web simulating a womb, and a linen closet with a mannequin inside.

Opening the Womanhouse to the Public

During the short time that Womanhouse was open to the public, around ten thousand people went to visit the art installation. The entire seventeen rooms of the house represented a deconstructed view of stereotypes concerning womanhood. Most importantly, the traditional roles of women in the domestic sphere were subverted by the artists’ parodical approach. Unfortunately, much of the project’s work was demolished after the exhibition. According to some statements, many of the visitors cried due to its moving nature. Let’s take a look at some of the artworks people were able to see at the Womanhouse.

The Performance Cock and Cunt Play

The performance piece called Cock and Cunt Play is one example of the ways artists used parody to highlight stereotypes in Womanhouse. It was written by Chicago and performed by Janice Lester and Faith Wilding. The piece challenged the notion that biological traits determine the role men and women play in society. The costumes of both performers were equipped with exaggerated and enlarged genitals.

Two Maintenance pieces were performed in Womanhouse. One titled Ironing was performed by Sandra Orgel, and the other one, Scrubbing, was performed by Chris Rush. Both demonstrated domestic tasks that are heavily linked to the idea of women’s work. Artists addressed both the repetitive nature of tasks like cleaning and the notion that women are also supposed to find meaning and fulfillment in this monotonous work. Instead, the stage directions emphasized the banality of these never-ending tasks. The directions went like this: Back and forth, over and over, her arms circle and circle the floor in continuous motion scrubbing with a brush and plenty of elbow grease. Later another woman irons a sheet, then another. Or is it the same sheet? Then another.

Lea’s Room from Womanhouse represented the room of the fictional character Léa from Collete’s novel Chéri. The novel revolves around the relationship between Léa, an aging courtesan, and Chéri, her much younger lover. Collete’s novel centers around the obsession over getting older, and the fear of not being attractive anymore. The performance that took place in Lea’s Room explored these themes in depth.

When visitors entered the installation, they saw the artist Karen LeCocq sitting in a lavishly decorated room applying make-up in front of a mirror, trying to achieve the standard ideals of beauty and youth. Dissatisfied with the result, she removed the makeup and started applying it again. LeCocq was seen wearing a pink lace dress complemented by an equally lacey pink ribbon on her head. The room was decorated with a Persian rug on the floor, satin pillows, and antique dresses hanging in corners smelling of perfume.

The Bathrooms of Womanhouse

Miriam Schapiro and Judy Chicago’s Womanhouse had three bathrooms that all represented different aspects of a woman’s life. These rooms were called the Menstruation Bathroom by Judy Chicago, the Lipstick Bathroom by Camille Grey, and the Fright Bathroom by Robin Schiff. The Menstruation Bathroom was painted white. The bathroom contained a shelf filled with menstrual hygiene products and deodorants. There were soiled Kotex in a white plastic trash can and Tampax on the floor.

The Lipstick Bathroom was painted completely red. That included the bathtub, a fur-covered toilet, the light bulbs on the ceiling, hair curlers, combs, brushes, and a hundred lipsticks. The room served as a depiction of society’s obsession with beauty products. In the Fright Bathroom, a female figure made out of sand was lying in a bathtub. Above her, a blackbird hung from the ceiling. The bathroom contained cosmetic bottles that were also filled with sand, alluding to the woman’s imprisonment.

Sherry Brody and Schapiro’s Dollhouse was the centerpiece of the Dollhouse Room. The piece now resides at the Smithsonian American Art Museum. Schapiro stated that the work combines the supposed safety and comfort of the home with the terrors existing within its walls. The work contains personal mementos from different women living all over the US, which were collected by Sherry Brody and Miriam Schapiro. The piece is made up of six rooms: a parlor, a kitchen, the bedroom of a Hollywood star, a nursery, a ​harem, and an artist’s studio. At first glance, the rooms seem serene, but dangerous animals like a grizzly bear, pecking birds, a rattlesnake, a scorpion, an alligator, and ten men staring through the kitchen window disturb the peace.

This entire project is often referred to as Judy Chicago’s Womanhouse, however, various artists were responsible for its creation. The fact that it cannot be attributed to only one person might have influenced the perception of the work. In her article on Womanhouse, Temma Balducci cited this as one reason why the work has been overlooked.

What Are Jan Van Eyck’s Most Famous Paintings?
By Rosie Lesso, in Art
4 Female Video Artists You Should Know
By Stefanie Graf, in Art

The Most Shocking & Controversial Art Ever Made