During World War II, women became more active outside of the household in the workforce and the Euro-American war effort. Here’s a look into their lives.

On the home front, women took over jobs in male-dominated industries. By utilizing their natural abilities and learning new skills, the women of World War II freed male resources so more men could join the United States’ war effort. However, positions also became available for women in the Army, Navy, Air Force, and Coast Guard as thousands of women filled critical roles overseas, like radio communications and map drawing.

By the end of World War II, women had a new drive to work and join the workforce. There was an eye for inequality in the workforce and a desire to do something about it. Women were dedicated to making a change and being more than just homemakers. They wanted to excel in something greater than themselves, starting with joining the workforce.

According to the National World War 2 Museum, Hitler considered Americans degenerates for allowing women to participate in the war. However, this participation was one of the reasons that helped Americans and the Allied Powers win the war.

World War II was one of the first times women were actively involved en masse in American war efforts. It was also the first time women had the opportunity to enter many male-dominated work industries. The new industries offered higher pay, especially for African American women who were given the opportunity to work in various fields not available before. These industries included engineering, automotive, finance, and factory work.

World War II introduced many opportunities to women, including taking new jobs on the home front. The integration of women into the military proved highly successful for the American army because it freed national resources so men could join the war effort.

As American men left overseas to combat the Axis forces of Adolf Hitler, new job opportunities became available to women. These job opportunities were great for working women who were single and absolutely necessary for women who had to maintain their households.

Eleanor Roosevelt made it possible for women to join these new careers by streamlining children’s care centers to prioritize childcare for working mothers. The childcare facilities allowed women to obtain jobs and support their families, something that would become revolutionary for the future of America.

Women had been homemakers for generations, with few taking up careers of their own in varying “feminine” fields. As homemakers, women were some of the main motivators for men fighting overseas. Many women wrote letters and sent encouragement to their loved ones during the war. Many women tended to get married right out of high school, which meant that these married couples started families young. Family also became the motivation for men as they fought. Young couples took every opportunity to have children when possible, making it their primary goal to have large families.

At this time, only some feminist women were career-oriented. However, it was necessary with men gone that women became the head of households, in charge of making money and controlling the finances. That meant they had to get a paying job to support their families and pay the bills.

As their husbands fought overseas, many women transitioned from homemakers to full-time workers. It was necessary to get jobs to pay bills, get food, and buy clothing for their children. Naturally, they first sought out jobs as teachers and nurses, but these careers were in low demand.

The women of World War II received new opportunities in job fields they had never had before, and many women were leaving home for the first time. These jobs were higher paying than the other jobs working women had before. Women were replacing men on the homefront and doing better jobs in some areas because of their expertise.

Women became mechanics, factory workers, bankers, and much more. At the same time, women were still raising children and maintaining the homemaker role. The concept of the All-American woman became well-rounded as women succeeded in raising children and attaining well-desired careers.

New branches were constructed with the sudden influx of women volunteering to serve with the Navy, Army, Marine Corps, Air Force, and Coast guard. With the help of Eleanor Roosevelt, the United States military created several new all-female military branches. These included the Women’s Army Corps (WAC) and the Women Airforce Service Pilots (WASP). Women also volunteered as recruiters to recruit soldiers into the US military.

Women had many job opportunities in the military. Roughly 350,000 women served in uniform during World War II, both abroad and at home. Women’s most common roles in the military were radio communications, laboratory technicians, mechanics, nurses, and cooks. Despite the many new opportunities for women, these services were significantly restricted compared to men.

Over 1,600 female nurses were awarded for their courage on the battlefield in Normandy on D-Day. At the time, these nurses were the only females who could enter combat zones. No other women were allowed anywhere near the battlefield despite many wanting to extend their help.

Why Did Women Get Involved in World War II?

Activism played a large role in encouraging women to become involved in World War II. It was a time for women to take a stand against an oppressive force. In many cases, women were inspired by Eleanor Roosevelt. Eleanor Roosevelt was a major activist for women’s equality, creating military branches so women could receive gender equality. She also created various daycares and support systems so women could join the workforce without sacrificing their children’s well-being.

The countless war effort posters, including many by WAVES, encouraged women to join the military. These public service announcements had an organic way of achieving their desired goals. For women who initially did not want to participate in the war effort, Rosie the Riveter encouraged them to join the workforce.

Many single women were interested in becoming as close to the action as possible. Unfortunately, in the 1940s, women in World War II could not participate in combat, and the only position that saw combat was nursing. However, many women joined the war effort in other ways, like working as mechanics, cooks, and radio communications.

Unfortunately, the strides of women came to a halt when men returned from the war. Women were now being fired or demoted in the same untraditional fields and trade industries they had been excelling. Men returning from the war were rehired into their previous positions, despite the great success of women.

Most women were fired from their jobs once men returned home. Women were still not respected as much as men in some career fields, so they were replaced by men who returned to the workforce.

Many women who lost their jobs were inspired to make a career change. Most of these career changes were lower paying and in completely different industries. However, they were still in the workforce, which mattered most to them.

Most women lost their jobs and returned to the traditional domestic role after the war. They became homemakers, caring for their children, cleaning the house, and making food.

However, women’s financial and social freedom brought them a taste of new happiness, so the female drive to join the workforce increased. Some women took on small jobs like selling Tupperware to have extra money for spending.

Women who remained in the workplace were usually demoted to low-paying positions so men could return to their normal lives. Even when women did the same jobs as men, they were paid less than men returning from war.

Despite many women leaving the workforce, the mentality that women are lesser than men was quickly diminished. A new era of female equality that birthed Second-Wave Feminism was launched, with many women standing up for their rights and fighting for gender equality in the workplace. Women who earned less than men were beginning to notice the pay gap and wanted something done about it.

Overall, the women of World War II made a huge impact on the economy and saved countless lives. However, we continue to forget the critical role these women played mainly because men were the ones on the battlefield.

Women were given special thanks for their efforts at the Victory March in 1945 in Rouen, France, which proudly represented their feminine strength. This powerful Victory March honored Joan of Arc, an early representation of women’s roles in the fight for freedom. All women’s battalions sent overseas participated in this women’s march.

After generations, women are still the unrecognized heroes of World War II. While men fought overseas, women became the heads of their households, taking new jobs in male-dominated industries. Women in World War II even joined the war effort after becoming inspired by the first lady, Eleanor Roosevelt, who created several positions in the armed forces. 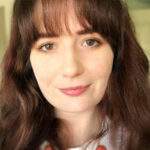 13 Days of Texas Defense at the Alamo
By Haylee Broyles, in Stories

Operation Overlord: The Planning & Preparation That Led up to D-Day