HomeArt12 Must-See Artworks at the Museum of Modern Art

12 Must-See Artworks at the Museum of Modern Art

The Museum of Modern Art has an incredible collection, featuring thousands of famous artworks. These are 12 that should not be missed! 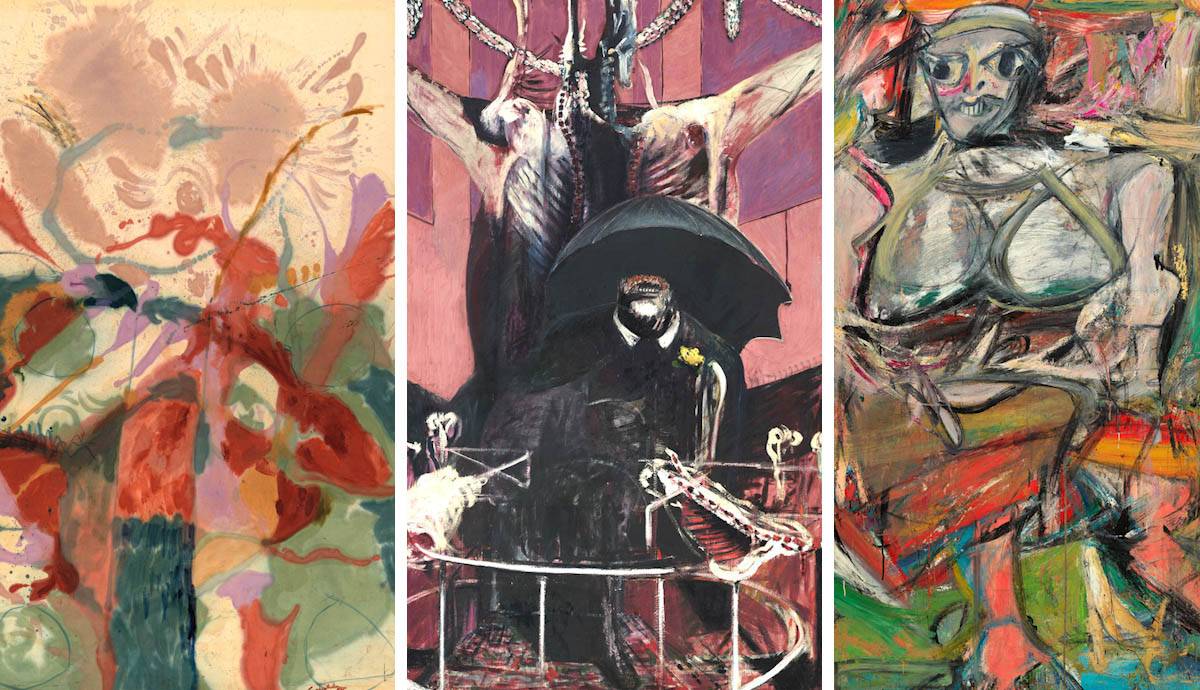 Barnett Newman’s Vir Heroicus Sublimis is among his most famous artworks. The painting is massive, measuring nearly 8 feet tall and more than 17 feet long. Standing in front of the painting, one is enveloped by Newman’s sublime, existential ponderance. The profundity of Newman’s paintings can only be appreciated in this way when viewing them in person. Even amid the ceaseless tumult of a place like The Museum of Modern Art, a resounding silence is found in this overwhelmingly still painting; Vir Heroicus Sublimis has a gravity all its own.

One of Helen Frankenthaler’s earliest paintings, Jacob’s Ladder was made with oil rather than acrylic paint. Made using her soak stain technique, where thinned paint is applied to an unprimed canvas, this oil painting by Frankenthaler is non-archival, meaning it is already showing signs of decay. Being able to stand in front of one of these works is a special experience, not just for the imagistic beauty of the work, but because the piece is visibly falling apart. Knowing this, one feels entirely present with these paintings. There is sadness, in a certain sense, but also familiarity. There is a particular humanity to these works because of the timescale they exist on.

This painting is a relatively recent addition to The Museum of Modern Art’s collection, having been acquired in 2019. Still, it stands as one of the most gorgeous works of mid-century abstraction in the whole museum. This piece is an example of Kazuo Shiraga’s ‘foot painting’ technique, where he would lay a canvas on the ground, pile paint onto it, then use his feet to spread it across the surface, often suspending himself from a rope to position himself and achieve a variety of marks. With this unconventional process, Shiraga managed elegant works of abstraction like this one. This painting is confident, being largely composed of two bold, red planes of color. Simultaneously, it is subtle, as closer inspection reveals the variation and density of color and mark within this central motion.

Meet James Ensor, Belgium’s famous painter. In this piece from The Museum of Modern Art, the figure of death stares towards the viewer, while a cadre of cartoonishly masked characters crowds around. Masks Confronting Death was painted in 1888, during the first few years of Ensor’s artistic transformation. From the beginning of his career as an artist in the late 1870s until the mid-1880s, Ensor worked in a much more subdued and traditional manner. In the late 1880s, he began to produce works like this one, featuring bizarre, masked figures rendered in bright, saturated colors. Though Ensor’s work from this time prefigures Expressionism in some ways, his own style is too singular to fully associate with any movement. Ensor’s mature work, characterized by grotesquery, humor, and morbidity, is unique, wondrous, and should be sought out at every opportunity.

This textile piece was woven to match a design made by Anni Albers in 1927. Though the original design is also in The Museum of Modern Art’s collection, nothing compares to seeing Albers’ vision truly realized in the form of a finished wall hanging. Though the elements of the pattern are simple, Albers arranges them with endless complexity and interest.

Perhaps Francis Bacon’s most famous artwork and a highlight of The Museum of Modern Art’s collection, Painting demonstrates a mastery of painted space. Bacon collages together several references into an inseparable whole; a cow’s carcass hangs as if crucified over a half-headed figure, who seems to merge both backward towards the dark corners of the space and forwards, into an indefinite animal form. Painting is an impossibly dense work. The longer one looks, an endless series of horrific notions seem to emerge from within.

Joan Mitchell was a prominent second-generation Abstract Expressionist. What distinguishes her and her contemporaries from the earlier Abstract Expressionist painters is a more studious approach; the vigorous brushstrokes and paint drips are applied strategically. Indeed, Mitchell’s painting practice was not intuitive or reactive in the way that one might assume. Instead, she uses the visual signs and language of Abstract Expressionism to craft more intricate, aesthetically minded compositions.

Ladybug demonstrates Mitchell’s aptitude with paint, featuring a great variety of techniques and applications of the material. Seeing this work in person, the intricacy of the piece is highlighted; the layers of paint at different viscosities create beautiful moments of texture and luminous color. Compare Mitchell’s touch to the famous artworks by first-generation Abstract Expressionists in The Museum of Modern Art, by painters like Jackson Pollock and Willem de Kooning, and the poise of her compositions will be evident

Richard Serra’s massive sculpture may seem at first to dominate its surrounding space at the Museum of Modern Art. In time, however, Equal develops a calmer presence. Though the blocks are not arranged symmetrically, they are, as the title implies, equal in size, and as one spends time with the work this equality is increasingly felt. The sculpture, its space, and its audience all settle towards an inevitable balance.

This beautiful etching by Käthe Kollwitz captures a moment of unimaginable grief, as a mother grasps the lifeless body of her son. Kollwitz is often associated with German Expressionism, though her work stands out from others in the movement because of her precise, dense drawing. Here, Kollwitz finely models the face of the dead child to emphasize his cold stillness, in contrast to the looser, expressive drawing in the body of the mother as she is overcome with anguish.

In the middle of the 20th century, the work of Willem de Kooning represented a path forward for figurative art at the height of abstraction. In De Kooning’s painting, figuration and abstraction are balanced and blended with marvelous results. De Kooning famously stated that “the figure is nothing unless you twist it around like a strange miracle.” No artwork better describes this tension between figuration and abstraction than Woman I, one of de Kooning’s most famous artworks. The figure emerges violently, from a background of streaky and brilliant color which never settles. The existence of the figure is a fraught issue, as the titular woman seems both as though she is being constructed, or brought forth from the noisy abstraction, and being consumed by it. This work is one of the most striking in the Museum of Modern Art’s collection, expressing the central issues of modernism.

In this famous example of German Expressionism, Ernst Ludwig Kirchner has made visible the latent anxieties of the modern city. The crowds populating Street Dresden appear at once as an undifferentiated mass as well as intensely separate from one another. All the figures have their personhood evaporated in Kirchner’s harsh painting style, becoming overlapping, discordant arrays of color. However, these subjects appear, also, to be absolutely unaware of each other. The scene has no action, no narrative, nothing to catch onto or recognize oneself in. What faces can be seen among the crowd are blank, perhaps vaguely mocking. Captured so brilliantly in this painting is the distinctly modern sense of mass alienation.

This sculpture is an example of Alberto Giacometti’s early, surrealist-leaning work. According to Giacometti, this artwork was made precisely as he had been able to visualize it in his mind. This closeness to his imagination has resulted in a piece that seems not to belong in our world and is struggling to maintain itself. The structure is so slight and empty, it feels ready to collapse. When compared to Giacometti’s other sculptures, especially his mature work (premised on the overworking of materials), The Palace at 4 a.m. feels almost uniquely quiet and precise. All the same, it captures the sense of existential fragility which pervades so much of Giacometti’s work.

James Ensor: 13 Facts About the Belgian Pioneer of Modernism