HomeArtists5 Stunning Works by Frida Kahlo You Should Know

5 Stunning Works by Frida Kahlo You Should Know

Frida Kahlo is one of the most famous women artists of modern art. Take a look at 5 of her fascinating works! 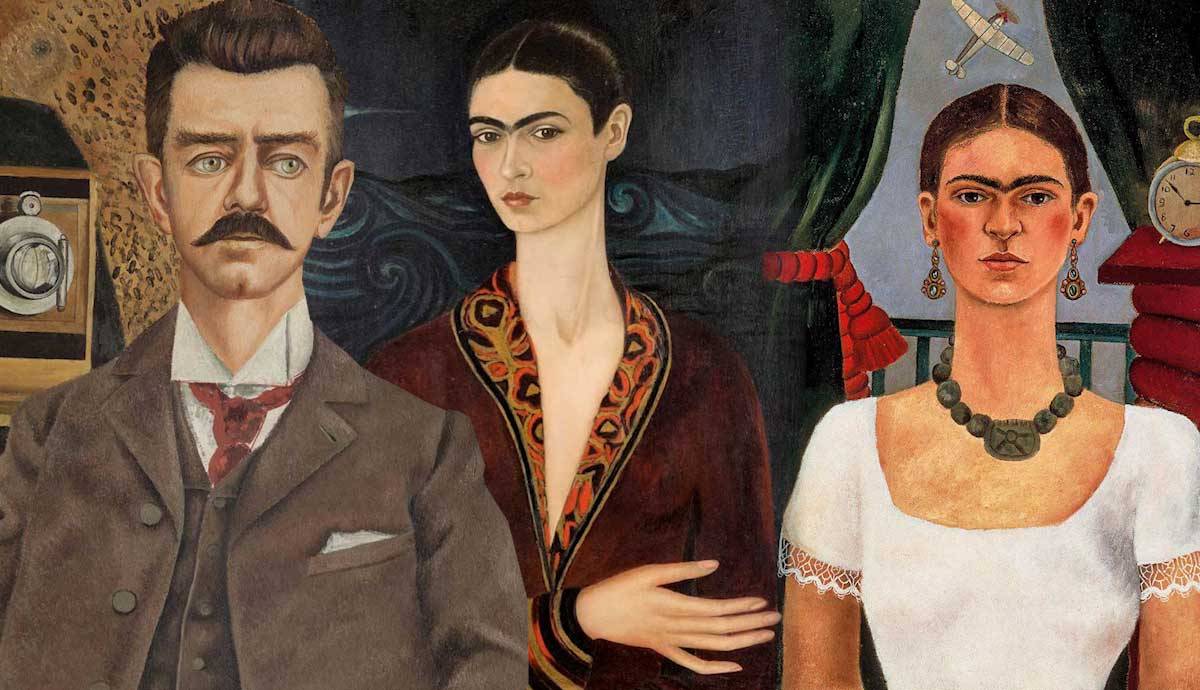 Frida Kahlo is a worldwide symbol of individuality and rebellion. Her appealing and saleable image today stems from a very real life of grit and fortitude. She was struck with polio as a child and aged eighteen suffered a crash that resulted in over thirty operations and years of bedridden recovery. She also had a tumultuous love life, marrying a man twenty years her senior, the renowned Mexican muralist Diego Rivera. The two were married in 1929, only to divorce in 1939 and remarry in the same year. Besides the brief hiatus both also had multiple extra-marital affairs, including Frida’s affair with Leon Trotsky during his asylum in Mexico. This life of sensational ups and downs hugely affected her work.

Frida Kahlo’s painting The Bus beckons the memory of her life-altering crash in 1925. She was riding the bus through Mexico City with her then-boyfriend Alejandro Arias when an electric train, as she described it, hit the side of the bus, splitting it into two halves. Serious damage was done to Frida when a handrail went through her pelvis from one side to the other. The accident led to her spinal column breaking in three places, a broken collarbone, two broken ribs, eleven fractures in her right leg, her right foot dislocated and crushed, her left shoulder out of joint, and her pelvis broken in three places. It was regarded as a miracle by her doctors that she lived, let alone walked again.

The painting itself is also influenced by Diego Rivera’s politics. It was painted the same year the pair got married. The image is intended to represent elements of Mexican society. Looking from the left there is a housewife, a blue-collar worker, a barefooted mother breastfeeding, a young boy staring out the window, a businessman holding a bag of money, and a young woman who may be Frida herself. The anti-capitalist sentiments are clear. The barefooted mother is portrayed as Madonna-like and the businessman is presumably a representation of the capitalist within Mexican society, a gringo with bright blue eyes.

In 1926, Frida Kahlo  was still in love with Alejandro Arias. They met in 1922 at the National Prep School and became inseparable. However, rumors of her infidelities had reached Alejandro, which quickly turned the relationship sour. Frida’s isolation during her recovery and her genuine affection for Alejandro had made her even more desperate to regain his love, which led to the creation of Self Portrait in a Velvet Dress. The painting was sent directly to Alejandro and her words accompanying it were: “I implore you to put it in a low place where you can see it as if you were looking at me.”

This clearly shows how Frida was trying to rekindle the flames of their love and give him the ability to familiarize himself with her face again. This is because the two were physically apart as Frida was still recovering from the crash in her hometown of Coyoacán and Alejandro had been reluctant to visit her due to his waning interest. The painting itself is more traditional than most of Frida’s work. She almost looks like a European princess in her wine-colored dress, outstretching a hand that is presumably intended for Alejandro. The plunging neckline bares her chest, revealing the vulnerability she wishes to bare to him. Her face is calm and serene, nowhere near as formidable and challenging as her later self-portraits. The gift was seemingly successful and charmed Alejandro into visiting her. However, Alejandro left for Europe in March of 1927 and the romance ended there.

This work is a clear evolution from Self Portrait in a Velvet Dress which Frida completed three years prior. This is the first self-portrait the artist completed after becoming attached to Diego Rivera. Here, she displays her newfound, contemporary identity. The princess she painted herself as during her adolescent love with Alejandro has vanished, and in its place, a far more formidable and challenging portrayal appears. She stares into the eye of the painting unwaveringly and without the vulnerability of her earlier self-portrait.

Stylistically, the spiraling elements of Art Nouveau have also disappeared. In the painting, she wears traditional Mexican clothes rather than the more formal ones seen in her earlier portraits. Her cheeks are also rouged. The breakaway from her early renaissance style is undoubtedly in part due to her time around Rivera, and the nativist styles he preferred to use in many of his murals. In the painting her monobrow is also displayed strongly, its shape, that of a bird, is a reference to the piece’s title, as is the plane soaring above in the background.

This reinforcement of her brow beckons forth her famous quote when asked about it: “I will not restrict my self-expression in order to fit your idea of what a woman should look like.” Her statement was a powerful feminist idea that the painting itself expresses. This is a hugely important work in the timeline of Frida Kahlo for its transition, which explains why it sold for five million dollars to an American art collector in the summer of 2000, making her, at the time, the highest-selling Latin American artist in history.

Created two years after the two were married, Frida and Diego Rivera is effectively a wedding portrait. There is much discussion about the context of the painting and its representation of its subjects. Author of Frida: A Biography of Frida Kahlo (1983), Hayden Herrera interprets the piece as Frida representing herself as simply the wife of a great artist, Rivera’s size and Frida’s tilted heading giving him the floor. However, the banner in the upper right corner of the painting translates as “Here you see us, me Frieda Kahlo, with my dearest husband Diego Rivera. I painted these pictures in the delightful city of San Francisco California for our companion Mr. Albert Bender, and it was in the month of April of the year 1931.”

This quote, as author Margaret Lindauer suggests, puts Frida in the position of painter/creator. The couple’s marriage was anything but placid, the two larger-than-life characters were predictably tumultuous, both partaking in affairs and raucous arguments. Diego even took Frida’s sister Cristina as a lover, an affair that resulted in Frida’s painting A Few Small Nips (1935), a violent disturbing piece that displays a woman tortured by a man. Frida herself strayed from Rivera, famously taking lovers such as Leon Trotsky, and according to some, but without concrete evidence, the mother of American modernism Georgia O’Keeffe. However, the explosive nature of their marriage did not stop them from being together up until Frida’s death on July 13th, 1954. Her last public appearance, eleven days before her death, was in a wheelchair at Diego’s side, protesting the United States intervention in Guatemala.

Frida created a portrait of her father Guillermo Kahlo eleven years after his death on the 14th of April 1941. Guillermo was a German-Mexican and the German side is where Frida’s original spelling of ‘Frieda’ comes from. She changed her name in response to the rise of Nazism in Germany. Frida’s father was a photographer, so he taught her how to develop photographs. It is perhaps due to her father’s influence that in most of Frida’s paintings the subject seemingly poses in front of a camera.

The portrait was made in the style of the photographs Guillermo would have taken himself. Specifically, here he is reminiscent of his wedding photos from 1898. The brownish sepia style is highly indicative of how his photographs would have been produced. Guillermo himself seems almost emotionless as he stares off with large eyes. There is a dedication in quotes written by Frida at the bottom of the portrait that translates roughly to: “I painted my father Wilhelm Kahlo, of Hungarian-German origin, artist-photographer by profession, in character generous, intelligent and fine, valiant because he suffered for sixty years with epilepsy, but never gave up working and fought against Hitler, with adoration, His daughter Frida Kahlo.” Frida’s affection is understandable – Guillermo frequently referred to her as his favorite daughter because of her unique spirit and talent.

The Wonder of Frida Kahlo

Frida’s iconic image has outlived her, but sometimes her glamor and fame overshadow what was an inspired and highly accomplished artistic career. Her physical ailments and the isolation her extremely slow recovery forced her into led to inspired pieces like The Broken Column (1944) and Without Hope (1945). Her difficult and often painful love life, primarily with Diego Rivera, heavily influenced her art as well. This can be seen in works such as A Few Small Nips (1935) and Diego and I (1944), both directly referring to Diego himself, and the latter even featuring his portrayal on Frida’s forehead, displaying the presence he had in her mind. And finally, she often painted family members as we can see in works such as Portrait of Cristina (1928) which was a portrait of her sister. 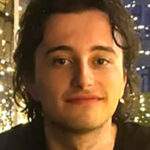 By James KeatingBA HistoryI hold a degree in History from the University of Liverpool and have always loved reading non-fiction in my spare time. My specific interests mainly lie in Russian history but I have also been fascinated with biographies outside of Russia from the biggest names in history such as Frida Kahlo or Oliver Cromwell.

A Glimpse into Socialist Realism: 6 Paintings of the Soviet Union
By James Keating, in Art