HomeCollecting8 of the World’s Most Valuable Art Collections

8 of the World’s Most Valuable Art Collections

It’s interesting to consider that much of the world’s masterpieces aren’t all displayed at the biggest museums or public spaces. Instead, they’re bought and sold by a select few billionaires

It’s interesting to consider that much of the world’s masterpieces aren’t all displayed at the biggest museums or public spaces. Instead, they’re bought and sold by a select few billionaires and reside in their private art collections.

So, who are these people? Here, we’re chatting briefly about the top eight most valuable art collections and the very rich people who curate them. 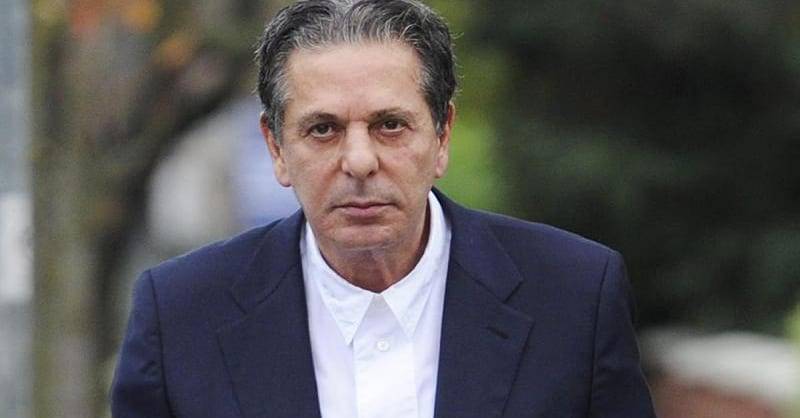 Saatchi is unique in a couple of ways. Not only is he an art collector, but a dealer in the traditional sense as well. Plus, when he decides to sell pieces from his collection, he tends to do so online, foregoing the classic auction houses of Sotheby’s and Christie’s.

Focusing on Middle Eastern art, he’s a household name in the art community and an important benchmark of the industry.

Although the exact value of his art collection is unknown, he’s been known to sell hundreds of thousands of dollars’ worth of art at any given time, suggesting a collection worth well into the millions.

The richest man in Europe, chairman and CEO of the LVMH Group, better known for his Louis Vuitton and Moët & Chandon brands. Arnault has a sizable art collection and built the Louis Vuitton Foundation dedicated to supporting the creation and curation of contemporary art.

Arnault’s impressive collection includes pieces by Picasso, Warhol, Yves Klein, and Henry Moore, to name a few and is probably worth millions or even billions.

An American investor and hedge fund manager, Steve Cohen is a wealthy buyer with a prestigious art collection. He’s spent hundreds of millions of dollars on a wide variety of work from post-impressionist paintings to modern art.

Some of the most notable pieces in his collection include Bathers by Gauguin, Young Peasant Woman by Van Gogh, Madonna by Munch, Police Gazette and Woman III by De Kooning, and one of Pollock’s famous drip paintings.

Thank you!
The French billionaire and founder of fashion brands Gucci, Yves Saint-Laurent, and many others, Pinault has been an art collector for more than 30 years. His interest lies in modern and contemporary art with a collection of over 2,500 pieces. You can see some of the Pinault Collection at the Palazzo Grassi in Venice.

Pinault owns works by some of the most prolific artists to ever hit the scene including Rothko, Warhol, and Koons.

Niarchos was the eldest son of the Greek shipping magnate Stavros Niarchos, who was shrouded with scandal from drug overdoses to murder. Upon his 1996 death, he left Philip a sizable fortune of $5 billion and huge art collection.

Among the masterpieces, it is said to have the largest stockpile of Van Gogh paintings in the world. It seems the art collecting bug stayed in the family and since, Philip has added some significant purchases to the lot since the collection was passed down.

Niarchos was one of the first collectors to put a dollar value on Basquiat’s genius, buying Self-Portrait for $3.3 million which was vastly more than his other work was going for. Other famous pieces he owns include Self-Portrait by Van Gogh (the one after the ear chop) and Yo Picasso by Picasso.

Often referred to as the greatest collection of contemporary art, the Broads have accumulated more than 2,000 pieces. They put many works on display at The Broad Museum in Los Angeles.

Eli Broad is the only person to have started two Fortune 500 companies and does as much in his philanthropic work as in his business ventures. Known for their selflessness, the Broads are on a mission to share their love of art with the world.

At their museum, you’ll be able to see famous pieces from their collection such as Two Marilyns by Warhol, Untitled by Rauschenberg, and I…I’m Sorry by Lichtenstein.

Founder of Asylum Records, Geffen Records, and Dreamworks Animation, Geffen’s art collection has a heavy focus on the midcentury work of American artists. His collection is so strong that it still holds weight even after selling Pollack’s No. 5, 1948 and De Kooning’s Women III.

A skilled businessman, Geffen has also been deemed a smart art collector in terms of both buying and selling. In fact, his collection is the largest owned by a single person. It’s more than impressive and has influenced the art world in the U.S. by a landslide.

These brothers own the most valuable art collection in the world, yet, ironically, are not art lovers themselves. The Nahmads are businessmen through and through and the name of their game has a singular goal – selling for a profit.

With backgrounds in investment banking and blackjack, it’s no wonder that the Nahmads treat art collecting like not much more than a dollar transaction with the thrill of gambling.

How do they do it? Well, they buy expensive pieces, store it for a while, then re-sell it for maximum earnings. Meanwhile, their storage unit is near the Geneva Airport meaning it’s tax-free. Seems they’ve thought of everything to get the most bang for their buck.

After all, the Nahmads believe that business is business and artists like Picasso and Monet are brands, just like Pepsi and Apple. Overall, it’s safe to say that these collectors are not the art world’s favorite pair.

Still, can you blame them?