HomeStoriesHow Did the Spanish Inquisition End?

How Did the Spanish Inquisition End?

In the 16th century, Spanish missionaries emerged and were particularly active in converting people to Catholicism in the Americas and Asia. The Counter-Reformation also occurred during this period in response to the Protestant Reformation that was taking place in other parts of Europe. By the 18th century, the Catholic Church was the closest and most powerful ally of the Spanish government. The Church gave more than 20% of its income from tithes to the government. Royal policy was to have complete control over the personnel of the Church, including the selection of bishops and other senior clerics.

However, by the 19th century, secular and anti-clerical forces grew stronger in Spain. Liberalism had become a major political force. There were several liberal factions that shared liberal ideals to various degrees. These ideals included parliamentarism, free-market capitalism, some degree of social democracy, sovereignty to be invested in the people rather than the royal parliament, and reform to the political influence of monarchical, aristocratic, and religious patronage. They were also in favor of abolishing the Spanish Inquisition.

The Spanish Inquisition Was First Abolished in 1808

Joseph-Napoleon Bonaparte was made King of Spain after his younger brother, the French Emperor Napoleon, invaded Spain in 1808. King Joseph’s arrival provoked a massive Spanish revolt against French rule, which led to the Peninsular War.

King Joseph embarked on a number of reforms. In addition to abolishing the Spanish Inquisition, he also appointed a government to adopt his reform program. The Council of Castile, the royal council, was also abolished. Furthermore, King Joseph decreed the end of feudal rights, the reduction of religious communities, and the end of internal customs charges. The abolition of the Spanish Inquisition occurred partially because Emperor Napoleon was at odds with Pope Pius VII.

King Joseph was not a popular king, and he even asked his brother if he could abdicate the throne of Spain and return to the throne of Naples, which he had occupied from 1806 to 1808. His younger brother said no.

Throughout Joseph’s five-year reign, the Peninsular War raged, with the British being the main belligerents to help the Spanish rid the French from their kingdom. King Joseph had to leave Madrid three times, in 1808, 1812, and 1813, after British-Spanish battle victories. Joseph’s departure from Madrid in May 1813 and Spain in June 1813 was his final departure. Most of Joseph’s followers fled to France, along with retreating French troops. King Joseph abdicated the Spanish throne formally in December 1813.

Spanish King Ferdinand VII was restored to the throne after Joseph’s departure. He brought back the Spanish Inquisition in 1814.

The Spanish Inquisition Was Abolished Again in 1820

King Ferdinand VII’s restoration to the throne provoked unrest in Spain. In 1812, when King Joseph-Napoleon Bonaparte was still reigning, the Cortes of Cádiz ratified the Political Constitution of the Spanish Monarch. The Cortes of Cádiz had convened for the first time in 1810. It was the first Spanish legislature that included representatives from the whole country, the Spanish Americas, and the Philippines.

The Cortes of Cádiz declared itself as the national sovereign rather than the king because it represented the people. The national assembly divided the government into legislative, executive, and judiciary branches. The Spanish Constitution of 1812 represented liberalism and served as a model for Latin American countries that had recently become independent from Spain or soon would be.

In 1820, a revolt broke out in Spain in favor of the Constitution of 1812. It started in January 1820 when a lieutenant colonel led a military uprising against Ferdinand’s absolutist rule. The rebels forced Ferdinand to accept the Constitution on March 9, 1820. The Trienio Liberal, or Liberal Triennium, ruled Spain for the next three years. Revolutionaries stormed the palace, and Ferdinand was a prisoner of the Cortes in all but name during the three years.

The Liberal Triennium acted on abolishing the Spanish Inquisition and also had a fractious relationship with the Catholic Church. By 1823, the election of a radical liberal government further destabilized Spain. The army’s liberal leanings began to wane when the Spanish economy failed to improve, and in 1823, a military mutiny in Madrid had to be repressed.

In 1820, Ferdinand had appealed to the “Holy Alliance” of Russia, Prussia, and France for help against the liberal revolutionaries. It rejected his request, but by 1822 the “Concert of Europe,” an international system established to provide balance between Europe’s major powers, became concerned about Spain’s liberal government and was ready to intervene on Ferdinand’s behalf. In 1822, the Congress of Verona authorized France to intervene. King Louis XVIII of France sent a 100,000-strong army across the Pyrenees in April 1823. The Spanish army offered little resistance to the superior French force. The French seized Madrid and reinstalled Ferdinand as Spain’s absolute monarch.

The End of the Peruvian & Mexican Inquisitions

The Mexican Inquisition started as an extension of the Spanish Inquisition in 1571, and like the Peruvian Inquisition, it ended in 1820. It was abolished by decree in 1812 but returned between 1813 and 1820 before it permanently ended. Also in common with Peru, Mexico declared its independence from Spain in 1821.

Both the Peruvian and Mexican Inquisitions included land areas much larger than the modern-day countries of Peru and Mexico. Both of these countries fought wars of independence from Spain in the early 19th century that lasted longer than a decade. On gaining independence from Spain, Spanish laws and regulations no longer applied to the newly-independent countries, so it’s unsurprising that colonial forms of the Spanish Inquisition were extirpated.

Abolishing the Spanish Inquisition for the Final Time, in 1834

King Ferdinand VII died on September 29, 1833. The last ten years of his reign had seen the restoration of absolutism and the suppression of opposition. Not only was Liberal Party activity curtailed, but a reactionary revolt led by reactionaries who believed that Ferdinand had not been strict enough in fully reinstating the Spanish Inquisition was also quelled in 1827.

At the end of his life, Ferdinand became severely ill after a coach accident in 1832, and his fourth wife, Maria Cristina de Borbón (Bourbon in English), acted as de facto regent. Maria Cristina had been born Princess Maria Cristina of the Two Sicilies. When Ferdinand’s third wife died in May 1829, Ferdinand was intent on remarriage because he had not sired a male heir. Maria Cristina was his niece (his sister’s daughter), and they married in December 1829. She was 23, and he was 45.

Ferdinand and Maria Cristina had two daughters, the elder being Isabella, who was born in October 1830. (Ferdinand had two daughters by his second wife, but one didn’t survive infancy, and the other was a stillborn birth that also ended the life of his second wife.) When Ferdinand died in September 1833, Ferdinand’s brother, Carlos, contested the fact that his two-year-old niece became Spain’s new monarch. Carlos wanted to become king because he was the next-in-line male descendant of his and Ferdinand’s father, King Carlos IV.

When Ferdinand died, his brother Carlos had supporters among Spain’s conservatives, but Maria Cristina was able to maintain the regency of her young daughter by aligning herself with Spain’s liberals. In October 1833, Maria Cristina issued a decree of amnesty to Spain’s exiled liberals, a move that would never have taken place while Ferdinand was still alive. This decree of amnesty also made abolishing the Spanish Inquisition possible.

As a result of aligning with the liberals, the Spanish government brought the Royal Statute of 1834 into effect in April of that year. The Royal Statute created a new legislature based on the UK’s bicameral legislature. On July 15, 1834, Maria Cristina signed a Royal Decree officially abolishing the Spanish Inquisition once and for all. This decree was approved by the President of the Cabinet of the government, showing a marked departure from Ferdinand’s absolutist rule. 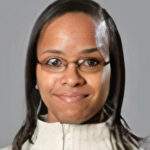 By Stephanie JelksMPhil History, MA History, BA Political ScienceStephanie is currently a writer based in Montevideo. She earned her MPhil and MA in History from the University of East Anglia in Norwich, England, as well as a BA in Political Science (with a minor in International Studies) from Truman State University in the US. In her free time she enjoys reading, traveling, and spending time with friends.