Athenian women led confined and restricted lives in Ancient Greece. They had to maintain a respectable image and thus were unable to attend or perform certain activities. 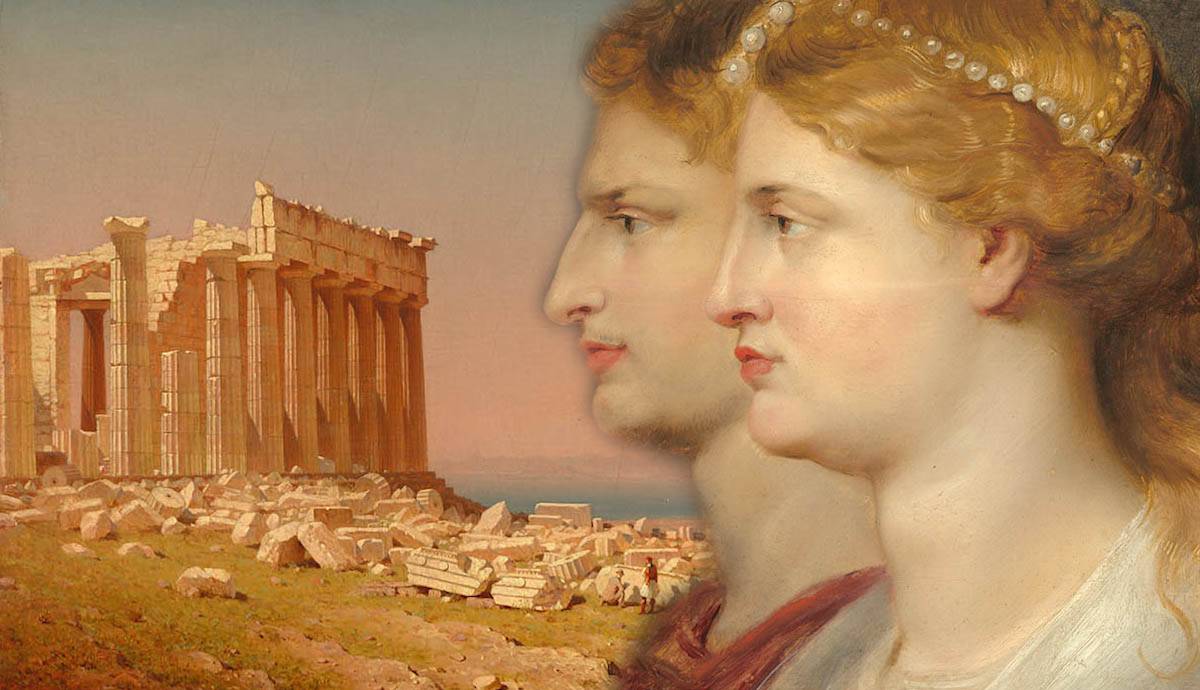 As in other Greek city-states, Athenian society was made up of roughly three classes: citizens, farmers and merchants, and slaves. Citizens had the most privileges and were seen as representatives of the city-state. This article will look at the life of the free Athenian women of Ancient Greece and offer a comprehensive picture of their lives. Did they have a better life than other Greek women, according to our current standards? Was Athens indeed the most civilized city-state? These questions will be answered by describing and comparing what information is currently known about Athenian women.

How Can We Know Anything About Athenian Women in Ancient Greece?

The majority of sources that scholars and researchers use today to investigate the lives of women in Athens are either archaeological findings or written accounts. The latter can vary widely in genre because they may be literary works, political, or legal. In addition, women in Athens were a common topic in satires or tragedies, and this can give the impression of a rich account concerning them. However, all the existing surviving accounts are written from a man’s perspective. Therefore, scholars ask if we can truly know anything about the women of Athens in Ancient Greece.

A tragedy, for example, will tend to exaggerate certain features for the sake of entertainment, and can be doubted at times as a good source. On the other hand, legal texts, in the form of speeches, offer a glimpse of the Athenian view on gender and family, as many of these texts are concerned with inheritance. Archaeology, through its material discoveries, may add to the text-based understanding as objects may be coupled with literature in hopes of getting a picture that is closer to historical reality.

Being Born A Girl in Athens, Ancient Greece

After the birth of a baby girl into a family of citizens in Athens, her parents prayed that the child would be healthy and survive. Survival of the infant was very important because 25% would die shortly after birth. Their health was equally important because Athenians, just as Spartans, practiced infanticide. Namely, they would kill their children if they were unhealthy or unfit for the family’s desires. Historians believe that girls were at a higher risk of infanticide because of their gender, as most families preferred to have at least one healthy boy who could inherit their lands and fortune. In terms of funeral commemoration, girls seem to have been commemorated in the same way as boys, based on the surviving gravestones.

The many ceremonies surrounding the birth of infants demonstrates just how important their survival was to Athenian society. An infant would be named ten days after birth, this being the first celebration, and it would be followed by the other three ceremonies at five, seven, and forty days. Up to this point, these celebrations were organized in the same manner for both genders but would become differentiated in favor of boys as they grew.

Although Spartan women were literate and received an admirable education for the standards of Ancient Greece, this was not the case for Athenian women. They did not receive any formal education because it was focused exclusively on boys. Boys were educated to play a role in the political and military life of the city-state of Athens. Due to this, the education of girls and women was seen as useless.

Instead of formal education, girls were taught basic and domestically-oriented skills by other females of the family. Girls would learn how to run and care for a household, manage servants and slaves (this applied to wealthy households only), how to weave and sew clothes, and how to cook and raise children. This informal and domestic-centered education meant Athenian women’s lives would most likely revolve around the household with little time left for other activities.

Marriage As A Mark of Maturity

It is believed that girls reached the marrying age at fourteen years. Interestingly enough, the marrying age was seen as a mark of maturity and, if a girl died before reaching it, her parents would mourn her inability to reach maturity. Deceased girls would be even portrayed as brides, demonstrating just how tight the link between marriage and maturity was for Ancient Greeks.

The previous point highlights that marriage was a key event in the life of an Athenian woman. This is also supported by historical accounts that state precisely how the role of women was to marry and have children. Ensuring that the family continues on was the parents’ main concern, especially fathers, as they would not want the family fortune to disappear. To secure their legacy, fourteen-year-old girls would be married to older men usually chosen by their fathers or another male relative. Thus, girls would not choose their husbands nor have any influence over the matter.

The Legal Power of Men

Legally, Athenian women could only be represented by men, either by their husbands or by another male relative. Thus, in most cases, women were required to be under the guardianship of such a man. The guardianship implied that whenever a legal problem concerning in any way the said woman arises, the male guardian would represent her interest and take care of the process. While in theory this may sound useful, in practice, this put the women in a vulnerable position where they would be legally dependent on their male family members. Moreover, there wasn’t any legal procedure in place that would protect women in any way from the legal abuse of the guardian. This meant that the law had no way to ensure her guardian accurately represented the woman’s wishes.

To add to this already problematic scenario for the current standards, in Ancient Greece, it was thought that one should never address a woman, especially in political and legal matters. She would be defined and mentioned only in her relationship with another man (i.e., Socrates’ daughter). Moreover, addressing women in such a situation would imply that the said women aren’t respectable because a respectable woman should be as invisible as possible.

It Is Best For Her Not To Be Seen

Athens, just like other city-states of Ancient Greece, strongly believed in the ideology of separation between males and females: Athenian women dwelled indoors while their male counterparts involved themselves in public life. The boundaries of the household were Athenian women’s specific place, while the outside of the house was reserved for men.  In fact, an Athenian woman would retain her respectability only if she would be accompanied outside by a man, preferably a citizen and a member of her family, as slaves or servants won’t fit the criteria.

Keeping to your assigned boundary equaled respectability and conformity. Of course, wealthy women could adhere to this standard and stay indoors to keep their good image and appear as respectable citizens, but this wasn’t possible for poor women as they had to go about town to fulfill necessary activities. Separating and creating gender-specific activities was such a crucial point of social life that even Aristotle inquired about the possibility of ensuring that poor women don’t have to go outside.

The Economic Influence of Athenian Women in Ancient Greece

It was difficult for Athenian women to thrive in the economic sector because it was, first and foremost, often outside the boundaries of the household of which they were allowed. Some evidence even suggests a law that restricted how much income a woman could make from a contract. On the other hand, some historical examples show that Athenian women made larger incomes despite what was prescribed by the law. This leads historians to question whether or not this law was applicable for all women, or if there were exceptions to the criteria.

However, supposing that there wasn’t a strict law regarding income, Athenian law also forbade women from spending large sums of money. This latter law might be connected to the fact that, upon marriage, women were given quite large dowries that would ensure the woman’s expenses throughout her marriage. Thus, the influence of Athenian women in Ancient Greece was often connected to the income they had. The greater the dowry in regards to their husband’s income, the greater their say in the household. Moreover, it wasn’t uncommon for women to work and produce a larger income for themselves. At the same time, some even became merchants – Athenian law didn’t allow for the criticism of merchants regardless of their gender.

Thankfully, women were not completely restricted when it came to religious activities. They could join together with fellow men and participate without restraints. This was very important as religion made up a good portion of public life. Moreover, it gave women another option for their lives, allowing them to exit the boundaries of their households without fear of being seen as unrespectable.

A central religious cult was that of Athena Polias, the protector of Athens. Women played a key role in this cult, in part due to the fact that the deity was a woman herself. Because of the cult’s prestige, the priestess of Athena was an incredibly important position in Ancient Athens. Besides symbolic importance, this position brought about political influence and was one of the few ways in which Athenian women could participate in the political life of the city.

Overall, the life of Athenian women in Ancient Greece seems to have been more restricted, and almost exclusively confined to their households. However, due to the lack of sources especially written from a female perspective, we cannot truly know what they thought of their life and how they perceived their circumstances.