HomeStoriesDancing Mania and the Black Plague: A Craze That Swept Through Europe

Dancing Mania and the Black Plague: A Craze That Swept Through Europe

As a result of the Black Plague, some citizens developed what was called “The Dancing Mania:” a deadly phenomenon where participants danced until they dropped. 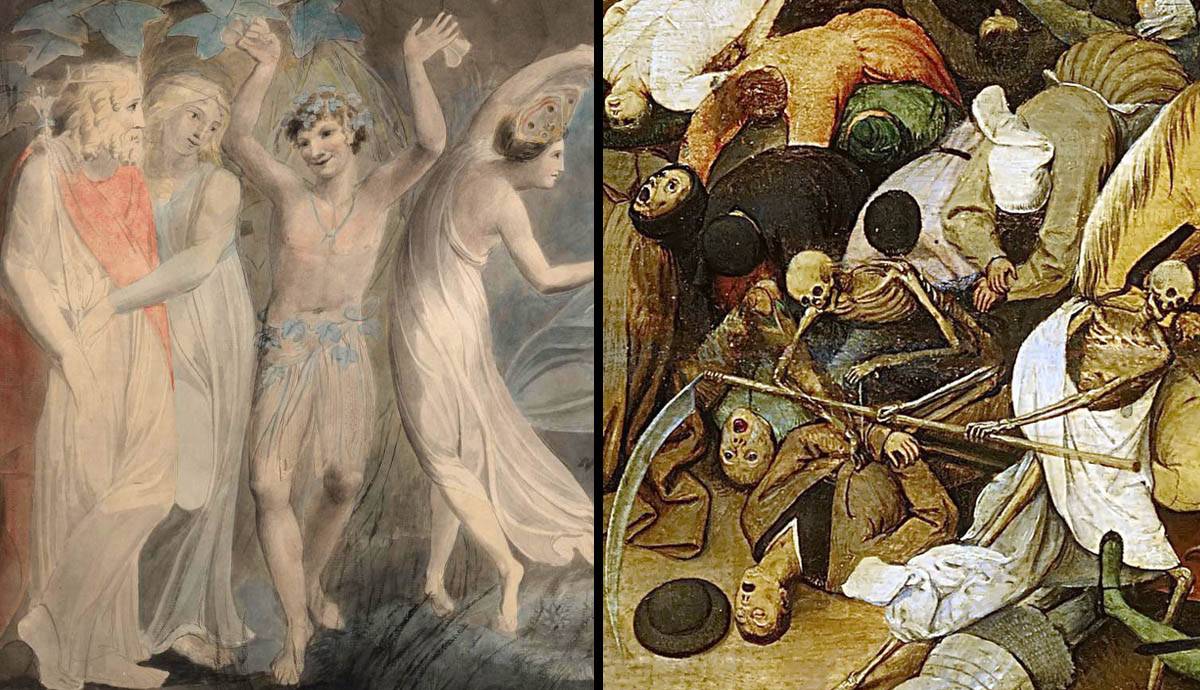 In the Middle Ages in Europe, dancing was the latest craze–quite literally. Under the influence of “dance mania,” medieval Europeans would compulsively dance for hours or days without control. In the best cases, the dancers would dance until they fell asleep or fell into a trance; in the worst cases, the dancers would dance until they died. For centuries, scholars have been debating what could have caused dance mania. One theory argues that dance mania might have been a result of consuming hallucinogenic, moldy bread, while another popular theory posits that dance mania was the same plague (Sydenham chorea) that caused involuntary tremors in children. However, the most popular and widely-accepted theory is that the Black Plague caused dance mania.

The events of the Black Plague are both stranger and crueler than fiction. To this day, the pandemic is considered one of the most traumatic events in history, and its effects were wide-spread, catastrophic, and downright odd. Dance mania, moreover, is thought to have been brought about by the mass hysteria of the time period.

The Psychological Impacts of the Black Plague

In the collective history of Europe, there has never been an event that scales remotely close to the Black Plague. It’s estimated that the Black Plague killed 30-60% of the European population, meaning that 1 in 3 people (at least) died from the disease. As if unprecedented death was not harsh enough, the disease had a uniquely grim appearance, manifesting in oozing boils and rotting skin.

Because of the brutal nature and hideous appearance of the Black Death, many thought that the pandemic was a God-sent punishment. Out of religious fervor, Christian mobs began to murder Jewish citizens by the thousands. Men called flagellants began to publicly beat themselves (and others) with sharp metal to atone for their sin. In fact, the religious fervor of the Black Plague could have even led to later tragedies, including the witch hunts.

Yet, at the same time, some were turning to witchcraft, pagan traditions, and general immorality. Some had thought that God had abandoned the world and reacted by turning to the physical world to cope. This meant that regional folk traditions, then labeled as heresy or witchcraft, became popular. It also meant that many were seeking out the pleasures of the world without any thought of morality; as a result, crime and chaos sky-rocketed.

Regardless of how they reacted, many were trying to understand death in a world ridden with terror and chaos. Whether they turned to Christianity or Paganism, the impulse was the same; people were using a spiritual lens to psychologically cope with the collective trauma of the Black Plague.

Oddly enough, dance mania was no exception. Underneath dance mania was a psychological reaction–perhaps, even a method of collective processing. Throughout history in several societies, dance has had a pivotal role in processing trauma. In many societies, dance was used during funeral rituals to access trance. The history of dance is entwined with collective societal trauma and has precedents before and after dance mania.

Dance as a Community Processor

In the earliest human societies, dance was integral in community interactions. Before written language, dance served as a way to communicate social events, rituals, and processes. Whether it was a harvest, a birth, or a death, there was usually a ritual dance in place so that people might understand their role in a societal phenomenon.

In darker times, dance has been used to process hard events. Because dance can be used to enter an altered state of consciousness, it was often a solution for working through difficult emotions and events. Consequently, various funeral rituals throughout the world include some form of cathartic dancing.

Even in today’s modern world, we can find several examples of dance funeral rites. For example, during a New Orleans jazz funeral, a band will lead a procession of mourners through the street. Before the burial, the band plays mournful music; but afterward, the band plays upbeat music, and the mourners begin to dance with wild abandon.

In several societies, dance has even been used to process collective traumatic events. For instance, the Japanese art form Butoh is believed to partly be a societal reaction to the nuclear bombing of Japan. In Butoh, the dancers do not embody athleticism or poise but interpret the sickened, weak, or elderly body. In addition, research into the African Diaspora shows that dance has been used for psychological processing, wherein dance rituals are used for healing.

Like language, dance is a natural phenomenon that occurs when a society has something to address, discuss, or process. Dance mania, as a result, is most likely an attempt to address and process the trauma of the Black Plague.

Although Dance Mania was most likely a psychological reaction to the Black Plague, it was often seen as a form of madness, a curse from God, or a sinner indulging in the sinful. But what did dance mania, also known as choreo mania, actually look like?

In one of the earliest instances of Dance Mania in Germany, a dancing mob was reported to bring down an entire bridge, resulting in the whole group’s death. Unable to control themselves, something possessed them to act as a group–to their own demise.

Dance mania officially developed into a public epidemic in 1374, beginning in Aachen, Germany. Justus Friedrich Karl Hecker, a 19th-century health historian, depicted the event in The Black Death and The Dancing Mania:

“So early as the year 1374, assemblages of men and women were seen at Aix-la-Chapelle, who had come out of Germany, and who, united by one common delusion, exhibited to the public both in the streets and in the churches the following strange spectacle.

They formed circles hand in hand, and appearing to have lost all control over their senses, continued dancing, regardless of the bystanders, for hours together, in wild delirium, until at length they fell to the ground in a state of exhaustion. They then complained of extreme oppression, and groaned as if in the agonies of death, until they were swathed in cloths bound tightly round their waists, upon which they again recovered, and remained free from complaint until the next attack.”

In essence, the participants moved freely, wildly, and as a unit, yet also felt severe pain and desperation to stop. After stopping, the mania might strike them again later. At first, they were considered cursed and mad.

After this documented event in Aachan, dance mania swept through the rest of Germany and France. Throughout the affected areas, the participants would convulse, leap, clap, and hold hands. In some cases, they would recite and invoke the names of Christian deities. In other cases, they would speak in tongues. Sometimes, the dancers would fall asleep after dancing and never wake again.

Dance mania continued far into the 16th century, in sync with plague resurgences, famine, and societal destruction. It also was documented before 1374, as far back as 700 AD. However, dance mania was at its height in the aftermath of the Black Plague.

Dance Mania: A Strange and Cruel Byproduct of the Black Plague

The Black Plague resulted in cross-cultural and intergenerational trauma. As a result of the pandemic, medieval Europeans developed a fascination with death demonstrated in the artwork of the period. Even for centuries to come, painters would use the Black Plague as subject matter. In day-to-day life, however, the effects were felt more immediately–such as through dance mania. The Black Death’s timeline is from 1346-1352, and the dance mania epidemic occurred around 1374, around 20 years after. The areas that experienced dance mania, coincidentally, were the areas that were the most impacted by the Black Plague.

Medieval peoples were under extreme psychological distress in the plague’s aftermath and resurgences. Consequently, they likely entered an almost reflexive-like trance state through dance mania.

Dance mania is evidence of extreme mental and social suffering but also evidence of how dance functions on a primal level. Over humanity’s collective history, dance has been a form of language played out in the physical body. In dance mania, we see the repercussions of extreme and continual agony, but we also see people processing that agony together as a community.

How does a society exit such a traumatic event like the Black Plague? For an event as large and overarching as Black Plague, many turned to group trance, possibly because they experienced the horror of the Black Death together. One in 3 people died in the plague– making death immediately universal and closely felt. Possibly, dance mania was a subconscious way to physically manifest the emotional scars of the plague.

From this era, we know how people during the time processed mass tragedy. Dance mania clues us in on a tragic occurrence during one of the bleakest eras in human history. Given the dreadful circumstances, perhaps the occurrence of dance mania isn’t so strange after all.