Was Che Guevara the man we believe him to be, or does he occupy a position of myth in modern society? Read on to find out more. 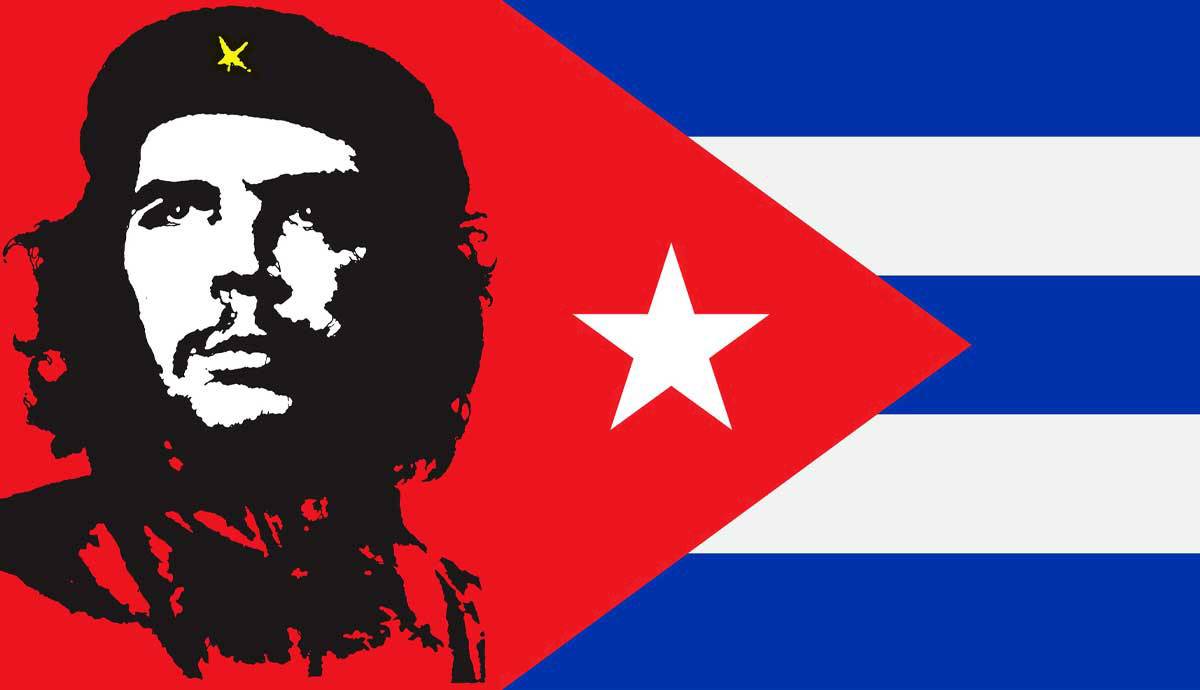 The legacy of Che Guevara is a subject that, when discussed, often brings about contention. From a position anywhere to the right of left-wing politics, Che Guevara is a figure who is easy to dismiss as a less-than-savory character. In left-wing circles, however, arguments rage over many aspects of Che Guevara’s life. To understand why this is, his life needs to be examined, and his actions need to be weighed.

Che Guevara’s Early Life & the Development of His Ideals

Ernesto “Che” Guevara was born in Argentina on June 14, 1928. The eldest of five children, his family was relatively well-off and had strong left-wing sympathies. His father, an ardent supporter of the Republicans during the Spanish Civil War, often hosted Republican veterans from the war in his home.

He was also a proficient athlete who loved sports. In particular, was his love for rugby. He played flyhalf for Club Universitario de Buenos Aires and was known for his extremely aggressive style of play.

So from an early age, one can see that he was influenced by leftist ideals and had a penchant for aggression.

However, it wasn’t just his surroundings and his athleticism that defined his early life. Che was an intelligent human being who partook in many intellectual pursuits. At the age of 12, he started taking part in chess tournaments. At home, he spent much of his time engaged in books, reading a wide range of subjects, including politics, religion, ideology, philosophy, poetry, sociology, history, archeology, mathematics, and engineering. His interests seemed to have no limits.

Che Guevara went on to study medicine and travel extensively through South America. During his travels, he came into contact with extreme poverty and the horrendous conditions in which many people lived. One incident that hugely affected his ideals was seeing a child unable to receive medical attention because of a lack of money. Situations like these made Guevara realize that he wanted to spend his life helping these people. He decided to leave medicine and enter the realm of politics, where he could address the foundation of the issues through armed struggle.

The Marxist struggle against capitalism and the imperial capitalism of the United States became hallmarks of his character. This opposition to capitalism is an essential factor in assessing the phenomenon of Che Guevara as an icon for the left insomuch as the modern world is concerned. Many people, especially younger generations in the west, have become disillusioned with capitalism, which they see as being in decline and ushering in an era of hopeless oligarchy. As such, people such as Che Guevara are given more thought, and their crimes are forgiven in the minds of those who are angry and struggling to make rent in the richest countries in the world.

Che Guevara traveled via motorbike with his friend, Alberto Granada, and documented his travels. His notes were turned into a book and, subsequently, a movie, The Motorcycle Diaries (2004). Although only focusing on his early life before he became a revolutionary, the film adds to the heroic mystique of Guevara. It helped add to the sanitized version of the Che Guevara that exists as a symbol of the left.

In 1953, Che Guevara went to Guatemala to support the democratically elected government of Jacobo Árbenz. The government was enacting a series of reforms that sought to redistribute land ownership. Spurred by this development, the United States ramped up its attempt to remove Árbenz from power. It saturated the country with anti-Árbenz leaflets, armed anti-Árbenz guerillas, and began bombing runs in unmarked aircraft. The government was overthrown, and suspected communists were executed. This event cemented Guevara’s hatred for US imperialism.

It was also during this time that Guevara was introduced to Cuban revolutionaries in exile, who would shape the path of his career. From Guatemala, he went on to work in Mexico, gaining further guerilla training. The next step in his career was the Cuban Revolution.

The Cuban Revolution was an extremely tough time for Che Guevara. The initial phase of the war saw much suffering, and 60 of the initial 82 revolutionaries were killed. After this, the guerilla movement spread in the rural areas of Cuba. Guevara became Fidel Castro’s second in command and, although strict, was well-loved by the people with whom he had common interactions. This is partly due to the fact that Guevara facilitated the building of schools, workshops, ovens, and many other facilities to improve the lives of the rural populace (and to increase the size of the guerilla movement).

In the fighting that followed, Che proved to be an incredible tactician and won battles against insane odds. He was also noted as being extremely brave and even foolhardy, winning admiration from both his friends and his enemies.

In 1959, Guevara traveled extensively, visiting the countries of the Bandung Conference. He returned to Cuba, but by 1960, Che Guevara and Fidel Castro disputed ideological differences, and citing that his job to the Cuban Revolution was done, he left the island to continue revolutionary work throughout the rest of Latin America.

For the next seven years, he fought for regime change in several countries in Latin America and Africa. Still, the fights were brutal, and support was difficult to come by, as many peasants did not want to live the lifestyle of a communist guerrilla nor live in an area shaped by guerilla uprisings.

In 1967, Che Guevara, at the age of 39, was hunted down and captured in Bolivia. His captors executed him instead of letting him go to trial, knowing that since Bolivia had no death penalty, the worst he would get was life imprisonment. A lengthy trial would gain much unwanted attention from communist countries. As such, he died a hero’s death, the perfect icon of a martyr prepped for world fame and reverence.

Imagery of Che Guevara is everywhere and has transcended the roles in which he was made famous. His image is a marketing tool and, in many cases, an accessible, easily-recognizable symbol of chic-ness that pervades the fashion scene, adorns walls, and appears in various forms of media. This imagery is seen as benevolent at best and benign at worst.

The commercialization of Che is subject to debate and controversy. While many have noted that commercialization is a natural capitalist process, it has also served to pacify the revolutionary character. Some academics have argued, however, that this could have a reverse effect in that the cost of living is getting higher, and younger generations are feeling increasingly disassociated with the success of capitalism. Without the commercialization of Che Guevara, many would not know who he was or for what he stood. Now, however, an angry generation of youths today has an icon that they can transform into a martyred hero who fought for things that the younger generations want and need.

The Arguments Against Che Guevara

Che Guevara indeed had a harsh and brutal side. He presided over Fidel Castro’s firing squads. Under Guevara’s orders, 176 enemies of the revolution were executed, many of which were members of Batista’s secret police. What is conveniently omitted in this argument is that at La Cabaña prison camp, over which Guevara presided, the main victims were members of the former Batista government and were guilty of brutal repression and murder themselves. It could be argued that the trials at La Cabaña were Cuba’s Nuremberg Trials. However, it must be noted that the trials were neither lengthy nor exhaustive in the process of reaching the truth.

Guevara is also claimed to have executed people without trial, as attested by a comment he made before his death:

“To send men to the firing squad, judicial proof is unnecessary. These procedures are an archaic bourgeois detail.”

Che Guevara also created the idea of the “new man” – an idealized image of the perfect revolutionary who was cooperative, selfless, and anti-capitalist. Anyone who strayed from this ideal was subject to persecution. It is also claimed that Guevara was a homophobe and is reported to have, along with Castro, viewed homosexuality as a “bourgeois decadence.”

It is also contended that Che was instrumental in creating labor camps, which would evolve into concentration camps, where people who didn’t fit with the imagery of the Cuban Revolution would be sent. According to journalist Paul Berman, this included gay people, dissidents, and people with AIDS.

Despite the actions of Che Guevara, what is clear is that much of the anti-Che sentiment is a product of those with anti-communist views, and he is attacked because he was a communist rather than his capacity as a war criminal. Che Guevara, like many communist revolutionaries and leaders, is a common scapegoat on which to pin atrocities, even by proxy. In this, Che is found guilty by association. Even in prominent publications, Che Guevara takes the blame for communist insurgencies and civil wars that have gripped the South American continent.

In commenting on the “cult of Che,” many historians, writers, and journalists have condemned the popularity of Che Guevara in modern times. His popularity has been blamed on “his capacity to provoke empathy among the spoiled youth of the affluent West,” argues conservative American author Mark Falcoff, while Irish journalist Sean O’ Hagan remarked, “if Che hadn’t been born so good-looking, he wouldn’t be a mythical revolutionary.”

The image of what Che Guevara represents is varied. His life story is distorted by proponents of both sides of the political spectrum, and the veracity of claims on both sides is subject to massive debate.

In the face of individualism, Che remains contentious. Everybody has their own set of principles with different ideas of what is justified and what should be condemned. As such, there can never be an international consensus on what exactly Che Guevara represents. And perhaps there shouldn’t be.

Modern Argentina: A Struggle for Independence from Spanish Colonization

Modern Argentina: A Struggle for Independence from Spanish Colonization

The History of Rugby: The Most Brutal Sport

The Gruesome Work of the Sonderkommando in Nazi Death Camps