HomePhilosophyElizabeth Anscombe: Her Most Influential Ideas

Elizabeth Anscombe: Her Most Influential Ideas

Elizabeth Anscombe had an extraordinary influence on a vast array of philosophical topics and her impact is still being felt today. 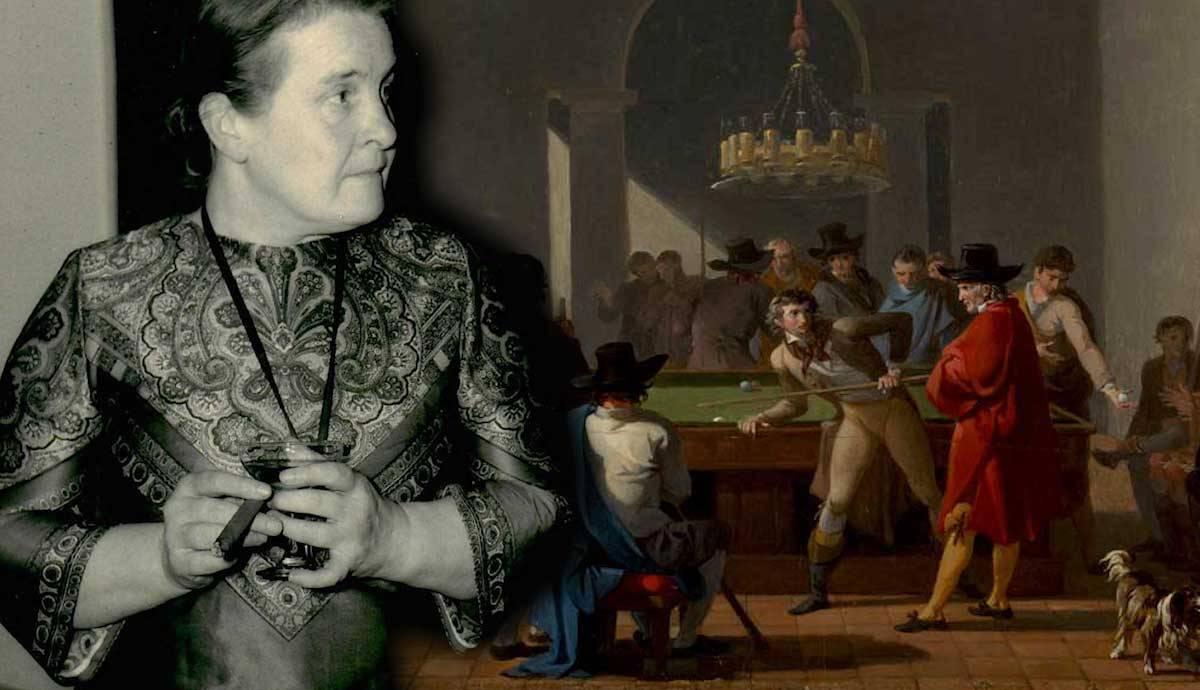 Elizabeth Anscombe (1919-2001) was one of the most renowned and respected philosophical minds of the 20th Century. She grew up in an era when academia in general and philosophy in particular had barely progressed beyond the all-male symposia in which Socrates, Plato and Aristotle took part and women were barely tolerated, even when they were admitted to intellectual spaces.

In spite of this, Anscombe was at the forefront of an extraordinary generation of female philosophers at Oxford, including Phillipa Foot, Mary Midgley and Iris Murdoch, who took full advantage of – among other things – the Second World War and the opportunities it presented for women to take on academic responsibilities which would otherwise have been reserved, officially or otherwise, for men. All four of them went on to do discipline-defining work in their respective fields, and Murdoch also went on to become an acclaimed novelist. But Elizabeth Anscombe’s work remains arguably the most influential and wide ranging, spanning the fields of ethics, epistemology, metaphysics, language and mind among much else.

More than in any other discipline, great philosophers are often the beneficiaries of extraordinary mentorship. Anscombe’s philosophical education was, in large part, the product of her time spent learning from Ludwig Wittgenstein, the brilliant and enigmatic Austrian philosopher who taught at Cambridge throughout the 1930s and 1940s.

Though generally ill disposed towards female philosophers, Wittgenstein made an exception for Anscombe, fondly referring to her as ‘old man’ on account of her impassive demeanor. While she was mentored by Wittgenstein, she was also known to have adopted something of an Austrian accent, perhaps subconsciously, though his philosophical influence was no less significant. Perhaps Wittgenstein’s most enduring legacy was his fixation on the relationship between philosophy and ordinary language.

Although Wittgenstein’s views changed throughout his career, and particularly between his first work – the Tractatus Logico-Philosophicus – and his posthumous Philosophical Investigations, which were translated and co-edited by Anscombe, his mature position was very concerned with preserving the integrity of ordinary speech.

Philosophy tends to take language beyond its home, into the realm of abstract and general thought which fails to do justice to its original form. Understanding ourselves and understanding thought relies heavily on being able to attend to the way that language is actually put to use. As Wittgenstein put it: “philosophical problems arise when language goes on holiday” (Philosophical Investigations, Proposition 38). A notion that arose from Wittgenstein’s philosophy was that philosophy should not interfere with how language is ordinarily deployed but should rather seek to clear up confusions which emerge as a result of trying to go beyond the boundaries of ordinary usage. This notion came to define a method of philosophy prominent in the 1950s, known now as ordinary language philosophy, and Anscombe’s work develops this part of Wittgenstein’s thought in some very interesting ways.

Elizabeth Anscombe and the Problem of Causation

One way in which Anscombe used ordinary language to make a philosophical point was in the realm of causation. The philosophical question of causation is this – in what terms should we describe the relationship between things A and B such that A causes B? What is going on when, as in David Hume’s famous example, one billiard ball hits another and that second ball moves in turn? The fact that these events – one ball hitting another causes the second ball to move – seem to happen in the same way over and over is a part of the problem. It is problematic because we appear to verify them in the weak sense that every observed instance of one billiard ball hitting another leads the second ball to move, rather than the strong sense that there is some absolute necessity to one ball causing another to move.

Ordinary language becomes relevant when we start to analyze the manner in which we describe causation in our everyday life. In fact, as Elizabeth Anscombe argued, we tend to speak about causation as something which we observe: “I saw the wolf get in the sheep pen” constitutes the report of a causal process, namely how our lovely lambs came to be mauled by some savage creature. Of course, as Julia Driver points out, one can always argue that we speak loosely (or perhaps, practically) most of the time. That we speak about causation as though it is real and self-evident doesn’t mean it is self-evident.

Elizabeth Anscombe would, of course, have recognized that herself. However, what is assumed in approaching philosophy with ordinary language methodology suggests one is implicitly taking the position of Wittgenstein articulates above – namely, that what philosophy can do is resolve disputes in language, or at least illustrate inconsistencies in language. What philosophy cannot do is take the integral concepts of our ordinary speech and submit them to probing of a kind and extent which they are not designed to handle.

Elizabeth Anscombe doesn’t, however, limit her attack on the Humean account of causation to the ordinary language philosophical perspective. In fact, one of her most influential arguments – one which has come to influence many later philosophers – involves the example of a Geiger counter. She used the example of this instrument to establish the existence of a non-necessitating cause (and thus attack the Humean notion of a ‘necessary connection’ as a crucial feature of causation). As Anscombe frames it:

“An example of a non-necessitating cause is mentioned by Feynman: a bomb is connected to a Geiger counter, so that it will go off if the Geiger counter registers a certain reading; whether it will or not is not determined, for it is so placed near some radioactive material that it may or may not register that reading”.

However, if the bomb explodes, then surely the cause is the Geiger counter, even though it is undetermined whether this will happen.

Elizabeth Anscombe was extremely influential in various other areas of metaphysics, epistemology and the philosophy of language. However, if one of her contributions to philosophy had to be singled out as the most enduring, then that would certainly be her work in ethics. She is widely seen as reviving ‘virtue ethics’ as a significant alternative approach to moral philosophy, as set against ‘consequentialism’ and ‘Kantianism’. Her crucial contribution came in the paper ‘Modern Moral Philosophy’, in which she attacked secular morality – that is, all of the ethical theories which do not self-consciously assume the existence of God – for nonetheless framing their precepts as laws which are taken to have universal application.

To posit the existence of universal moral laws, without the existence of a lawgiver, is incoherent. The conventional story has it that virtue ethics avoids this issue, by focusing on the character of individuals, their traits and tendencies, and ultimately seeing whatever moral rules as following from our descriptions of individuals and their character. But this is not what Elizabeth Anscombe herself believes.

Elizabeth Anscombe herself was a strict adherent to Catholicism, and as such she felt that modern society has erroneously diminished or forgotten the importance of God’s existence. Pointing out that contemporary currents in ethical theory assume the existence of a lawgiver is but one way of making the broader point that we get all manner of things horribly wrong when we give up our belief in God. Anscombe’s argument was taken up as a challenge by secular ethicists and has proven far more influential in the realm of secular ethical theory than in the realm of religious ethical theory (though that area has similarly seen a substantial re-engagement with virtue ethics).

It is nevertheless a mistake to see Elizabeth Anscombe as a religious ethicist, where that implies some kind of dogmatism. She was incredibly critical of the misuse of religious doctrine, especially when it came to the arena of conflict. Having made a name for herself whilst at Oxford for her public protest of the honorary degree awarded to Harry S. Truman, the U.S President responsible for the decision to use the atomic bombs on Hiroshima and Nagasaki, Anscombe’s later philosophy took aim at those priests who sought to use Catholic dogma to justify violence of a kind – in her analysis – utterly at odds with Christian law and Christian ethos:

“The devout Catholic bomber secures by a “direction of intention” that any shedding of innocent blood that occurs is ‘accidental.’ I know a Catholic boy who was puzzled at being told by his schoolmaster that it was an accident that the people of Hiroshima and Nagasaki were there to be killed; in fact, however absurd it seems, such thoughts are common among priests who know that they are forbidden by the divine law to justify the direct killing of the innocent.”

Here Anscombe is taking aim at the misuse of the ‘Doctrine of Double Effect’, the Catholic doctrine which distinguishes intentional from unintentional killing. It is just such a bending of the rules which led Anscombe to focus on the concept of intention quite keenly, writing one of her most famous books about the concept, and concluding that to perform an intentional act means we act on the basis of reasons. Anscombe was a relentless synthesizer, and we can see how ethical and political concerns she felt strongly about inform her research into the theory of intention, action and reason which ultimately makes intention a linguistic matter – or at least, any study of intention will involve the study of reasons, which are linguistic entities and can be treated as linguistic objects.

It should be no surprise that Anscombe’s view of intention, as on so many other philosophical topics, went on to be incredibly influential. She remains one of the most, if not the most, important philosophers of the 20th century, whose work is under constant scrutiny and re-examination for further philosophical insights.