The Surprising Etruscan Influence on the Early Celts

It is often assumed that the only connection the Celts had to Italy was through Roman conquests. We examine the surprising Etruscan influence on the the Celts.

Jan 13, 2023 • By Caleb Howells, BA Doctrines and Methodology of Education 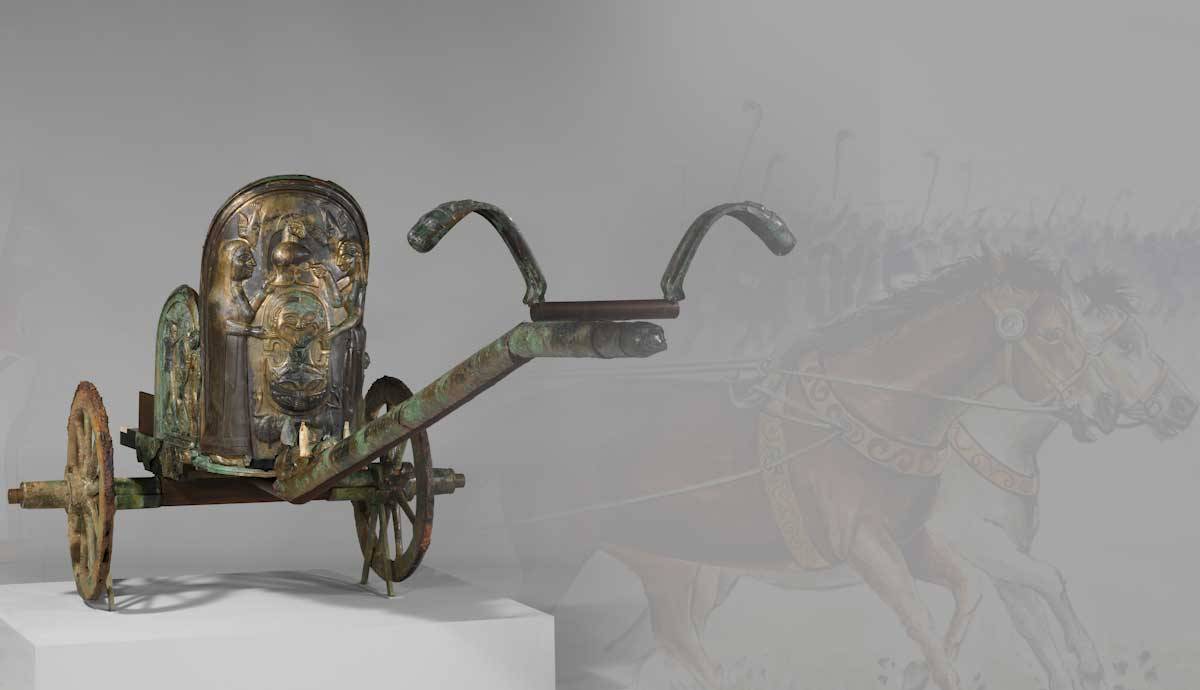 When people think of the Celts receiving visitors from Italy, they probably imagine the Roman conquests of Gaul and Britain. These conquests primarily occurred in the first centuries BCE and CE. However, the connection between the Celts and Italy goes back much further than that.

Long before the Celts became the subjects of an Italic nation (the Romans), they enjoyed seemingly-peaceful and productive relations with a different Italic nation, the Etruscans. What kind of relationship was this, and in what ways did the Etruscans influence early Celtic culture?

The Origin of the Etruscan Connection

In about 600 BCE, the Greeks founded the colony of Massalia on the southern coast of Gaul, at modern-day Marseille. This trading colony opened up much more trade with the inland nations of western Europe than ever before. The Greeks exported many items to the Celts of Gaul, and in turn, they imported large quantities of tin, which was found not only in Britain but also in the northwest corner of Gaul.

Lots of other nations wanted to trade with the Celts (3918 British Celts) as well, but because Massalia was a Greek trading colony, this gave the Greeks considerable control over the process. Many historians believe that as a result of this, the Etruscans attempted to establish their own trading colony or colonies on the south coast of Gaul. This would allow them to no longer be dependent on the Greeks.

Not all scholars agree with this scenario, but in any case, we know for sure that certain towns in southern Gaul had a considerable Etruscan presence, and this presence presumably came from traders and their families. One notable example is Lattes. In this town, archaeologists have found what are almost certainly Etruscan houses, dating to the end of the sixth century BCE. Whether this was part of an actual colony or not is debated. But it is clear that by 500 BCE the Etruscans were making their presence felt in Gaul.

The Transition from the Hallstatt Celts to the La Tène Celts

The dominant culture throughout Celtic lands in Europe at this time in these colonies was the Hallstatt culture. Throughout the sixth century BCE, the ruling class of the Hallstatt-era Celts enjoyed many luxury goods from the Greeks and the Romans. Numerous Etruscan and Greek wine jugs and various items of jewelry have been found in Celtic graves from that era.

The Celts of the La Tène era were certainly a continuation of the Celts from the Hallstatt era. Nevertheless, some dramatic changes occurred with the overthrow of the Hallstatt leaders and the emergence of a new ruling class. While the Hallstatt Celts seemed quite content to get their luxury goods from the Etruscans and Greeks, the La Tène Celts seem to have been more interested in progressing their own culture, using Etruscan material culture and practices as a source for many of their ideas.

The La Tène culture is most famously characterized by a particular style of art that involves lots of elaborate swirls, such as those we see on the Battersea Shield from Britain. Stylized human figures and mythical beasts are also portrayed, as well as designs based on vegetation. Some of the mythical beasts portrayed include griffins and sphinxes, creatures familiar to the nations of the Mediterranean and further east.

Another interesting feature of the La Tène culture is that the Celts began making life-size statues. Some carvings were made in the preceding era, but never life-size statue-like those in the Greco-Romano world. One notable example is the Warrior of Hirschlanden, dating to the late sixth or early fifth century BCE. This statue is peculiar for having the left hand placed diagonally on the upper chest and the right hand placed diagonally just above the waist. This design is precisely what we find in figures from Etruria.

The Glauberg Warrior is another famous statue dating to the fifth century BCE, and again, the placement of the hands indicates Etruscan influence, as does the general design. The fact that the very earliest full statues created by the Celts show clear Etruscan influences strongly suggests that their new practice of creating statues came from the Etruscans.

The Warrior of Hirschlanden points toward another type of Etruscan influence among the early Celts. One of the most peculiar features of this statue is the fact that it has very unnaturally raised shoulders. It is a strange feature that demands some kind of explanation. Different explanations have been suggested, but one particularly likely answer is that it comes from early Italic funerary practice.

This practice involved interring a body upright and keeping it suspended with a spear beneath each armpit. This would, of course, result in the shoulders of the corpse being raised significantly. The raised shoulders of the Warrior of Hirschlanden are exactly what we would expect to see in such cases.

It might seem strange to suggest that a statue of a warrior would be created to portray an interred corpse. However, this becomes a lot more plausible when we consider that scholars generally believe this figure to be a funerary statue. The same can also be said for the Glauberg Warrior. It appears that the Celts early in the La Tène era placed funerary statues above or just next to their tumuli. This in itself is probably another example of the Etruscan influence on the early Celts, because the Etruscans also placed life-size funerary statues outside tombs.

Regarding the inside of Celtic tumuli, one of the most impressive features of La Tène burials is the fact that many of them have chariots inside. Because chariots were evidently expensive, only rich warriors could own them. Thus, the practice of burying a chariot alongside a warrior’s corpse was essentially the same as burying any other rich item that served as a status symbol.

The Etruscan Influence on Celtic Warfare

To Julius Caesar, one of the most striking aspects of Celtic warfare in Britain was their use of chariots. They had two-wheeled chariots which they used to break up the ranks of enemy soldiers and to quickly transport warriors to and from the battlefield. The Celts of Gaul most likely did the same at one time, but the use of chariots fell out of favor there earlier there than in Britain. Nonetheless, archaeology shows conclusively that the Celts of Gaul did have chariots for several centuries.

Before the La Tène era, all that the Celts had were four-wheeled wagons. These were clearly not designed for use in warfare. But with the onset of the La Tène culture, the Celts adopted the use of two-wheeled chariots. From their design, it is widely agreed that the use of chariots among the Celts came from the Etruscans. As we saw previously, chariots were clearly a popular status symbol among the Etruscans.

Whether the method of using chariots in warfare came from the Etruscans or not is less clear. While Caesar described the Brythonic method of using chariots in warfare in great detail, no comparable descriptions survive regarding the Etruscans. However, the clear similarities between the unusual Celtic method and the method described in Homer’s Iliad are so strong that even Diodorus Siculus noted them.

Although it has been argued that Homer’s descriptions are just inaccurate memories of how chariots were used in the Mycenaean era, other scholars have more convincingly argued that his descriptions are an accurate reflection of how chariots and individual horses were used in the Greek world in Homer’s own time. If so, then it is not unreasonable to suppose that the Etruscans would have used them similarly, given the strong connections between the Etruscans and Greek culture.

Therefore, the Etruscans may well have used chariots in the way described in the Iliad — the same way Caesar describes the Celts of Britain using them. Since the Celts clearly got their two-wheeled chariots from the Etruscans, it would make sense that their method of using them in warfare had the same origin.

Another way in which the Etruscans influenced the early Celts was their armor. Contrary to popular belief, the Celts did use armor. Some of them allegedly fought naked, but this was clearly not something that they all did. Many examples of Celtic armor have been found in graves or depicted on Roman monuments.

One aspect of Celtic armor that may have been inspired by the Etruscans is the use of plumed helmets. The plumed helmets of the Romans and Greeks are famous, but the Etruscans used them too. Some of the Celts, at least, used helmets with plumes of horse hair. The Celts of Iberia used this type of helmet, and a Roman arch at Orange in France shows something similar. This indicates that the Celts of Gaul also used plumes on their helmets. These were not exactly the same type of plumes as those used by the Etruscans, but the basic idea might have come from them.

As well as just the plumes, the overall design of the helmets of the Celts has been understood as indicating Italic influence. In fact, some of their helmets are even called “Italo-Greek” by scholars. The shields of the early La Tène era also display some Italic influence.

One more area in which the Etruscans seem to have influenced the Celts was in their use of metal cuirasses. A cuirass is a piece of armor that covers the whole torso. The Celts were already using these before the La Tène culture emerged, but a change occurred in the sixth century BCE. Although the La Tène culture had not yet developed, the Etruscans had already made strong connections with the Celts by this century.

Rather than remaining very simplistic, the design of the cuirasses changed to be more similar to the bell cuirasses of the Italo-Greek world, which opened up slightly near the waist. Archaeologists have even found examples of cuirasses with basic representations of muscles on them. Again, this is just like what we see in the Italo-Greek world. Therefore, it is very likely that this change in design can be attributed to contact with the Etruscans, or potentially the Greeks.

How Significant Was Etruscan Influence on the Early Celts?

In summary, we can see that the Etruscans had a profound impact on the development of Celtic culture. It is the La Tène culture that is most closely associated with the classic image of a Celt. This article has shown that various aspects of this culture can be traced back to the Etruscan world. The artistic style of the La Tène culture has its roots in Mediterranean motifs and concepts, and it undoubtedly spread through contact with the Etruscans.

We also see the Etruscan influence in the use and design of life-size statues. This influence even spread to funerary practices, with the placing of life-size statues outside tombs. It is also clear in the warfare of the Celts, such as their use of chariots — probably even including the actual method they employed while using them. And finally, we have seen that traces of the Etruscans can be discerned from the plumed helmets, shields, and cuirasses of the Celts. 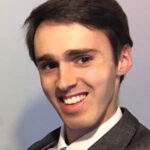 By Caleb HowellsBA Doctrines and Methodology of EducationCaleb is a published history author with a strong interest in ancient Britain and the Mediterranean world. He holds a BA in the Doctrines and Methodology of Education from USILACS. He enjoys learning about history in general, but he especially loves investigating myths and legends and seeing how they might be explained by historical events and individuals.

Who Were The Etruscans?