Grotesque architecture is fantastical and mysterious, featuring natural and animal motifs. Its influence stretches from Roman times to Renaissance, Baroque, and Rococo. 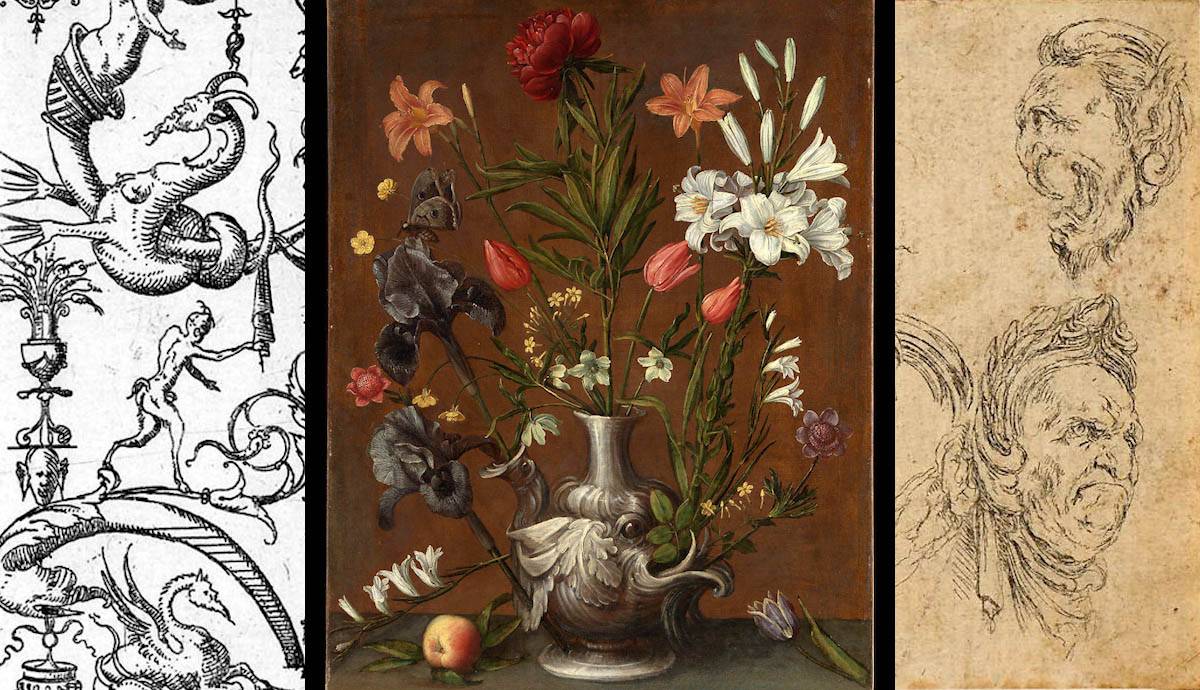 What can be named grotesque architecture first appeared in ancient Rome as a set of decorative details in house interiors. The grotesque style can now be recognized through its intricacy of natural and animal elements, that merge in fantastical and bizarre creatures that provoke the imagination. Because of its strangeness, grotesque survived from these beginnings in Rome, and influenced the artistic developments of Renaissance, Baroque, and Rococo.

1. Is There Such a Thing As Grotesque Architecture?

The term grotesque came to be used in art for a variety of objects, an umbrella term for many different iterations. Since it entered the art vocabulary around the 18th century, grotesque came to be associated with strangeness, mysteriousness, the fantastic and uncanny, the hideous, ugly, and the disturbing. Generally speaking, this term is used to describe things that have very distorted and intricate forms.

Can we then talk about a specific grotesque style of architecture? We can, if we mean that a certain architecture is visually influenced by the grotesque or has various grotesque elements. After all, grotesque as a motif has been identified since ancient Rome; it was found as a feature in various house interiors. Therefore, by its very initial nature, it is tied to buildings and architecture. This article will focus on its origins in Rome, and its presence during the Renaissance, Baroque and Rococo periods.

2. The Origins of Grotesque Architecture

The grotesque can be recognized based on its two main characteristics. It contains a certain degree of optical illusion, and it features natural elements such as plants and animals. Since its first uses in Rome, the natural elements, called arabesques, were often used in such a manner that favored illusion. It did so in the sense that from afar, natural elements were put together in such a way that they would emulate the form of an architectural element and would reveal their true nature only when the viewer would get closer to them.

In Ancient Rome, grotesque architecture was favored in fresco ornaments and floor mosaic decorations. Vitruvius described these as inferior, saying how “reeds are substituted for columns, fluted appendages with curly leaves take the place of pediments (…) and on top of their roofs grow slender stalks and volutes with human figures senselessly seated upon them.” Even if the Romans didn’t use the term grotesque themselves, as it was introduced later on, these characteristics described by Vitruvius came to be recognized as part of the style.

3. The Grotesque In the Renaissance

The first form for the word “grotesque” can be traced to the word grotthesche that was used in a contract for the Piccolomini Library in 1502. The word defined the decorative system that Raphael Sanzio and his team developed to decorate the Loggias. A specific characteristic of the Renaissance grotesque is the use of frames to mark and focus the viewer’s attention. This can be seen in the Piccolomini Library, where the panels from the ceiling and the bands used to decorate the walls use frames featuring many natural elements that can be classified as grotesque.

Grotesque architecture flourished as a style in the Mannerist period as well. Besides the fantastical and intriguing character that the grotesque style already had, Mannerism adds iconographic and symbolic meanings that could be deciphered only by those familiar with such a language. One of the most influential artists who developed what we might call grotesque architecture was Giovanni da Udine. Through his work in Rome, he offered to the rest of Europe a great repertoire of symbols and decorations, an effective artistic language for this emerging style.

4. Baroque and the Grotesque

During the Baroque period, grotesque architecture moved from large-scale elements to small-scale objects that decorate interiors. The domain of the grotesque remained in the interior of a building even if it sometimes could be seen expanding in some exterior elements of architecture or even in some of the accessories used by those who could afford intricate workmanship. A great example of Baroque grotesque can be found in the work of the Dutch silversmith Adam van Vianen. He worked for important patrons such as Emperor Rudolf the Second, designing and creating all varieties of cups and plates in silver. When looking at his creations, one can find many grotesque elements together with the same unsure and dynamic aspect that defines the style, as the viewer might expect a leaf to turn into an animal and so on.

The Rococo style that closely followed the development of the Baroque is also influenced by motifs first developed in grotesque architecture. Even if Rococo renounces the symmetry that baroque and grotesque share, preferring fluidity and spontaneity, it uses natural elements. While most of the elements are not entirely grotesque, they have origins in the grotesque style. Even so, grotesque Rococo can still be noticed in decorative arts, wall-coverings, and decorative fabrics. A subtle hint of grotesque is present everywhere in the Baroque and Rococo periods if one pays enough attention. A cup’s handle might be shaped like an animal with leaves, the end of a fan might have some natural elements, or even a saddle might have a grotesque face embroidered on it.

In both Baroque and Rococo, the grotesque developed even further as a symbolic system that carries hidden meanings for those who pay enough attention to details. These hidden messages were often carried on in interior objects such as furniture or personal items.

6. The Bizarre Case of a Cabinet

The system developed with the grotesque style could be used to convey hidden messages, and this can be exemplified through the case of the cabinet of Amalia van Solms (1602-1675). She was the wife of Frederick Hendrik, Prince of Orange, and was thus part of the ruling house of the Dutch Republic. However, her husband died unexpectedly, and she faced a succession problem: their first-born son was still too young to rule, and his future reign could be contested if the house would lose authority and influence.

To make sure that the influence of the family wouldn’t be diminished in the absence of a capable ruler until her son reached adulthood, Amalia proceeded to commission a series of impressive furniture pieces that would astonish her visitors. The most bizarre, a cabinet with floral marquetry, communicated a hidden message to its viewers. On its doors, using grotesque-inspired elements, it tells that even if the House of Orange is surrounded by enemies, it will prevail. An orange tree surrounded by vicious thorns is used to describe this idea.

7. The Appeal of Grotesque Architecture

Was the grotesque a popular style? In ancient Rome it certainly was, and even the fact that grotesque architecture survived in Renaissance, Baroque and Rococo times through decorative styles attests to its popularity. What could be so attractive about this bizarre style?

First and foremost, its attractiveness probably stems from its uncanny and intriguing character. Humans are curious beings through their nature, so whatever catches their attention will also provoke their curiosity. Secondly, the type of illusion that grotesque architecture employs is one of its fortes in terms of popularity. It tricks the eye and forces the viewer to come closer. Thirdly, the element of surprise that appears when someone realizes that the column is not properly a column, but a pile of leaves makes the entire experience exciting.

Therefore, grotesque architecture and style is a testimony to human ingenuity and creativity, producing optical illusions and unexpected compositions. It engages and provokes the viewer to reconsider whatever they see because things are not what they seem from afar.

Bosch’s Garden Of Earthly Delights: 10 Facts You Need To Know

Bosch’s Garden Of Earthly Delights: 10 Facts You Need To Know

Understanding Funerary Art in Ancient Greece and Rome in 6 Objects