HomeAncient HistoryHoremheb: The Military Leader Who Restored of Ancient Egypt

Horemheb: The Military Leader Who Restored of Ancient Egypt

Horemheb was the final Pharaoh of Ancient Egypt’s 18th dynasty and restored traditional worship after the chaos of Akhenaten, Tutankhamun, and Ay. 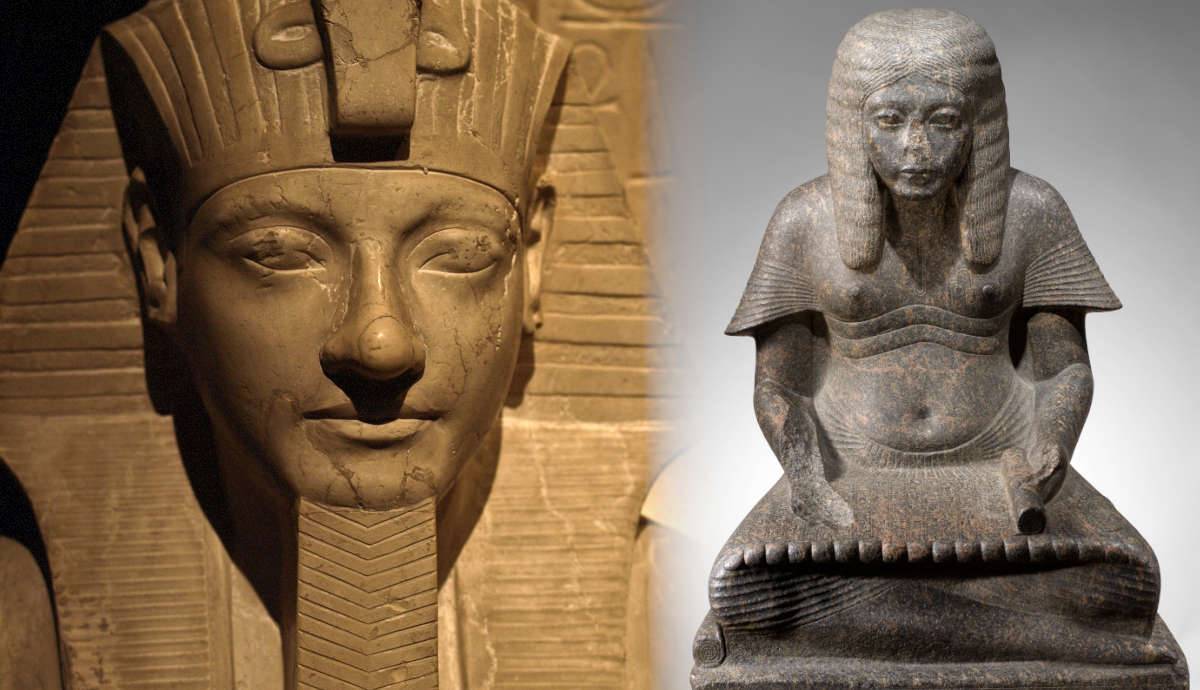 Horemheb brought stability and prosperity back to Ancient Egypt after the chaotic rule of the “Armana Kings” and was the final pharaoh of the 18th Dynasty. Born a commoner, he built his reputation in the military under Akhenaten as a gifted scribe, administrator, and diplomat. Then, he led the army during the short reign of the boy King Tutankhamun. He governed the Egyptian people along with vizier Ay and was responsible for rebuilding the Temple of Amun at Thebes, which had been desecrated during Akhenaton’s revolution. After Tutankhamun died still in his teens, Ay used his proximity to the throne and priesthood to assume control and become pharaoh. Horemheb was a threat to Ay’s rule but kept the backing of the military and spent the next few years in political exile.

Horemheb took the throne four years later after Ay’s death, with some scholars suggesting he became king via a military coup. Ay was an elderly man well into his 60s when he became pharaoh, so it’s more likely Horemheb gained control in the power vacuum left after his death.

To help solidify his position, Horemheb married Nefertiti’s sister Mutnodjmet, one of the sole remaining members of the previous royal family. He also led festivals and celebrations at the coronation, endearing himself to the populace by restoring the tradition of polytheism Ancient Egypt had known before Akhenaten.

Horemheb removed references to Akhenaten, Tutankhamun, Nefertiti, and Ay in a bid to have them struck from the histories and labeled as “enemies” and “heretics.” His enmity with political rival Ay was so great Horemheb ravaged the pharaoh’s tomb in the Valley of the Kings, smashing the lid of Ay’s sarcophagus into little pieces and chiseling his name from the walls.

Horemheb spent time traveling Ancient Egypt repairing the damage done by the chaos of Akhenaten, Tutankhamun, and Ay, and emphasized feedback from common folk in making changes to policy. His massive societal reforms were the catalyst to put Ancient Egypt back in order.

One of his enduring legacies came from the “The Great Edict of Horemheb,” a proclamation found etched on the tenth pillar at Karnak.

Horemheb’s Edict derided the state of corruption in Ancient Egypt that had occurred under the Amarna Kings, noting specific instances of long-time corrupt practices that were tearing the fabric of society. These included unlawfully seized property, bribery, embezzlement, the mismanagement of taxes collected, and even the taking of slaves for personal use by tax collectors.

Horemheb introduced drastic laws curbing bureaucratic graft, such as exile to the frontier for corrupt soldiers, beatings, whippings, the removal of noses, and the death penalty for the most severe cases. Interestingly, he also improved rates of pay for judges, government officials, and soldiers to decrease their motivation for corruption.

Akhenaten’s custom-built capital city Akhet-Aten (Amarna), was completely abandoned, while stone from the grand buildings that Akhenaten and Nefertiti dedicated to sun-disc Aten were knocked down and re-purposed for traditional temples. He also removed or replaced mentions of the “enemy” Amarna kings on hieroglyphs and monuments to try to remove them from memory.

Horemheb and the Rameses Kings

Horemheb died without an heir. He installed a colleague from his military days to rule as pharaoh after his death. The vizier Paramessu became King Rameses I, ruling for just one year before his death and succession through his son Seti I. This was enough to establish the lineage of the 19th dynasty of Ancient Egypt.

The renewed strength of Ancient Egypt under leaders like Rameses II the Great can be explained by Horemheb’s example. The Rameses Kings mirrored his precedent in creating a stable, efficient government, and there is merit to the argument that Horemheb should be remembered as the first Egyptian King of the 19th Dynasty.

Horemheb delegated shrewdly. He had a vizier, army commander, and head priest of Amun based at both Memphis and Thebes, which became standard practice under Rameses pharaohs, who treated Horemheb with great respect in official records, hieroglyphs, and commissioned artworks.

Horemheb had two tombs: the one he commissioned for himself as a private citizen at Saqqara (near Memphis), and the tomb KV 57 in the Valley of the Kings. His private tomb, an expansive complex not unlike any temple, wasn’t ravaged by looters and visitors to the same degree tombs were in the Valley of the Kings and has been a great source of information to Egyptologists until the present day.

The stelae and hieroglyphs at Saqarra tell many stories of Horemheb, who was often associated with Thoth — the god of writing, magic, wisdom, and the moon — that had the head of an Ibis. The stela above references the gods Thoth, Maat, and Ra-Horakhty, serving as a roll of honor for the practical, honorific, and religious titles that he earned during his life.

His first wife, Amelia, and second wife, Metnodjmet, who died in childbirth, were buried at Saqqara. It’s suggested Horemheb would have preferred to be interred there, but burying him away from the Valley of the Kings would have been too great a break from tradition.

Horemheb remains a low-profile pharaoh. His well-organized, sensible leadership was crucial in helping Ancient Egypt move on from the chaos of the Amarna Kings towards religious stability and a flourishing economy in the 19th Dynasty.

He unwittingly created the opportunity to learn more about the Amarna Kings Akhenaten (and his wife Nefertiti), Tutankhamun, and Ay by dismantling, burying, and re-using so much of the stone from their buildings. If Horemheb didn’t bury so much stone for modern archeologists to find, he probably would have succeeded in excising them completely from history as he intended.

King Horemheb is now taking on a larger role in examining Ancient Egypt. Archeologists are learning more about his reign as it happened and are utilizing clues from other pharaohs about how their leadership was shaped and executed by the standards that he set.

By Jono EldertonJono Elderton is an Australian writer with a passion for Ancient Egypt. He has worked as a journalist, media manager, and English teacher. After travelling extensively worldwide and teaching in Thailand and Japan, he now lives in the outback and writes about ancient cultures, mythology, and the arts.

Did Tutankhamun Suffer From Malaria? Here’s What His DNA Tells Us