Irving Penn was one of the most important editorial photographers of the mid-twentieth century, breaking all the rules and going beyond fashion. 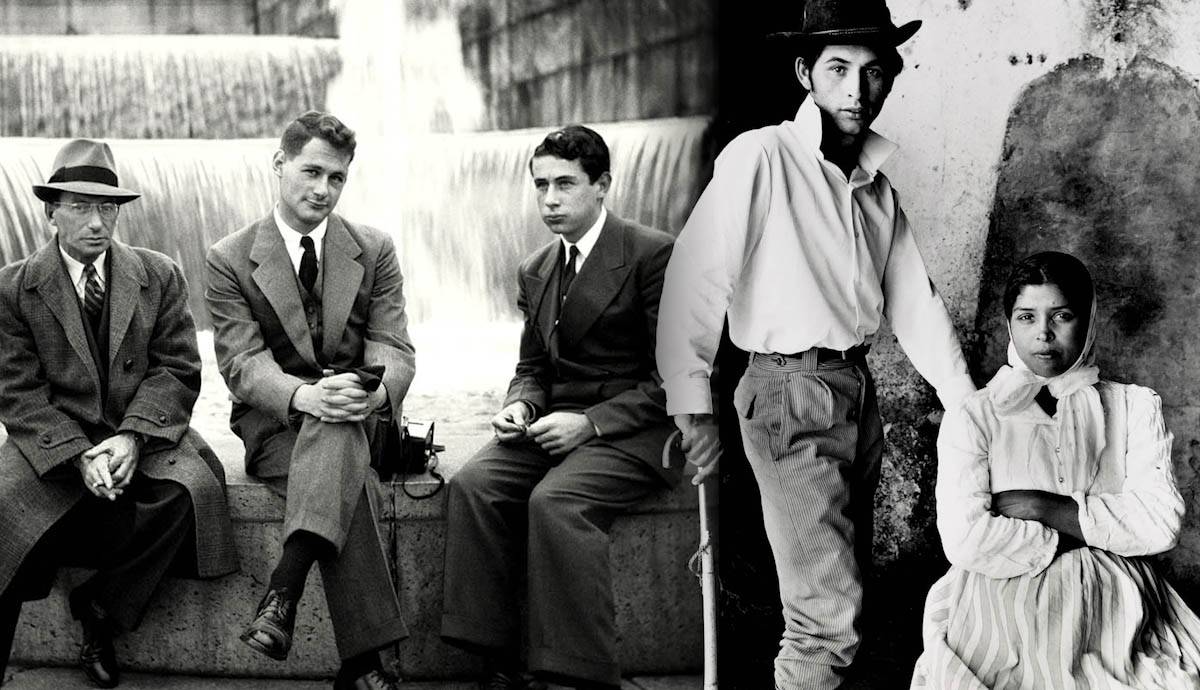 Throughout his long career, Irving Penn created some of the most influential images of all time. He majored in fashion photography, while also capturing ethnographic portraits, nudes, and still-life images. Penn’s work will always stand out because it bears the hallmark of elegant aesthetic simplicity. Famous models, artists, and celebrities such as Pablo Picasso, Marcel Duchamp, George Grosz, Igor Stravinsky, and many others were in front of his lens. For over 60 years his images graced the covers of the most prominent magazines including Vogue and Harper’s Bazaar.

The Early Years of Irving Penn

Irving Penn was born in 1917 in Plainfield, New Jersey to a Russian immigrant family. From his early student years, Penn wanted to become an artist. Art was something highly valued in the Penn household; Penn’s father, though a watchmaker by trade, loved to paint. So, Penn dreamed of becoming a painter, but he failed in doing this. He even ruined the works he made and saw them as inadequate.

While attending the Philadelphia Museum School of Industrial Arts, Irving met Alexey Brodovitch at Harper’s Bazaar. The renowned teacher, photographer, and art director later became his mentor. Brodovitch made him an assistant illustrator and graphic designer at the magazine. After publishing his first drawings there, he managed to buy his first camera, a Rolleiflex, in 1938. For the first time, he began experimenting with fashion photography. Having learned graphic design under the tutelage of Brodovitch, he soon became familiar with avant-garde artists from Europe.

Penn Worked With the Most Prestigious Magazines

In 1940, Irving Penn was hired as the art director for Saks Fifth Avenue in New York City. However, he only stayed at Saks for a short period, after which he took a year off for painting and taking photographs in Mexico and across the United States. Whatever paintings might have been produced on this trip did not survive, but the photographs that he took with his Rolleiflex camera did. When Penn came back from his trip, he was hired by the legendary art director Alexander Lieberman as an associate to make layout work for Vogue magazine.

When Penn expressed disappointment that the staff photographers at the magazine did not like his suggestions for cover photographs, Lieberman encouraged him to begin taking his own. His first colored photograph for Vogue was a still life of a glove, belt, and purse. It was published on the cover of the October 1943 issue of Vogue. With over six decades at Vogue, Irving Penn would create a hundred and sixty-five covers, more than any other photographer had before him.

The Diversity of Penn’s Work

During his time at Vogue, Penn also opened his own studio in New York to create advertising and fashion photography. He had many very high-profile clients, including actors and celebrities. For example, Sophia Loren, Yves Saint Laurent, Salvador Dali, Al Pacino and Picasso were some of the high-profile people Penn photographed. From fashion and advertising to portraiture and still-life photographs, Penn experimented with everything. Although he produced a diverse body of work, he is best known as a still-life and portrait photographer.

The majority of his photographs were shot in his studio in front of a simple background with a tripod, a camera, often a Rolleiflex, and a small stool. He predominantly shot black and white photographs, but he did get into color photographs as well as the times changed. He often placed his models in front of a white wall, on a neutral background, making them bring out elements of their character in their poses. Penn also made his own prints. He wanted the object to be as interesting as the image. His photographic prints belong to a bygone world that no longer exists today.

For more than 50 years Irving Penn had been working in the field of fashion photography. What he was looking for was the human side of his models, in order to turn a lifeless photo into a portrait with personality. During 1949 and 1950, he began his first experiments with nudes in his studio in New York. He embarked on a series of curvy female nudes, under the title Earthly Bodies. As soon as he finished the series, Penn himself hid the photos, fearing an imminent negative reaction.

The fifteen models depicted in these photos were characterized by curves and a few extra pounds, which was something that was in stark contrast to the skinnier bodies present in the media of that time. The images were a typical example of the stylistic principles and overall work that Irving Penn advocated. However, many of his images were considered provocative and were not exhibited for decades.

In the late 1940s, Irving Penn first met Lisa Fonssagrives who became the love of his life. She is known for being the first supermodel and she inspired Penn in many ways. The couple got married in London in September 1950. That same year, Penn went to Paris with Lisa in order to create a fashion photography series for the haute couture collections for Vogue. Among these photos is one showing his wife, Lisa Fonssagrives-Penn, in a Rochas Mermaid Dress. Penn used the beautiful light of Paris to illuminate his muse in his top-floor Paris studio and an old canvas as a backdrop. In his photographs, we can notice that Penn was also inspired by dance and architecture and managed to fit them all into one image of a model wearing an expensive dress.

During his time in Paris in 1950, Penn also created the Small Trades series — one of the most significant bodies of work in his career. Specifically, he photographed individuals like butchers, bakers, or workers carrying their tools. Each posed against a neutral setting of the studio and was shot under natural light. Traveling to London in September 1950 enabled Penn to continue the ‘’Small Trades” project. Penn recognized that many of these jobs would soon vanish, so he wanted to capture all the traditional professions associated with the city, from charwomen and fishmongers to seamstresses and lorry washers.

Irving Penn succeeded in removing the unnecessary and highlighting the essential in his photographs, by connecting art with body movement. Penn’s innovative and iconographic style was based on a very personal philosophy that had to do with the way he photographed: he wanted people and objects he captured to be in the studio away from their usual environment. Penn believed that this captured their true nature. His goal was to guide the viewer’s attention to the model, without unnecessary distractions.

Photographing ”Worlds in a Small Room”

In the following years between 1964 and 1971, Penn had to travel more for Vogue assignments. He traveled the world photographing for Vogue even though he preferred the studio-controlled environment, in which he could remove and compose his images with the precision he wanted. From Japan and Crete to Spain, Nepal, Cameroon, New Guinea, and Morocco, Penn captured portraits of people in natural light.

After a trip to Cusco, Penn photographed the inhabitants and people from the neighboring mountain villages, using only a simple backdrop and natural illumination. He took his camera on the road and recreated his quiet studio wherever he went. In 1974, he published the various ethnographic portraits he made in a publication called Worlds in a small room.

In the mid-1960s Penn developed a complex method for printing with platinum and palladium metals. He helped revive and popularize this 19th-century process. Penn created a series of 14 prints showing cigarettes that were selected for his first solo exhibition at MoMA in 1975. This single exhibition overcame a strong prejudice against commercial photographers at a time when photography had yet to become one of the main pillars of contemporary art.

From the early 1970s, Irving Penn began collecting cigarette butts that he found on the sidewalks of New York. Bringing them back to his studio, he photographed them, grouped them, in pairs, or as individual objects. The print number 17 in that series depicts a pair of cigarette butts photographed against a plain background. The picture is a detailed study of the most disposable object. By putting the cigarette butts against a simple white background, Penn transformed this product into a symbol of modern culture. The Cigarette series was made using the platinum-palladium printing process allowing for a more nuanced tonal range in the print.

Irving Penn passed away in 2009 at the age of 92 at his home in Manhattan. His work was overall characterized by a special combination of elegance, minimalism, purity, and simplicity. This was the signature of the famous American photographer and his magnificent work. After his death, the Irving Penn foundation carried on his legacy, ensuring that his work and his fashion photography live on.