Jean-François Champollion is called the father of Egyptology. Using the Rosetta Stone uncovered during the Napoleonic invasion of Egypt, he was able to decipher the ancient Egyptian language 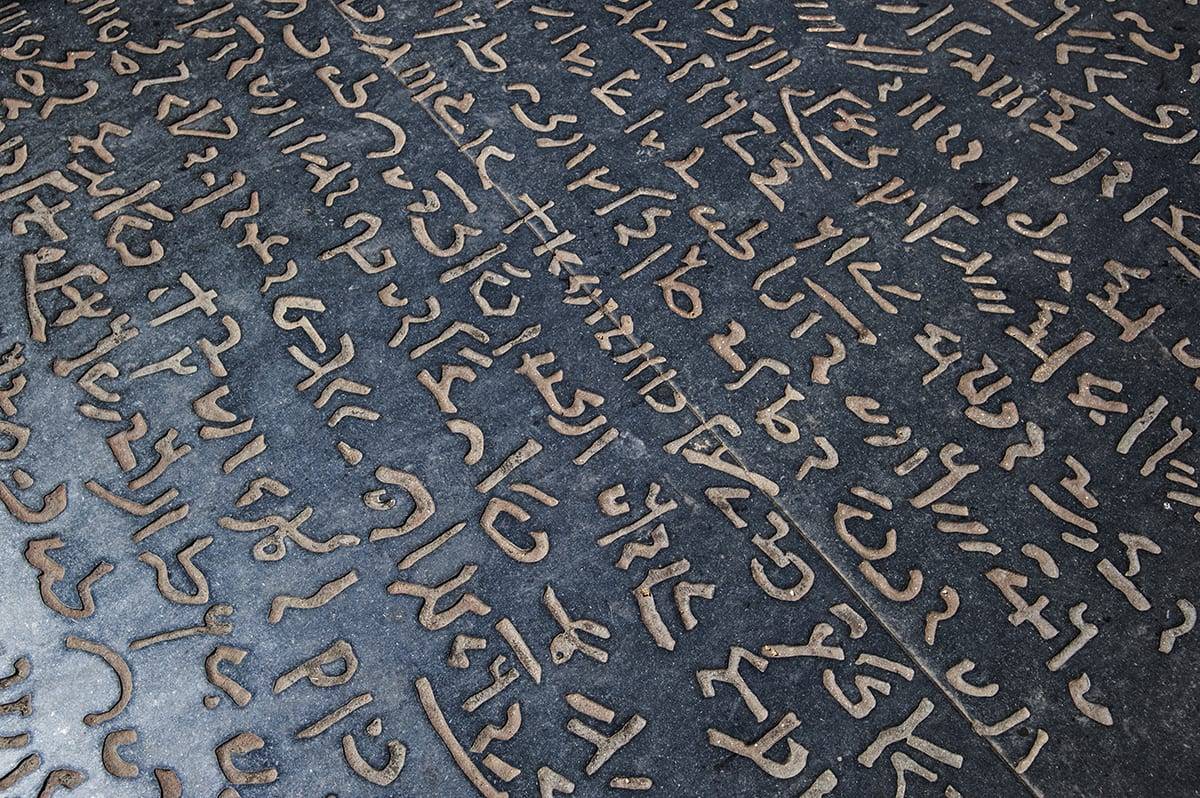 Jean-François Champollion was born to a bookseller in the town of Figeac, France on 23 December 1790. He was a child genius who wasn’t fond of traditional schooling. However, by the age of 12 he was already well on his way toward mastering six ancient and Oriental languages.

These were Latin, Greek, Hebrew, Chaldean, Arabic and Syriac. However, it is his decipherment of the ancient Egyptian language that makes him famous.

Champollion was a Bonapartist and spent much of his career in disagreement with the royalist factions in French society. It is no wonder though, as Bonaparte’s military escapades were the impetus for his success.Napoleon Bonaparte’s attempted 1798 invasion of Egypt was a military failure, with many of his troops succumbing to eye disease that left them blind. Although the French eventually withdrew, the expedition was a scientific success that set the foundation for future scholarly work about Egypt.

Along with the troops he sent to Egypt, Napoleon prepared an army of savants to investigate and record all aspects of Egypt, past and present. These included mathematicians, artists, sculptors, architects, naturalists, geographers, astronomers and engineers, whose job it was to record what they found, in words, drawings, plans and paintings, culminating in the masterpiece work Description de l’Egypte (Description of Egypt).

One day, while fortifying a fort in the port city of Rosetta, a French lieutenant unearthed a stone that would allow Champollion to unlock the secrets of the hieroglyphs. He recognized that it was significant because it had text in Greek, hieroglyphs and another unknown script, now known to be demotic. So he sent it to the Commission in Cairo. However, when the British and Ottoman forces defeated the French, the Rosetta Stone was carted off to London as war spoils and eventually put on display in the British Museum where it can be seen today.

Just as the French and British rivalry manifested itself in the battle to possess the Rosetta Stone, so did the race to decipher the hieroglyphs. Champollion and British genius Thomas Young were the two main contenders in this race to unlock the ancient Egyptian language.

Champollion had been appointed a professor of history and politics at the age of 19, but his interest in deciphering the hieroglyphs can be traced at least as far back to a lecture he gave at the age of 16. He theorized that the Coptic language was the latest form of the ancient Egyptian language. Due to political differences with those in power, Champollion was eventually removed from his professorship and was able to devote himself entirely to deciphering the hieroglyphs.

Young was a scientist, linguist, and physician who in 1819 published an anonymous article in Encyclopedia Brittanica about the hieroglyphs. He was able to identify 13 alphabetic characters and translate a number of whole words and an alphabet for demotic. It is unclear how much Champollion drew on Young’s work in his own decipherment of hieroglyphs.

Champollion took the decipherment of hieroglyphs further than Young and is widely credited as the one who cracked the code today. In 1822, using the royal names written in cartouches as his key piece of evidence, he recognized that the Egyptian script was a combination of phonetic characters representing sounds and ideograms representing objects and concepts and outlined his findings in a letter to Monsieur Dacier.

Champollion’s discovery was not without its detractors. Young was bitter that the Frenchman may have used his work without giving him due credit. Another scholar, Edmé-François Jomard, criticized Champollion because the latter had previously shown some of his work to be wrong. So he suggested to everyone and anyone that Champollion could not possibly be correct, because he had never been to Egypt!Image 22 of 23 for Précis du systeme hiéroglyphique des anciens Egyptiens. Ou recherches sur les éléments premiers de cette écriture sacrée, sur leurs diverses combinaisons, et sur les rapports de ce système avec les autres méthodes graphiques égyptiennes[newline}

In 1824, Champollion built upon this initial work with the publication of Précis du système hiéroglyphique des anciens Égyptiens (Synopsis of the Hieroglyphic System of the Ancient Egyptians). This publication put to rest and doubts that he had unlocked the secrets of the ancient Egyptian language, having deciphered 450 words or groups of words.

Curator at the Louvre

Champollion had struggled for many years financially and professionally as an assistant professor. As a reward for his success in deciphering the hieroglyphs,King Charles X appointed him the first curator of the Egyptian collection at the Louvre. He organized the collection in four rooms according to their historical, rather than artistic, significance. He divided up the artifacts representing the Egyptian funerary realm, daily life and gods and goddesses.

In 1828, Champollion was finally able to visit Egypt himself and record many of the texts firsthand. He was joined by Ippolito Rosellini, an Italian professor, as his chief assistant and a talented artist in his own right. He assembled a group of artists and draftsmen and sailed up the Nile as far as Abu Simbel, identifying sites along the way. On the downstream journey, they made copies of many important monuments. Champollion’s premature death in 1832 left the responsibility of publishing the work to Rosellini. I Monumenti dell’Egitto e della Nubia (The Monuments of Egypt and Nubia) consists of 3300 pages of text and 395 often beautifully colored plates and is a collectible in its own right.

At the age of only 41, Champollion died, probably of a stroke. Although his life was cut short, his brother Jacques made sure that his almost completed grammar and dictionary were published posthumously in 1838 and 1842, respectively. When we say that Champollion is the grandfather and founder of the field of Egyptology, it is no exaggeration. As no other ancient culture has more written documents that survive as Egypt, his contribution to the understanding of Egyptian religion, history, daily life and many other facets is undeniable.