HomePhilosophyHow to Become an Effective Leader According to Niccolò Machiavelli

How to Become an Effective Leader According to Niccolò Machiavelli

What makes Niccolò Machiavelli’s most famous book ‘The Prince’ so influential? It was written as a handbook on how to rule and its advice is still considered extremely insightful. 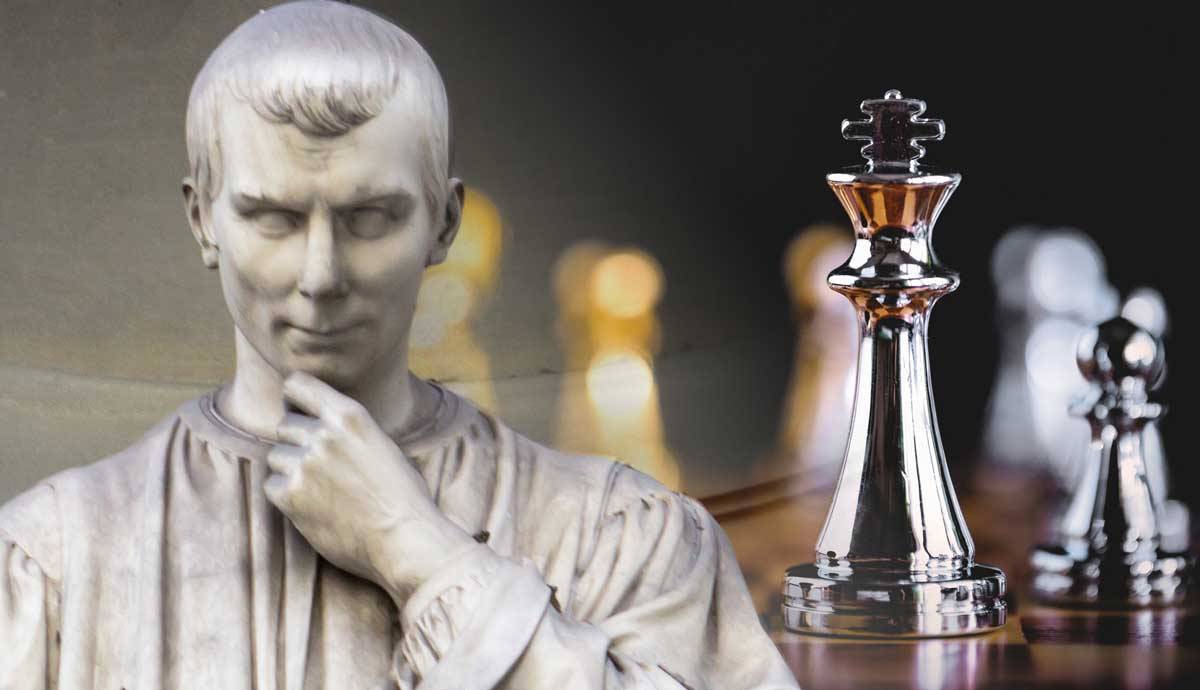 The Prince is one of the most notorious political treatises in history. Ever since its publication in 1532, historians, philosophers and leaders have closely analyzed Niccolò Machiavelli’s advice on how to rule effectively. Most of the book’s controversy stems from Machiavelli’s view that princes do not need to be morally good in order to possess the right to command.

Although some Renaissance thinkers considered Machiavelli’s treatise to be amoral and evil, many of his original arguments have been distorted or overblown. After all, the author himself spent much of his life working within Florentine politics, where he gained plenty of experience in how the levers of power really work. His writing is often supported by real-life historical examples. The realistic and practical advice found in The Prince has posed a conundrum for political philosophers for centuries.

Why and How Did Machiavelli Write The Prince?

In the early 1500s, Machiavelli was working as a prominent diplomat in the newly-formed Republic of Florence. He was appointed Second Chancellor of Florence and subsequently spent plenty of time traveling across Italy and France. His surviving letters reveal a man with an acute understanding of the nature of politics and how to manipulate people in power.

Unfortunately for Machiavelli, in 1512 the Medici family reclaimed power in Florence. The formation of the Florentine Republic had taken power from them, but they successfully overthrew the government and punished anyone associated with its rule. Machiavelli was one victim of this purge: in 1513 he was imprisoned and tortured for several weeks. Eventually he was released and escaped to his farm on the outskirts of Florence.

Machiavelli’s time in political exile was productive. He wrote The Prince in 1513 and intended it to be used as a handbook for rulers. Specifically, he wanted to present it to the Medici family as a way to gain favor with them (the book’s original dedication was addressed to Giuliano de’ Medici). During his time in political office, he quickly understood that moral goodness alone wasn’t sufficient to win and maintain power. The Prince brings together this understanding by offering a series of chapters which offer direct advice to leaders on the best way to gain and stay in power.

Machiavelli assesses all of the different ways that princes might gain and keep power. For example, he sees major differences between a state that is acquired by force, and one that is inherited from family. Contrary to what one might assume, Machiavelli believes that states acquired by war and violence are easier to maintain. In The Prince he argues that a populace fears an incoming warlord far more strongly than they love a hereditary prince.

The military might of a prince who fights to gain power is fresh in people’s memories. Because of this, he can draw on this reputation when he needs to call on his subjects to protect his state from external enemies. Hereditary rulers don’t have the same notoriety, so they have to be more creative in how they recruit and strengthen morale within their internal armies.

The Prince is full of scenarios such as this. Machiavelli covers everything from the pros and cons of using mercenaries to the role of fortune in maintaining power. As stated above, some of his best-known ideas involve the morality of leaders. In The Prince, Machiavelli makes a distinction between public and private morality. In public, leaders should not be afraid to act ruthlessly and make immoral decisions (including killing off rival families) if it helps them to maintain power.

Despite being a victim of state mandated torture himself, Machiavelli displays an innate understanding of the practical role of violence – and the contradictory actions of supposedly ‘Christian’ rulers – within 16th century politics. He stuck to his belief that “It is necessary for a prince wishing to hold his own to know how to do wrong.”

The Concept of Princely Virtue

Another famous concept that Machiavelli introduces in The Prince is that of virtue. Virtue is often associated with characteristics of duty, honor and moral goodness. But in The Prince, virtue takes on a very new and specific definition.

For princes who want to maintain their power, Machiavellian virtue is characterized by the idea of flexibility. The world is constantly changing. States will always be under threat from internal and external enemies. A virtuous leader must adapt their behavior to change accordingly, rather than trying to stick to a fixed set of principles under any and all circumstances. This may well mean engaging in behavior that society deems amoral, such as poisoning a political rival to halt an attempted coup.

With lessons like these, it’s not hard to see why The Prince was met with such outrage, particularly by Christian authorities, when it first circulated in the 1530s.

Heretical and Amoral: The Book’s Reception in the 16th Century

The Prince was a dramatic change from the average political treatise. Before its publication, for centuries (in Europe at least), any writing on politics was always bonded with ethics and morality. Machiavelli went a different way entirely. He repeatedly states that is not interested in discussing what an ideal society might look like: “There is such a gap between how one lives and how one should live that he who neglects what is being done for what should be done will learn his destruction rather than his preservation.”

Instead, Machiavelli focused on what he had seen with his own eyes. Far from viewing Europe’s political leaders as model Christian rulers, The Prince was billed as a more realistic assessment of political power and how it operated.  Interestingly, Lorenzo de’ Medici (whom the book was dedicated to) likely never read Machiavelli’s handbook. However, the printing press circulated it widely and the book was read by many of Europe’s leading figures including Henry VIII, Charles V, Thomas Cromwell and more.

The Prince was condemned by the Catholic Church and Pope Paul IV placed it on the Index of banned books in 1559. Various thinkers accused Machiavelli of atheism and immorality. But its ruthlessness was welcomed by literary giants of the age, who developed Machiavelli’s ideas into various well-known stage characters: Christopher Marlowe’s Faustus was one, while Shakespeare’s Iago was another.

Machiavelli’s legacy continued long after his death in 1527. As well as The Prince, he wrote several plays, sketches and poetry. By 1520 he had regained favor with the Medici family and was commissioned to write a history of Florence, which he completed in 1525. He also wrote another history, Discourses on the Ten Books of Titus Livy, which survived and has also proved influential when examining Machiavelli’s thought.

The Prince has reportedly been read by world leaders from Josef Stalin to Richard Nixon. Though some of its advice is very much of its time, Machiavelli’s key ideas remain influential and interesting to academics, historians, commentators and politicians alike. His dim view of humans as “wretched creatures” has proved fascinating to many. One thing is for certain: Machiavelli completely changed the way that people discussed politics and power.

5 Key Moments in the Reign of King Henry VIII