During the 19th century, artists including Edgar Degas and Henri Toulouse Lautrec found a new way to paint women. 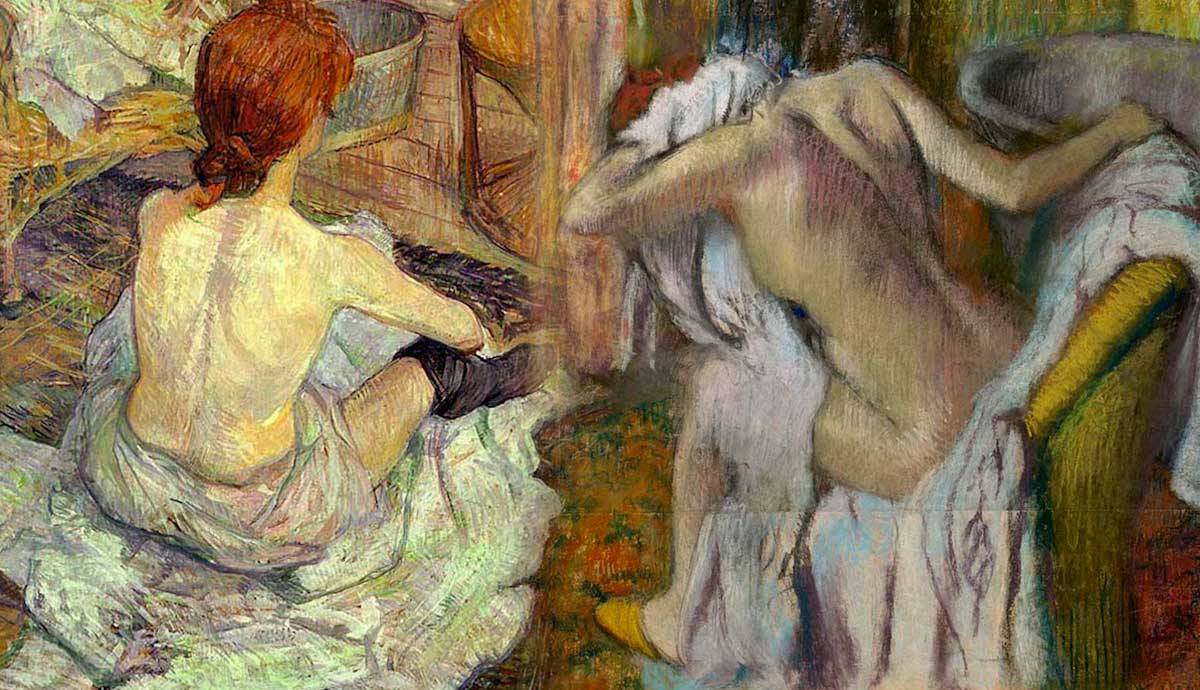 In art history, it’s common to stumble upon women painted either as seductresses or as saints. But when impressionism came to life artists found a more intimate way of creating portraits of women. We will look at modern art pieces where women are  represented differently, in intimate everyday places. These portraits of women in impressionism and post-impressionism don’t always seek to provoke those who observe them. The portrayed women are not always aware that they are being watched and we can see them go through their daily lives. Take a look at portraits of women made by Edgar Degas and Henri Toulouse-Lautrec.

Edgar Degas was born in Paris on July 19, 1834. Degas was a self-taught painter. While his father was a banker, the artist was not interested in the world of finance, but in drawing, coloring, and sculptural experimentations. Although he never considered himself an impressionist, he is known as one of the founders of this movement. He certainly exhibited his works in multiple exhibitions with the rest of the members of this artistic movement.  Many art historians consider Degas to be one of the artists who influenced the development of impressionism and the emergence of the artistic avant-garde of the twentieth century.

Degas preferred hanging out in the bohemian cafes, often seen in the art of the time. There he met many characters that would become parts of his paintings. It is widely known that ballet and ballerinas became his main artistic obsession. Degas looked at ballerinas on stage, but he also decided to go behind the scenes, where he could examine closely how hard and demanding ballet dancing was.

Degas’s Fascination with the Intimate World of Women

On May 15, 1886, the last impressionist exhibition was held. Several artists came together to collaborate in an exhibition known as the Eighth Exhibition of Painting, which was held at Rue Laffitte and included works made by Paul Gauguin, Mary Cassatt, Marie Bracquemond, Edgar Degas, Camille Pissarro, George Seurat, and Paul Signac.

In works exhibited at this exhibition, Degas focused on the female nude. He captured women bathing, showering, drying themselves, or combing their hair. He brought the viewer closer to the figures that seem totally absorbed in their own rituals. Degas turned away from forced and stiff poses and let the portrayed women adopt natural postures. In fact, their natural positions were so evident that the critic Gustave Geffroy suggested that Degas might have been secretly peeping at his models through a keyhole.

In a work called After the Bath, Woman Drying Herself we see, as the title explains, a woman drying her body with white towels. There is no denying that there is a voyeuristic aspect present in this series of works, since the woman doesn’t notice the presence of the viewer. Because of this, the painting feels so natural. We do not see a woman posing for the artist, but a woman performing an everyday task such as drying herself after taking a bath.

It is precisely this naturalness that gives a distinct tone to Degas’ works. A naturalness that is not common in all impressionist works. For example, if we analyze The Bathers series created by Pierre-Auguste Renoir, we can notice that the postures of the portrayed women are forced and they generate a feeling of discomfort. Degas’ women are also portrayed as located in private spaces. On the other hand, Renoir’s bathers seem aware of the viewer that observes them. Their poses seem exaggerated and fake, they seek to captivate the observer, while Degas’ women are simply living their everyday life.

These elements can also be found in works such as Woman in her bath sponging her leg or Woman Bathing in a Shallow Tub. In all of these artworks the women are shown from their backs while looking at their bodies and concentrating on themselves. The diffused light and the soft contrast of warm and cold color tones contribute to the feeling of intimacy of the moment. The artworks of Degas did receive some criticism. His paintings are sometimes described as misogynistic.

Henri de Toulouse-Lautrec was born in Albi on November 24, 1864, in one of the most important aristocratic families in France. He came from the union made between Count Alphonse Charles de Toulouse-Lautrec Monfa and Adèle Marquette Tapié de Céleyran. It is important to emphasize that the count and the countess were cousins, therefore, it is possible that this genetic load had an influence on Lautrec’s health. The condition that the artist had is currently known as pycnodysostosis, which is characterized by osteosclerosis in the skeleton, short stature, and bone fragility. The condition had a great influence on his desire to become an artist since he found spiritual refuge in art.

Toulouse-Lautrec dedicated himself to portraying the Parisian lifestyle at the end of the 19th century, concentrating on cabarets and bistros, where he spent much of his time drawing workers and dancers. Paris became the cradle of pleasure at that time. Toulouse-Lautrec not only enjoyed the world of Parisian nightlife but found inspiration for his art there as well. He no longer saw this world through the eyes of his own society but from the point of view of a person for whom barriers and class differences have been overcome. The painter showed us what he saw, without the arrogance of someone who believed to be socially superior, but also, he showed no idealizations. Toulouse-Lautrec brought his observations to the canvas with great sensitivity, recreating realistic environments full of color.

After Edgar Degas: Women in the Eyes of Toulouse-Lautrec

In addition to the famous posters of the Moulin Rouge and the portraits of Parisian bohemian parties, Toulouse-Lautrec created a large series of female nudes. One of these is known as La toilette (or the Woman at her Toilette), where we can see a woman sitting on the floor with her back facing the viewer. We see the young woman with her red hair casually tied at shoulder height, sitting in a natural position on the floor. Around her waist, we see a white garment and on the right leg, we can notice a dark stocking.  We can see that Toulouse-Lautrec moves away from the principles of classical perspective, as he shows us the room viewed from above. This was a clear influence coming from the visual forms present in the art of Japanese printmaking that was very popular in France at the time.

This work was created on cardboard. In fact, this material was widely used by the artist, whether he was working with oil paint, pastels, or lithography. Toulouse-Lautrec always preferred a matte surface on which his classic cold colors stood out with strong brushstrokes. Another similar work showing a female portrait is called Woman before a Mirror, where again we see a woman portrayed from behind while she observes herself in the mirror.

These works look a lot like the pieces created by Edgar Degas. This is because Toulouse-Lautrec considered himself an ideal continuator of Degas’ work. However, this artist embraces an even stronger approach to this intimate feminine space. The relationship that the painter had with women, especially with sex workers was fundamental to his artistic formation. Once again, in Lautrec’s work, we find a very intimate space with a figure that does not realize that she is being watched. We see her naked body from behind, standing in a natural posture. Both artists succeed in capturing the changes in the representation of women, switching from images of goddesses and saints to real women portrayed in everyday places. 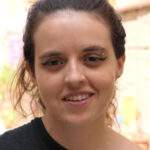 By Analia VallejoMA Cultural Management, BA Art HistoryAnalia is a Art Historian from the Pontificia Universidad Católica del Ecuador (PUCE) with a Master in Cultural Management from the Universitat Oberta de Catalunya (UOC). I have been part of several symposiums and conferences on history, both national and international. My academic interests focus on visual studies, cultural history, art history, museum management, and the production of cultural events.