When was the veneration of women, symbolized by ancient mother goddesses, replaced by patriarchal societies? We will never know. But throughout history, some ancient women have nonetheless broken their boundaries. 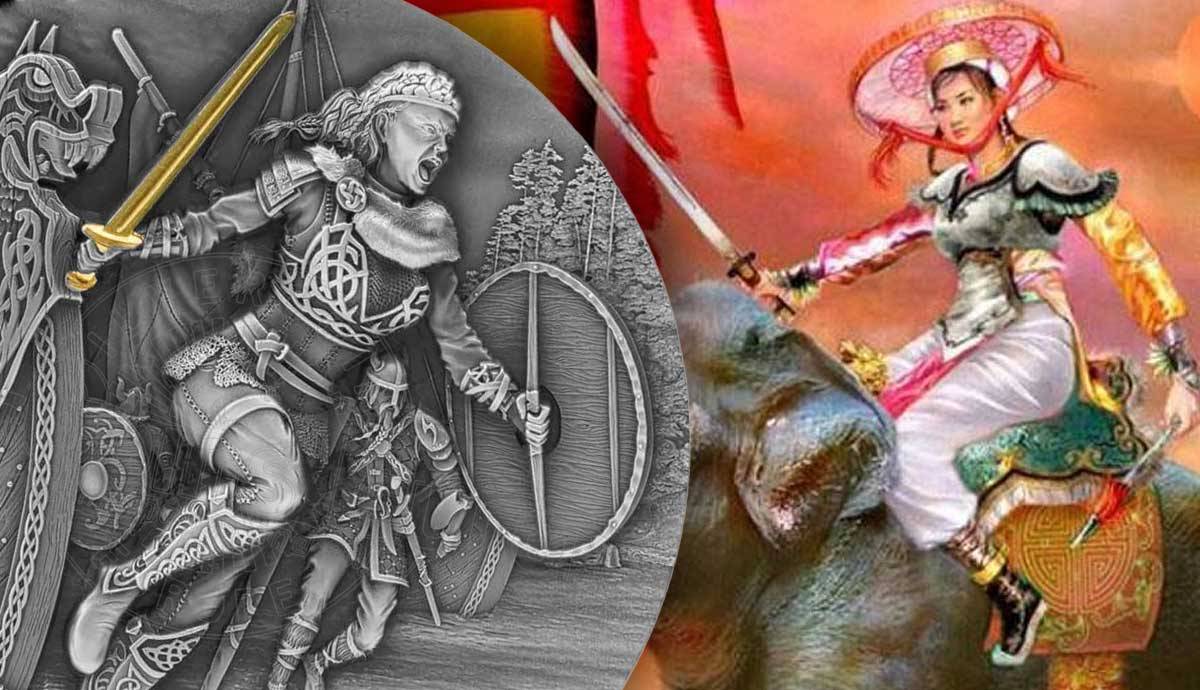 Throughout history women have played subservient roles to their male counterparts in most societies. When did the male role of protector change to total male dominance one wonders? Whatever the case, several ancient women were crucial protagonists in various critical and dominant spheres in their communities and nations. Their achievements were accomplished despite the disparity in gender roles, and it is noteworthy to mention that their accomplishments were made due to their unique abilities to think and act outside their boundaries. They ingeniously proved themselves more capable than the men of their times, who were automatically regarded as superior simply based on their gender.

On the back of their elephants, two Vietnamese warrior-sisters led a momentous rebellion at a time when it was unheard of for ancient women to do so. Vietnam had been under Chinese rule for centuries and several small, somewhat insignificant insurrection attempts by Vietnamese men had so far been unsuccessful.

In 39 CE however, after the murder of her husband who was plotting against the Chinese, Trung Trac and her younger sister Trung Nhi successfully led an army against them. They were so determined that within a year they controlled sixty-five northern strongholds in the country. In the years to follow, between 39 CE to 43 CE, the sisters were so successful that they managed to create an independent state.

The sisters were at the forefront of the movement toward Vietnam’s independence and they led the way for other women to follow their heroic and triumphant efforts. Without supplies and the support of more troops, the sisters took their own lives rather than concede to the far mightier Chinese forces in 43 CE.

The sisters have been honored for their heroism, and they have a road named after them in former Saigon (Known as Ho Chi Minh City), as well as a pagoda in Hanoi and one at Hat Mon. Their accomplishments are often praised by teachers and scholars across Asia, especially in places where culture remains very much male-dominated to this day.

Following the defeat of the Trung sisters and the resumption of Chinese assimilation of the Vietnamese population, another ancient woman rose to make a name for herself in the fight for independence. Ba Trieu, also known as the Vietnamese Joan of Arc, lived with her brother Trieu Quoc Dat, a powerful leader in the Cuu Chan District. She lost both her parents when she was only a young girl. Writings about this ancient woman portray her as having been physically resilient with a fighting spirit. She was a forward thinker in the third century.

At nineteen she was advised by her brother to marry, to which she defiantly retorted that she would be better off serving her people as a warrior for independence against the tight controls of the Chinese who had oppressed the Vietnamese for centuries.

“I only want to ride the wind and walk the waves, slay the big whales of the eastern sea, clean up frontiers and save the people from drowning. Why should I imitate others, bend my back to men, stoop over and be a slave.”
(Warriors, Poets, and Radio Hosts, Glenn Macdonald)

She added: “Why resign myself to menial housework?” These words are ascribed to Ba Trieu when her family tried to talk her out of battle.

At some point during the third century, Ba Trieu’s brother was planning to lead an insurrection against the Chinese occupiers in the region. Ba Trieu, only 19 years of age at the time, gathered an army of around one thousand fighters whom she trained and subsequently led into battle to assist her brother’s army. The rebellion was successful, and the army was so impressed with the courage and conviction Ba Trieu had displayed as well as her astute leadership skills, that they declared her their leader. At the age of 23 Ba Trieu took her own life rather than be captured when she was defeated in battle. Today, she is a renowned national hero of Vietnam and a revered example to the country’s women of a fighter against oppression.

In Arabia, another ancient woman, Queen Mavia, raised an army and successfully steered them into battle against the mighty Romans. Queen Mavia was married to a king about whom not much is known. It was only after his death that she became a dominant warrior leader.

As a Christian queen of the Syrian and Jordanian semi-itinerant Tanukhid Arab clan, she arranged a rebellion against Rome in c. 378. She was triumphantly able to control the terms negotiated after her victory. She crucially demanded the appointment of an orthodox Christian monk named Moses, as bishop over her tribes. Moses went on to reach a favorable peace agreement with the Romans. To solidify this treaty, Mavia also contracted the marriage of her daughter to the Roman leader Victor.

There are no details about Queen Mavia’s death, but it is believed that she ruled her tribes from ca 375 to ca 425 CE. Queen Mavia’s accomplishments are nothing short of awe-inspiring and it is widely written that the Romans simply laughed off any talk of a rebellion led by her because she was a mere woman.

This remarkable woman from antiquity is widely praised for having personally led her troops in battle and for having herself been a warrior woman during her insurrection against the Romans. She is also well known for having thwarted attacks against her tribes during her reign with true bravery and the acumen of an experienced and strategic military general.

4. Queen Cartimandua of the Brigante

This ancient woman used her shrewd negotiating skills to remain in power and rule her people. The Brigantes from the northern part of Britain was a community ruled by Queen Cartimandua. Her leadership was most significant from circa 43 CE after she had bargained with the emperor of Rome at the time, Claudius,  in order to remain in power. Her clever and strategic negotiating skills enabled her to enlist the assistance of the Romans in 48 CE. They helped her to hold her position as queen when several anti-Roman factions attempted to rebel against her leadership.

Queen Cartimandua again reinforced her reign ca 51 CE when she had her army arrest the British resistance leader Caratacus. She handed him over to the Romans, thereby reaffirming her treaty with Rome and strengthening support from the Roman troops. By continuously strengthening her alliance with the Romans the queen solidified her rule over the region and its population. Even her husband Venutius, who was supposed to be a joint ruler with her, attempted to depose her as queen between 52 CE to 57 CE. His attempts failed because the Romans defeated him in order to guarantee that Cartimandua remain in power. It is remarkable for a woman in antiquity to have garnered such support from the great Roman empire, even being favored above a man in such a prominent political role.

The queen was eventually overthrown by Venutius after they divorced. He plotted against her for a third time, and this time he succeeded. Her loss was largely due to the political turmoil and lack of leadership back in Rome, which had transitioned through four emperors in a brief period. The Romans eventually dethroned Venutius in 71 CE.

Queen Cartimandua is a true example of a woman in antiquity who rose above the male gender to rule by masterfully gaining the support of the Romans who kept her in the position of queen. Silver coins which were minted during the time of Cartimandua are prominent among artifacts from this time.

The adventures of this ancient woman are immortalized in two Icelandic sagas. Depending on which of the two versions of this Icelandic female figure you believe is closest to the truth, controversy surrounds Freydis Eiriksdottir. She can be perceived as either a courageous and committed warrior or a homicidal, sly, and brutal character. As her name indicates, Freydis was the daughter of Erik the Red of Iceland, and the sister of Leif Eriksen. She is believed to have been born in ca 970.

The first legend about Freydis is chronicled in Erik the Red’s Saga and is fascinating, to say the least. According to this account, Freydis traveled to Newfoundland, North America in convoy with others. On their way, enemies attacked the group. Freydis valiantly grabbed hold of a sword from one of the murdered members and successfully warded off the rest of the attackers. She succeeded in saving the party of guests and is recognized as a truly courageous heroine.

The other version of the story is quite different and is taken from the Greenlander’s Saga. This legend tells a story of deceit and lies. On a trip with her husband and her brothers, Freydis stages a scene to falsely lead her husband to believe that her brothers assaulted her. She demands that her husband avenge this attack. Her husband and his men retaliate by killing her brothers but refuse to kill the women. Freydis then cold-bloodedly took an ax and brutally murdered the women in her brothers’ party to ensure that there would be no survivors.

Whichever saga you believe, Freydis certainly left her mark and rose above the constraints of her gender.

Scattered throughout the annals of history are women such as those mentioned above who exceeded boundaries, whether good or bad. The memory of many of them has been lost across time and space. Their obscurity is often due to the very fact that their uniqueness and their triumphs over men could not be acknowledged by lesser or defeated men.

Some of the oldest stories in the world show a marked influence and reverence for the feminine. The very process of pregnancy and childbirth, in a world where the concept of fertility was mysterious and awe-inspiring whether in humans, animals or plants, made women objects of wonder and glory. And then it changed. By the time history was recorded men ruled the roost, and women were seen as homemakers, hearth-keepers, and child bearers.

It took valor and daring for these women to step outside their traditional roles. How many others were there that were written out of history? The stories of the few women that were not lost over time are exceptional, fascinating, and inspirational. These women’s legacies are honored and respected as examples of strength and boundless ability by those who dare to step outside their designated space — to play outside the box! 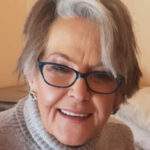