Richard Bernstein is an artist best known for his iconic portraits made for Andy Warhol’s Interview Magazine from 1972 to 1989. 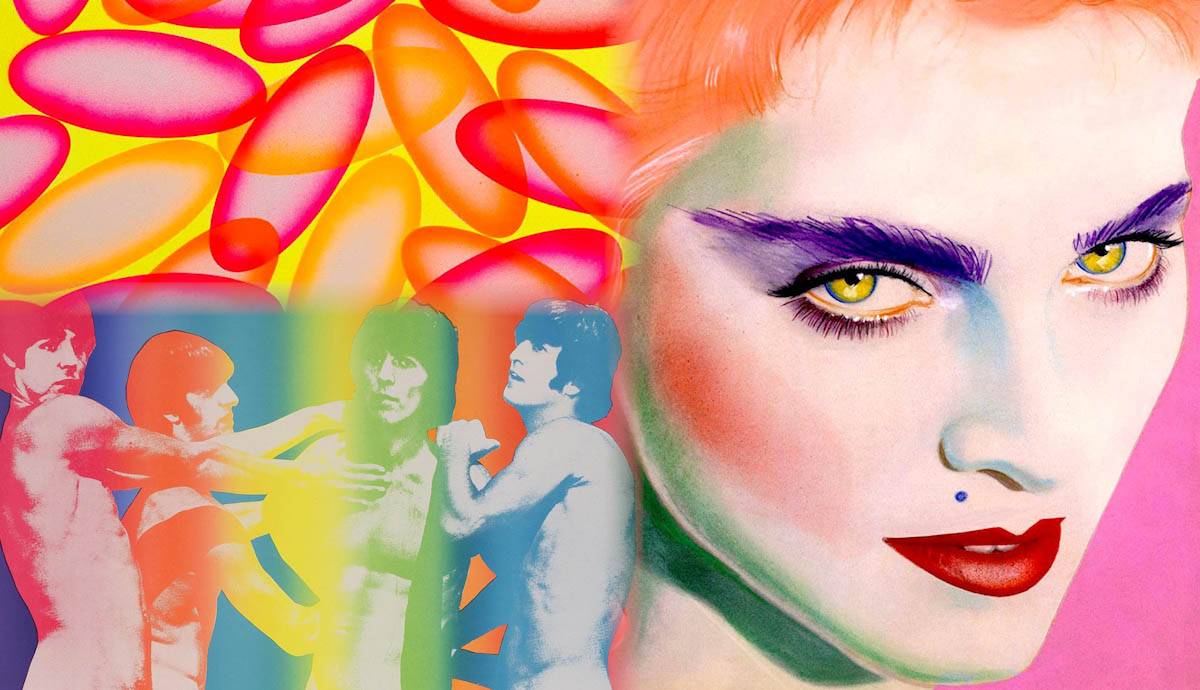 Behind the glamorous and wildly colorful portraits of Interview Magazine that many assumed were made by Andy Warhol, was an artist called Richard Bernstein. As Warhol once said “Richard Bernstein is my favorite artist. He makes everyone look so famous.” Bernstein’s work at Interview stands as a prescient social document that ushered in our obsession with celebrity culture. His signature look of hyper-colored graphics and dazzling portraits came to define a bygone era. These artworks can also serve as an escape from our current climate.

Richard Bernstein was born on Halloween in 1939 to a middle-class family in New York. His father owned Supreme Fashions, a company that manufactured men’s suits; his mother was a trained classical pianist. Both of his parents praised beauty and creativity, which Richard possessed in abundance. He grew up with a love of Hollywood and celebrity culture that inspired him throughout his career.  Bernstein’s parents enrolled him in Saturday classes at the Metropolitan Museum of Art for gifted and talented children. It was there that he was introduced to the art of Mondrian, Picasso, and Georgia O’Keeffe that led him to pursue a career in fine arts. Their works would inspire him throughout his career.

Richard went on to study at Pratt and Columbia University, under the famed German artist Richard Lindner, who had a great influence on him. In 1965, Bernstein had his first solo exhibition in New York, which opened to rave reviews. One of his earliest works showed Greta Garbo on a round canvas. Another one was a black and white assemblage of the Kennedy brothers (John, Robert, and Ted) raised from the backing of a hand-sewn fabric of large stars. Another one of his early works was titled The Tin Man’s Heart rising above a hand-sewn canvas of the American flag. One can see the inspiration of this artwork came from Andy Warhol’s Eight Elvises, Jasper Johns, and Bernstein’s own love of The Wizard of Oz. These early works typified Pop art’s fascination with commodification, repetition, and pop culture.

The art critic David Bourdon brought Andy Warhol to Bernstein’s show and introduced the two. They immediately bonded over their shared love of Hollywood glamour and celebrity.  Andy was not only enamored by Richard’s art, but of the artist himself, offering him a role in one of his movies. While Bernstein turned down Warhol’s movie role offer, they found themselves exhibiting their work next to each other at The Byron Gallery “Box Show” alongside Sol Lewitt, Robert Rauschenberg, and Louise Nevelson. Warhol, however, managed to use Richard’s apartment in 1966 for The Bed movie set, while Richard stayed behind the camera.

Later that year, Richard moved to Paris to gain inspiration from Europe’s most romantic and glamorous city. He always seemed to find the center of nightlife and Paris was no exception. Bernstein became a regular at Chez Regine nightclub. While in Paris, Bernstein befriended celebrities such as Twiggy, Alain Delon, and Paloma Picasso; the latter would go on to become his art assistant. While living on the Ile de Saint Louis, Richard was employing spray paint and acrylic to depict large neon-colored pills he called Pilules on canvas and paper. He also created sculptures of these pills. Bernstein debuted these works at the famous Iris Clert Gallery in Paris and later in Venice, where Peggy Guggenheim was in attendance.  At a time when Abstract Expressionism and Color Field painting were at their peak, this series represented a stark contrast and caused quite a stir.

In 1968, Richard Bernstein created one of the most controversial pieces titled The Nude Beatles where he had superimposed the Beatles’ heads on nude male bodies in neon colors. A French judge ordered the prints to be confiscated and Apple Records (the Beatles’ label) sued the artist, but ultimately he prevailed. Bernstein, who later met John Lennon and discussed the painting, told him that the work would have made a great album cover. Very few of these prints exist today, but one was recently exhibited at MoMA in 2015 for the Making Music Modern exhibition.

After returning to New York in 1968, Bernstein settled into the grand ballroom of the Chelsea Hotel where he would live until he passed away in 2002. He was a regular at the infamous artist haunt Max’s Kansas City, which he immortalized in a painting of a hauntingly empty restaurant with a Dan Flavin installation illuminating the room red. It was there that Bernstein’s and Warhol’s friendship rekindled. Bernstein showed Andy his new series of ‘Pilules’ as well as his celebrity portraits of Barbra Streisand, Donyale Luna, and Candy Darling. Warhol advised him to make more of his portraits because that was the way to earn money.

Later, through his relationship with Elsa Schiaparelli’s granddaughter, the photographer Berry Berenson, Bernstein socialized with designers like Halston, Calvin Klein, Valentino, and Elsa Peretti. He was also introduced to US Vogue editor Diana Vreeland. His own star rising led to more work. For the 1974 Metropolitan Museum of Art Costume Institute Gala Romantic and Glamorous Hollywood Design, curated by Diana Vreeland, he designed movie star masks that were to be worn by models.

Andy Warhol first founded inter/VIEW (as it was first known from 1970 to 1983) as an avant-garde film magazine with poet-actor Gerard Malanga in 1969. By 1972, Warhol wanted the magazine rebranded to reflect his own love of celebrity culture. The most important visual aspect of the magazine was its cover, but Andy didn’t want to make all the covers himself. Instead, he had entrusted Richard Bernstein with the lofty task of designing a new logo for the magazine and its covers. Between 1972 and 1989, Bernstein painted idealized portraits of both the hyper-famous and the up-and-coming celebrities. Liza Minnelli, Rob Lowe, Diana Ross, and Debbie Harry were just a few of the faces he painted for the magazine.

The 1970s and 1980s were turbulent and Pop Art offered an escape with its focus on the consumer culture, bright colors, and celebrities. Interview Magazine led readers into the glitzy, seemingly charmed lives of the rich and famous through the seductive doors of Bernstein’s covers. His works were often confused for Warhol’s. It’s safe to say that the magazine became a huge success. People would wait each month at newsstands to see who the celebrity was on the cover of Interview Magazine.

In the foreword for Richard Bernstein Starmaker: Andy Warhol’s Cover Artist, Bernstein’s friend, the singer/songwriter/actress Grace Jones writes: “Richard’s art made you look unbelievable. Everything he did was beautiful, the colors, the airbrushing – he could make something out of nothing… In a lot of these pictures, I didn’t have much make-up on, actually. He did the make-up on you. And it was magic.”

Bernstein’s bold covers helped define the visual identity of the disco era in all of its glory. He achieved these idealized portraits by doctoring photographs from some of the best photographers in the world such as Albert Watson, Herb Ritts, Matthew Rolston, and Greg Gorman. After serving as an art director, and often the photographer, on a shoot, he’d apply collaged elements, gouache, colored pencil, and pastel to the portrait to achieve his signature alluring aesthetic. Puffs of airbrush gave his subjects otherworldly auras and the dewy glow of eternal youth, turning iconic subjects into dazzling graphics.

Richard Bernstein enhanced their best qualities, sometimes seeming to foresee their futures in the process. In his hands, hundreds of subjects were turned into pop deities. One example is the 1985 cover of Madonna. Bernstein turned the wide-eyed, nascent musician into the iron-willed superstar she became in the future. He emphasized her face with bold splashes of purple for eyebrows, a shock of neon-orange hair, and glowing skin.

Two years after Warhol’s death in 1987, Bernstein was ultimately let go from Interview when the magazine’s management changed. Although initially shocked by this change, the artist focused on his first love which was fine art painting. In the mid-80s both Bernstein and Warhol were pioneering a new artistic technique using computer-generated graphics. Bernstein began using the Quantel Paintbox, the same machine used by David Hockney and Richard Hamilton, to create fine art. He also used it to paint album covers for Grace Jones.

In 1990, Bernstein was commissioned by the World Federation of the United Nations Association to create the first UN Postage stamp of the new decade. This placed him in the ranks of Warhol, Alexander Calder, and Pablo Picasso, who had all been similarly honored. This was also the first computer-generated stamp used by the United Nations. Bernstein’s graphic, aptly titled True Colors, featured a vibrant collage of images depicting young children from around the world. The artist went on to create other works using this technique. such as his series titled Homage and Icons which featured a pixelated Elizabeth Taylor as Cleopatra, a Greta Garbo triptych, and Anjelica Huston as Georgia O’Keeffe.

Although he passed away in 2002, Richard Bernstein left behind an indelible mark on Pop Art and Andy Warhol. His pioneering artistic legacy of glamour and excess helped capture the zeitgeist of the era.  In his works, Bernstein accentuated the beauty in everyone.

In his works for Interview Magazine, Bernstein appropriated photographic artworks, cropped, airbrushed, and painted over them. He created ethereal images of pop culture celebrities. While his art offered an escape from the turbulent times of the Vietnam War, gas shortage, and social unrest, his work is still relevant today. With the current social and political movements such as BLM, trans-rights, and a turbulent post-Covid world that has seen economic devastation, the world needs an escape once again. Richard Bernstein’s art will always bring joy to anyone who views it.

The Estate of Richard Bernstein has recently announced the launch of its first-ever digital shopping experience (www.richardbernsteinart.com). This shop marks the realization of Richard’s unfulfilled dream to create prints of his most iconic works. As a gift to readers of TheCollector, the Estate is offering a 15% promo code on the book Richard Bernstein STARMAKER: Andy Warhol’s Cover Artist (2018, Rizzoli). Use promo code STARMAKER15 at checkout. 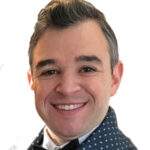