HomeAncient HistoryDogs Sacrificed for Anubis: The Canid Catacombs of Saqqara

Dogs Sacrificed for Anubis: The Canid Catacombs of Saqqara

In ancient Egypt, mummified dogs were purchased and used as votive offerings to Anubis. What can evidence of this practice at Saqqara reveal?

May 16, 2022 • By Isabella Trope, BA Ancient History and Archaeology in-progress 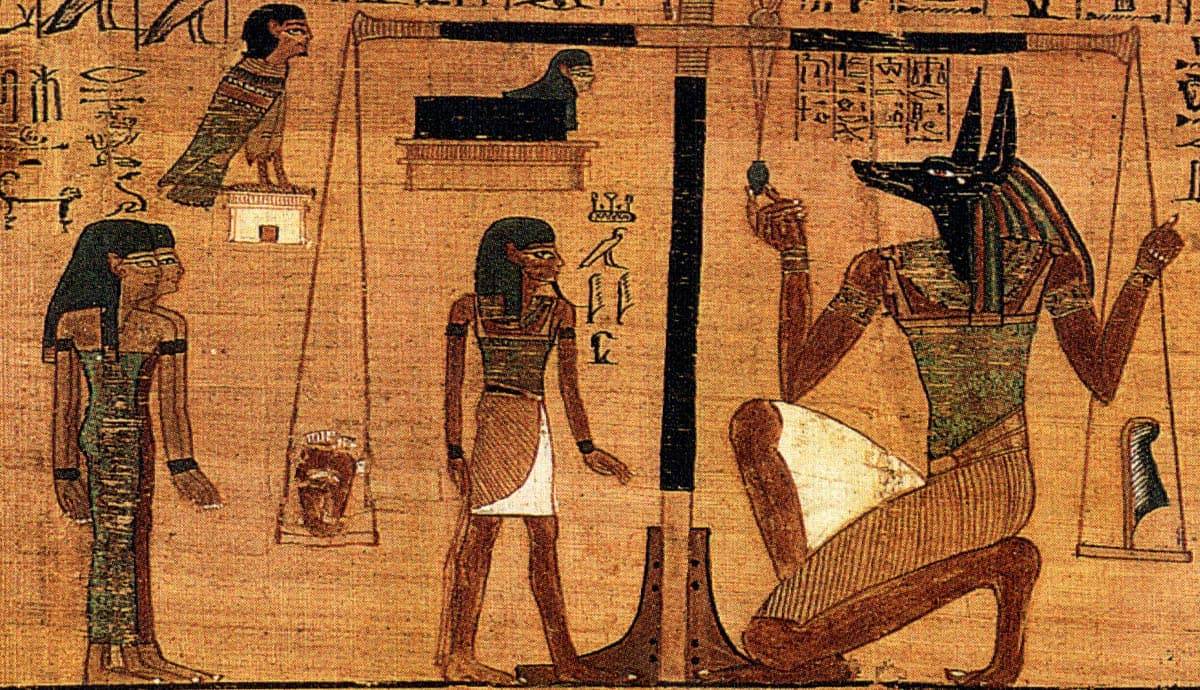 Dogs are often considered humanity’s most precious animal companion. It seems this was always the case — dogs were the first domesticated animal, the ones who have been by humanity’s side since c.25,000 BCE. The ancient Egyptian practice of mummifying dogs seems like an act of respect, reaffirming that dogs have always been Man’s Best Friend. However, applying modern expectations to ancient evidence will always be anachronistic. Is ancient Egyptian dog mummification always the act of love towards an animal that people today expect it to be? The remains of mummified dogs at the canid catacombs at Saqqara provide startling evidence to suggest that these dogs weren’t treated with care. Rather, the evidence shows they were farmed and killed to be used as votive offerings to Anubis.

Saqqara is home to some of the most important royal burials, religious sites, and funerary monuments in the Egyptian cultural landscape. It is located on the West bank of the Nile, about a 40-minute drive from Giza. Saqqara is where most of the royal burials of Egypt’s first, second, fifth and sixth dynasties were located.

One of the most famous burial complexes at Saqqara is the Old Kingdom Pyramid of Teti. Teti’s reign is significant because his reputation lasted from the 6th dynasty when he ruled through to the Middle Kingdom. This makes his burial complex a site of continued significance. This is likely why other important spaces were placed nearby, such as votive mummified dog and canid burials.

Saqqara also contains two temple-town precincts for Anubis and the cat-headed deity Bastet. Both these precincts likely date to the 26th dynasty but were added to in the 30th dynasty. In the Teti North cemetery at Saqqara, thousands of disarticulated dog bones have been found across three New Kingdom burial chambers. These burials were found particularly close to the temple of Anubis, leading to the conclusion that they are the remains of votive dog sacrifices to Anubis.

These burials can also be viewed in conjunction to the major dog catacombs at Saqqara, which were found to contain nearly 8 million canid burials. Studying these dog burials is key to learning about ancient Egyptian attitudes towards animals, gods, and death. In other words, these burials are key to understanding the unique ways that the Egyptians grappled with the universal imperative of death. Saqqara stands out in Egyptian archaeology as a nexus of royal and religious life, especially in relation to death and its associated activities.

Anubis is a Jackal-Headed god who presided over the afterlife and the embalming process. He accompanied kings to the realm of the dead and protected graves. He was one of three major jackal-headed deities in ancient Egypt, the other two being Wepwawet and Duamutef. All three jackal-headed deities have roles to do with death. Jackal deities are associated with protecting the dead, because physical jackals often scavenged at cemeteries for corpses, desecrating burials.

Wepwawet means “Opener of the Ways”. His role was to assist the deceased in their journey through the afterlife. Duamutef on the other hand protected against the decay of the deceased’s physical stomach. As such, his head is often featured on the lids of canopic jars that housed a mummy’s stomach after the embalming process.

One of the most important and iconic cultural roles of Anubis was during the mythological “weighing of the heart” ceremony. This involved weighing the deceased’s heart against the Feather of Truth in a trial conducted by Osirus. To pass the trial, one had to have followed the values of Ma’at (harmony) during one’s life.

The Feather of Truth is the incarnation of Ma’at. In ancient Egyptian iconography, it is also seen on the headdress of the Ma’at Goddess. A heavy heart was one owned by a person who was not grateful or peaceful, but jealous. If the person’s heart was judged to be heavy, it was consumed by Anubis, as a strange foil to real-life jackals who consumed corpses.

Anubis was one of the most enduring gods of Egyptian culture. His worship began as early as c.3100 BCE, as evidenced by administrative seals featuring his iconography.  He was worshiped in ancient Egyptian culture, even during the Greco-Roman control of Egypt. During Greco-Roman rulership, from 332 BC – 395 AD, Anubis was often merged with Hermes — the Greek guide of souls to the underworld — creating the syncretic deity Hermanubis.

The longevity of Anubis’s worship can be attributed to the nature of death. It can be argued that death is the only universal part of human existence, as some die in utero even before birth. In this context, enduring and widespread worship of a deity protecting the dead makes sense. This is especially true when thinking about ancient Egyptians, who have been noted for their reverence towards the deceased and the value of the afterlife. With this in mind, we can understand why votive offerings to Anubis would have happened on such a large scale.

A “votive” offering was a gift given by worshippers to a deity, without intention to take it back later.  Worshippers of Anubis could give mummified canids — predominantly jackals, dogs, and foxes — to Anubis in exchange for favors, such as the protection of a deceased relative. Millions of mummified votive canids have been found at Saqqara in conjunction with the Anubaeion — a temple to Anubis.

Mummification was a highly significant act for ancient Egyptians. It involved embalming and preserving the body after death. This process was predicated on the belief that the soul must be housed in a physical container in order to stay protected, so it could undertake its afterlife journey.

Despite how important it was to ensure the body was preserved, it was a long and expensive process, sometimes lasting 70 days. Most people did not undergo the full mummification process, if they were even mummified at all. This makes the number of canid mummies at Saqqara so startling. It shows how important the Egyptians considered these offerings to be.

The full mummification process is as follows:

The Mummified Dogs at Saqqara

The priesthood of Anubis oversaw selling mummified dog votives to devotees. The scale of offerings, owing to the universality of death, was such that the priesthood regularly cleared the offerings away and buried them in nearby sacred grounds, such as the burial complex of King Teti.

This treatment seems to be that befitting holy offerings and sacred animals. From a modern perspective, a votive animal’s burial may even indicate reverence. This meshes with the contemporary, often Western, value of pets as integral parts of the family. However, one of the first lessons any archaeologist or historian learns is that they cannot project values from their own lifetime onto the lives of the ancients. They were immersed in a completely different culture, time, and set of circumstances — why would they behave in a way that makes sense to people today? Instead, the archeological evidence must be allowed to speak for itself.

Despite the endurance of Anubis worship over 3,000 years, the sheer amount of mummified dogs and canids in Saqqara makes the reverence and respectful treatment of all these animals before death an unlikely scenario.  It comes down to a simple matter of economics: would the good treatment of over 8 million dogs not drain financial resources, even over an extended period? Was there more profit to be made by spending little on the dogs’ welfare?

Biological Analysis of the Mummified Dogs at Saqqara

The most telling indicators of someone’s quality of life come from their body. Bone wear indicating hard labor, tooth decay from poor diet, and trauma or injuries are all clues archaeologists use to learn about how people lived in the distant past. Close examination of animal anatomy is applied by zooarchaeologists to uncover the lives animals led and the roles they played in past human societies.

In a study published in 2010, scholars detailed the bioarchaeological analysis of canine crania from New Kingdom Tomb 2 in the Teti North Cemetery at Saqqara. Of 400 studied crania, 24 were found to have healed blunt force trauma wounds consistent with being hit by something like the butt of a staff.

40 of the dogs in this study also had perforations on their bottom palate. When dogs fight, they lock jaws and drive their teeth into the palate of the other dog, causing these perforations. These perforations can also be caused by chewing on pieces of splintered bone out of hunger and desperation. Dogfighting is often an indication of overcrowding. Overcrowding leads to limited resources and fighting to defend these resources.

90% of dogs studied were under 6 years old at the time of death. It was rare for these votive dogs to reach late adulthood.  Early death or murder, overcrowding, and poor healthcare does not indicate these dogs and canids were beloved companions, but instead that they were mass farmed in poor conditions for profit.

To better make sense of how something that seems so natural to many people today — loving dogs — is not a universal truth, we can look to the theories of anthropologist Edmund Leach.  Leach suggests that humans categorize animals based on their proximity to human lives. The more an animal is part of our lives, the more it becomes a “subject” or independent sentient creature — like a human itself. Pet dogs are subjects in contemporary societies. They’re so entwined in the lives of many that bringing harm to one would feel unthinkable. We let them live in our homes, sleep on our beds, sit on our couches. While other animals we have no interaction with and struggle to view as sentient, e.g. pigs.

Though people are becoming increasingly aware through animal rights activism that many farmed and slaughtered animals are more sentient than previously thought, they are still “objects” in our company — things humans can use and manipulate rather than beings in their own right.

No two cultures are the same, and no one who has been dead 3,000 years can promise to adhere to modern ideals. Instead, we have to let the ancients speak for themselves through evidence, and accept them for what they show themselves to be. People today do not have to approach foreign cultures of the past with sympathy, but with the simple understanding that they were incredibly different. It is only by recognizing this fact that we can gain the fullest understanding possible of what the people of the past were doing and thinking. This is the best way to gain a sense of the scope of human variation — all the things we have done, all the ways we have been different, and all the things we could have been.

By Isabella TropeBA Ancient History and Archaeology in-progressIsabella is completing a BA in Ancient History and Archaeology at Macquarie University. Her favorite topics to learn and write about are feminist historiography, numismatics, and ancient Sumer. She hopes to one day work in the museum sector, helping illuminate why history matters to everyone. She can be found polishing her coin collection, reading a fantasy novel, or on a bushwalk in her free time.