Can there be conclusive proof for the existence of God? In this article, we dive into the "teleological argument" to find out more.

The term ‘teleology’ can be understood by looking at its Greek origin. It comes from the word telos, meaning ‘end’ or ‘goal,’ as well as logos, meaning ‘explanation.’ So, in simple terms, it can be thought of as meaning ‘end-explanation.’ More specifically, it refers to things which are explained in relation to their purpose, rather than as a consequence of their causes. For example, if you believe that human life has some or other purpose, then you have a teleological picture of humanity.

The first premise of teleological arguments looks at natural phenomena, recognizing their extreme detail, structure, and functional nature in achieving a purpose. The argument ends with the conclusion that this must be the work – the creation – of a deliberative mind, that being God.

The argument tends to be structured in the following way:

The teleological argument is present in much of the scripture of Christianity, Judaism, and Islam, and is thought to trace back at least to Socrates in ancient Greece. One of its first philosophically rigorous expressions was in Saint Thomas Aquinas’ (1225-74) ‘Fifth Way.’ However, the most famous articulation of the argument from design came from English philosopher William Paley (1743-1805) in his Natural Theology (1802). It is expressed as follows.

Paley invites us to imagine finding a watch on a deserted beach. He then asks us to consider how we would explain its origin. It is unlikely we would explain it away as simply having been there forever, having come into existence through a series of causal events. Rather, due to its complexity of design, its interconnectedness with every other part of itself, and its clear purposiveness, we would likely think that it had been designed by an intelligent mind.

When we look at the human body, it exemplifies a purposiveness of design in every minuscule part. From our kidneys to our stomach, our eyes to our ears, every part of our body serves a distinctive purpose, operating not only as individual elements but also as one interconnected system. Surely, as we accept the existence of the watch-maker, we must similarly accept that of a universe-maker?

A variation of the teleological argument is that of the argument from regularity. It can best be summed up by the words of English philosopher Richard Swinburne, a contemporary proponent of the argument:

“The universe might have so naturally been chaotic, but it is not – it is very orderly.”
(Swinburne, 1979)

It is observed that everything in the universe seems to be perfectly aligned to support human life as well as many other natural phenomena. Yet, it could have so easily not been. If the universe did not have carbon-producing stars, if the composition of the ocean or the atmosphere was different, or if the universe was slightly colder or warmer, there would be no life. The universe is clearly ‘fine-tuned’ to support life: this is known as the fine-tuning argument.

Is this not evidence of a designer?

You may, perhaps, be convinced by the argument for design. For many people, it articulates a feeling about the universe they’ve always had. Yet, on the other hand, you may equally be skeptical of its inductive conclusion. Either way, we’re now going to turn to look at its criticisms, beginning with some of the most famous ones put forward by Scottish philosopher David Hume (1711-1776).

Hume laid out his rebuttal of the teleological argument in his Dialogues Concerning Natural Religion (1779) through the characters of Cleanthes and Philo.

Hume first began by calling into question the strength of the watchmaker analogy. Cleanthes puts forward a variation of the argument from design via an analogy with man-made objects. Philo proceeds to pick apart this argument.

Philo first questions the validity of the analogy. If we are to suggest that the universe was designed by a mind in some way similar to ours, then where are we to draw the line of similarity? Does this mind also possess emotions, for example? Is this mind part of a body similar to ours, with all its fallibilities? This criticism of the analogy highlights the problem of anthropomorphism present in the inductive leap from the argument’s premises to its conclusion.

Philo then makes the point that if we are to truly apply the analogy, then the argument of design results in a belief in polytheism. Though the watch may require only one ‘maker’ or designer, this is not the case with many other man-made objects. For example, a bridge or skyscraper requires hundreds of individuals, working in specified, various roles, to achieve its construction. Therefore – following in line with the analogy – surely the universe would have likewise required hundreds of gods to spur its creation?

By advancing this argument, Hume is not offering support for polytheism but is rather highlighting the flawed nature of the analogy. He concludes that, even if we are to allow for a designer, we can ultimately know very little of the mind behind it all. In continuation of the analogy and its flaws, Hume makes the pithy observation that:

“This world, for aught he knows […] was only the first rude essay of some infant deity who afterwards abandoned it, ashamed of his lame performance.”
(Hume, 1779)

Hume further disproves the analogy. We know that the watch comes from the watchmaker and the house from the architect. We know this empirically, i.e. based on our experience. However, we have no experiential evidence of universe-makers. We would need to have some sort of similar experience with universe-makers and/or the creation of material worlds to properly make this analogy. Therefore, due to this huge inferential leap, the argument is barely even comparing like with like.

Charles Darwin’s (1802-1882) theory of evolution, as described in his On the Origin of Species, challenges one of the central assumptions of the teleological argument.

Proponents of the teleological argument highlight the exquisite ways in which everything is designed for its habitat. The long neck of the giraffe allows it to access higher branches and leaves; the polar bear’s white coat allows it to camouflage itself while hunting. Proponents of the argument point to this as conclusive evidence of objects designed specifically for their environments.

However, in doing this, proponents of this line of thinking are treating adaptation as a fixed, static process. On the contrary, Darwinism argues that adaptation is a dynamic process, accounting for the long, gradual process of evolution.

In the Darwinian evolutionary view, there is a superabundance of life, which results in a struggle for existence. Those organisms whose features are best suited to their respective environments will have a competitive advantage over those whose features are not. These better-adapted organisms will be more likely to survive and reproduce, passing their genetic advantages on to their offspring. Thus, over many generations, species evolve to suit their respective environments. This, of course, gives the misleading appearance of species ‘designed’ to fit in their environments.

“What accounts for the appearance of design is the disappearance of the unfit […] They have all been killed off.”
(Davies, 1982)

Similarly, contemporary atheist Richard Dawkins has emphasized how the theory of evolution exposes the false dichotomy of the argument from design.

Proponents of the argument from design ask us to explain the manifold adaptations of nature and the finely-tuned universe as either the result of design or chance. The likelihood of all these things occurring by chance is improbable. Thus, we are forced to turn to design as the better answer. However, as emphasized by Dawkins, Darwinism gives us a third option, which is not the same as chance, that being the process of gradual evolution over millions of years.

Thus, instead of seeing the human eye as either an ‘accident’ of nature or the handiwork of a deity, we can rather explain it as the result of millions of years of evolution.

The Teleological Argument Meets the Problem of Evil

‘The problem of evil’ refers to the issue of reconciling so much suffering in the world with the classical values ascribed to God. While this is not a direct refutation of the teleological argument, it does put the question to the theistic claims made by those who propose it.

The theistic creator is traditionally thought to be all-powerful (omnipotent), all-loving (omnibenevolent), and all-knowing (omniscient), among other things. Given this, let’s revisit the argument from design – this time from an alternative perspective.

If we look at our world, we will notice that it is full of suffering. Famine, poverty, war, genocide, disease, natural disasters – these are but a few of the horrors common to our world. Therefore, if our universe is indeed the product of design, then what can be said of its designer? Can the trio of theistic values really be thought true?

This was part of what David Hume was getting at in saying that, for all we know, this world was the creation of an ‘infant deity’ who, after looking at his work, was ‘ashamed of his lame performance.’

Thus, in the same way, strict adherence to the watchmaker analogy results in polytheism, and full application of the argument from design calls into question the traditional trio of theistic values.

Overall, the traditional teleological argument can at first seem convincing. However, when met with the challenge of Darwinism and the theory of evolution, it begins to unravel. This is where contemporary fine-tuning arguments have picked up and re-developed the argument from design to work alongside our current scientific knowledge. 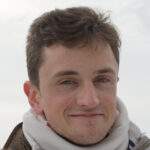 The 6 Most Important Greek Gods You Should Know