HomeStoriesThe War of the Spanish Succession: The End of French Hegemony

The War of the Spanish Succession: The End of French Hegemony

Aristocratic preoccupations with fame and military life caused half a century of war in the 1700s. One of the biggest of these conflicts was the War of the Spanish Succession. 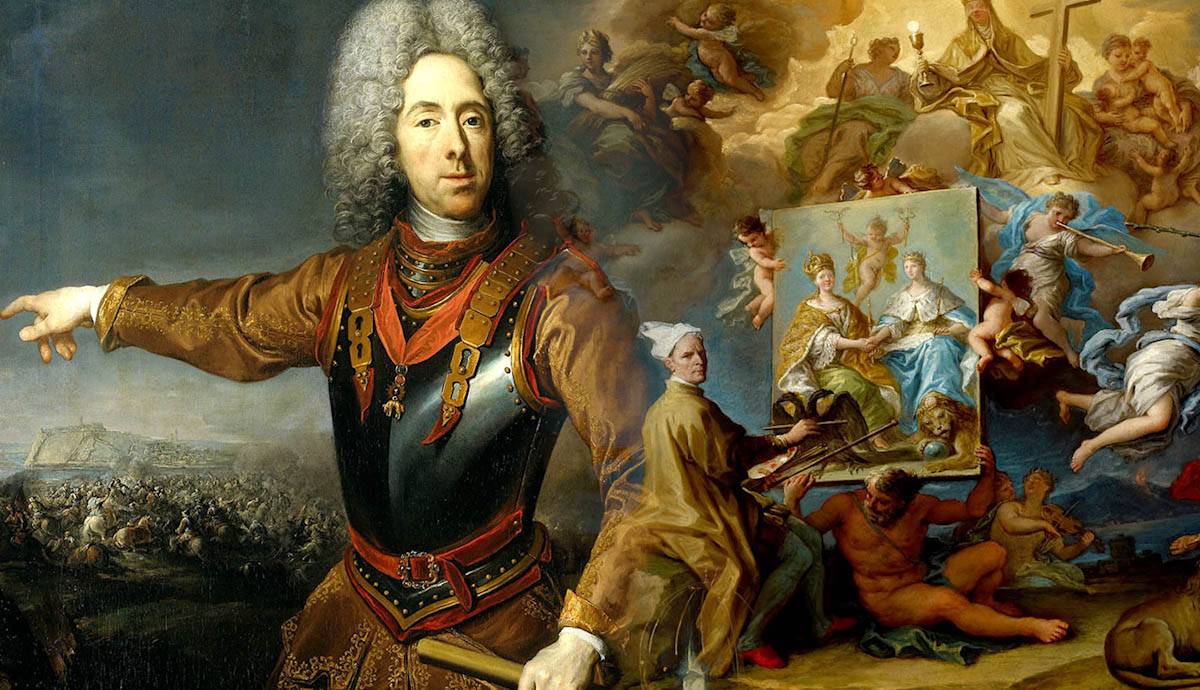 The War of the Spanish Succession marked the beginning of the 18th century. Ending with the Treaty of Utrecht, the war was the result of a series of acute unsolvable contradictions in the policies of European states. It was, in fact, a kind of line that separates two different eras — the worlds of the 17th and 18th centuries.

The excuse for the War of the Spanish Succession was the death of the Spanish King Charles II, who had no children. It was one of the greatest legacies that ever existed. In addition to Spain itself, the heir was to receive Italian and Dutch lands, as well as the Philippines and parts of the Americas.

The main contenders were Leopold I of the Habsburg Monarchy and Louis XIV, King of France, who were both related to Charles via Spanish princesses. All other interested countries intervened, including England and the Netherlands. They did not want to allow the European balance of power to be disturbed.

The War of the Spanish Succession: The Creation of the Grand Alliance

King Louis XIV succeeded in extorting from the dying Charles II a will appointing Philip, Duke of Anjou, of the Bourbon dynasty as his successor. He thus became King Philip V of Spain.  The danger of a later union between the French and Spanish crowns was evident, which is why England and the Netherlands sided with the Holy Roman Emperor Leopold I against France and Spain. Prussia joined them, and together they made the so-called Grand Alliance. The electors of Bavaria and the Duchy of Mantua and Savoy approached France, although Savoy changed sides two years later.

The War of the Spanish Succession lasted for twelve years (1701-1713), and the whole of Western Europe took part in it. The main theaters for military operations in Europe were the Netherlands, southern Germany, northern Italy, and Spain itself. At sea, the main events took place in the Mediterranean basin.

The War of the Spanish Succession began with Leopold I sending 30,000 soldiers to Savoy to regain the right to the Duchy of Milan. He occupied a fortress in southern Holland in September 1701. Louis XIV immediately sent troops to the Spanish Netherlands, but at the same time, he sent envoys to negotiate peace.

French Defeats on the Battlefield

William III of England, known as a great enemy of Louis XIV, died in 1702, but the government of his heiress, Queen Anne, resolutely continued the War of the Spanish Succession. John Churchill, Duke of Marlborough, played a key role in the English government and on the battlefields until 1711. Another important figure in the War of the Spanish Succession was Prince Eugene of Savoy, who was in the service of Austria. The leadership of these two men brought the Alliance many brilliant victories over the French between 1704 and 1709.

French troops left Spain, and Marshal Vendome’s attempt to retake the Spanish Netherlands ended in defeat at Oudenarde in 1708. France also lost Lille. The presence of the enemy on French soil, general misery, and a lack of funds for the war led Louis XIV to accept peace negotiations.

After England declared war on France and Spain, the War of the Spanish Succession spread beyond the borders of Europe. As in previous conflicts on the American continent, the French and the British had the support of different Indian tribes, which is why this part of the conflict is also called the Third Indian War. This time France also had the support of the Spaniards.

There were about 250,000 settlers in the English colonies at this time. They mostly lived in New England and Virginia. Significant settlements were located along the coast, and most of the inhabitants never went to the interior. Conflicts in America began in 1703 with attacks by Native American warbands, along with the French in the colony of Maine, where they burned many settlements, took prisoners, and looted.

The following year, the British government sent a strong fleet to Boston. Their task was to gather colonial troops and transfer them to the St. Lawrence Valley. This gesture was intended to show that England intended to defend its colonies. Most of the ships crashed into the rocks, so the fleet retreated. The colonial forces stopped the attack, and France remained the caretaker of Quebec and its surroundings.

Louis hoped that the Grand Alliance would clash over territorial issues. England and the Netherlands demanded that Louis renounce Philip, which renewed the fighting spirit in France. The Whig government under Marlborough also collapsed in England, which caused a change of attitude.

However, the Grand Alliance had managed to secure the Spanish throne with its victories and they gave it to Leopold I’s son, Archduke Charles. Still, they demanded that Leopold and his older son renounce their Spanish heritage to prevent the unification of Spain and Austria. However, a series of dynastic accidents complicated things further because the aforementioned Charles soon became the only living male Habsburg. Thus he was the only heir to all the Habsburg estates, including those in Austria and Spain, and this again meant disturbing the European balance of power.

Resistance to Philip’s candidacy diminished, and England began to negotiate with France and ended war operations. France’s diplomatic and military position consequently improved. Austria refused to negotiate with France, but the Netherlands accepted. Portugal, Prussia, and Savoy would join the conference in Utrecht that followed. This conference would finally end the War of the Spanish Succession.

The Treaty of Utrecht

The congress was held in January 1712 in Utrecht. European leaders had signed the General Peace Treaty on April 11, 1713. Negotiations ended with contracts in which there was not much difference between the winners and the losers. The goal of the conference was to restore peace and security through a balance of power. It all came down to the division of the Spanish lands. England and Austria signed a peace treaty in 1713, the Empire signed one in 1714 in Rastatt, and Portugal signed in 1715.

France retained Alsace, Franche-Comté, and the border with the Austrian Netherlands from 1679. Philip V renounced the right to the French throne and retained Catalonia and possessions in South America. The Netherlands gained almost all their border fortifications, and Prussia became a kingdom and gained the province of Gelderland, near its Rhine estates.

Diplomacy made greater changes on the map than military leaders had, but the peace of Utrecht opened the way for conflicts in the future. Austria was fast becoming even more powerful than before. France won possessions in Lorraine, and the borders of the Netherlands had a distinctly military character. The balance between the powers meant nothing more than the annexation of countries and peoples. The rulers acted like landowners, and they considered their sovereignty a form of ownership.

Consequences of the War of the Spanish Succession

Still, the most important results of the War of the Spanish Succession were not territorial and dynastic. England managed to achieve a monopoly on the slave trade in the Spanish colonies. This trade unreasonably enriched Great Britain for the next hundreds of years. In addition, during the war, England imposed an agreement on Portugal. As a result of this agreement, Portugal turned to this country for protection. During this war, in 1707, England, Scotland, and Ireland also finally merged into Great Britain.

Therefore, the main outcome of the War of the Spanish Succession was the beginning of the global hegemony of Great Britain. All the wars fought in the 18th century were directed by England against French dominance. The countries that opposed France were strong enough not to be defeated, and France slowly began to weaken. The War of the Spanish Succession was an attempt to find ways to strike a balance of power, and England succeeded in keeping the balance between the Habsburgs and Bourbons. The main principle was to always be on the side of the weaker to preserve that balance.