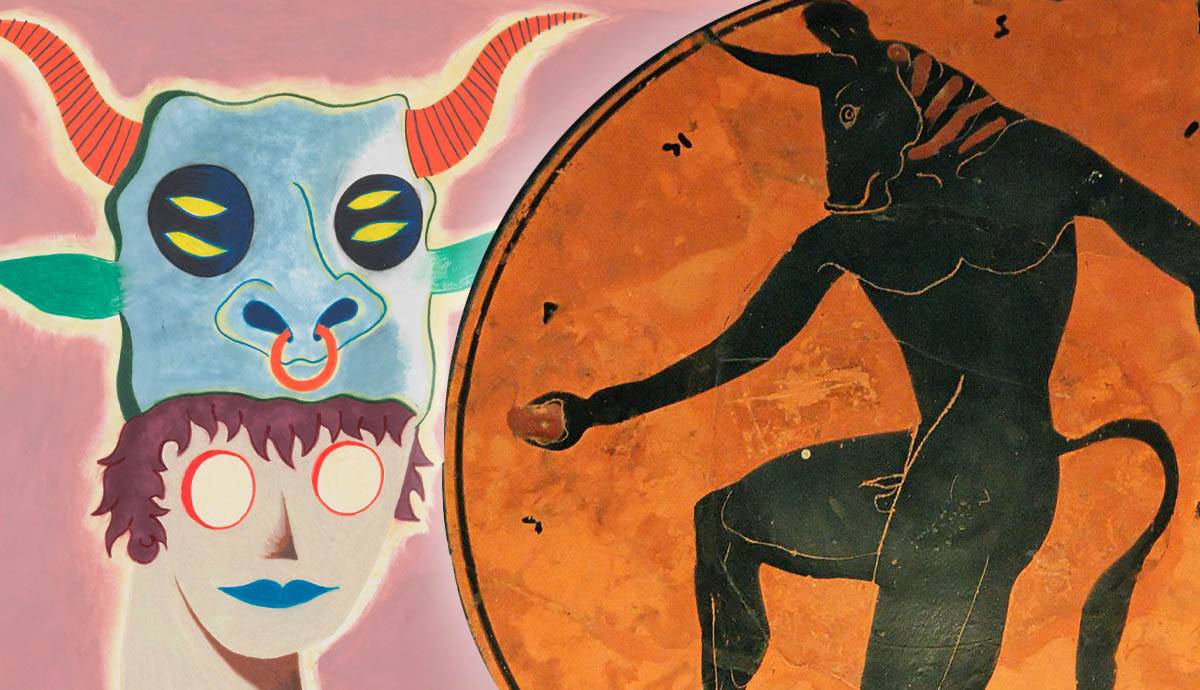 The Minotaur is one of Greek mythology’s most intriguing and complex characters. Born as the son of Queen Pasiphae and a beautiful white bull, he had the head of a bull and the body of a man. As he grew up, he became a terrifying monster that lived on human flesh. Such was his threat to society; King Minos hid the Minotaur away in a dizzyingly complex labyrinth designed by Daedalus. Eventually, Theseus destroyed the Minotaur. But was the Minotaur really all bad, or could he have been acting out of fear and desperation? Perhaps it was those around the Minotaur who drove him to malignant behavior, making him a victim in the story? Let’s take a closer look at the evidence to find out more.

The Minotaur Was Bad Because He Ate People

Whatever anyone says about the Minotaur, there’s no getting away from the fact that he actually ate people. When he was young, his mother, Queen Pasiphae was just about able to feed him with her own food supply, helping him grow big and strong. But when the Minotaur grew up into a bull-man, his mother could no longer sustain him on human food. So, he began eating people in order to survive.

King Minos Locked Him Away

King Minos (Queen Pasiphae’s husband) was tired of living in fear and shame, so he asked an oracle for advice. The oracle told Minos to hide the Minotaur away in a complex maze from which he could never escape. Minos ordered Daedalus, the great architect, inventor and engineer of Ancient Greece, to construct a fantastically complex labyrinth that was impossible to escape from. Once Daedalus had finished building the labyrinth, Minos hid the Minotaur deep inside the maze. King Minos then ordered the people of Athens to surrender seven maidens and seven youths every nine years, to feed to the Minotaur.

The Minotaur Was Not Naturally Evil

Although the Minotaur lived on human flesh, according to Greek mythology he was not born evil. His mother raised him with watchful and tender care, and it was only as he grew older that he became a threat to Greek society. And we could argue that eating human flesh as an adult was simply the great beast’s way of surviving, much like any starving wild animal who is desperate for food. Given he had the head of a bull, it is unlikely the Minotaur was able to rationalize his decisions, making him neither good nor bad.

The Minotaur Went Mad Inside the Maze

Minos locked the Minotaur away in the labyrinth from a young age. The isolation, starvation and frustration of being trapped in any situation for many years would be enough to drive any living creature to the brink of madness. So, any poor fool who dared to enter the maze was likely to meet with a crazed animal who was close to breaking point, and they would most likely be eaten.

He Was Not the Real Villain of His Story

Looking at the circumstances of the Minotaur’s life, we could even argue that he was not the true villain in his story, but instead a victim to many. Perhaps this makes him the good guy turned bad? Perseus was partly to blame for the beast’s misfortune – it was he who made Queen Pasiphae fall in love with a bull and conceive a child with him in the first place.

Daedalus could even be blamed for creating a brutally challenging maze that drove the Minotaur insane. But King Minos was perhaps the worst perpetrator of all. He was the one who decided to lock the monster away, and to feed him on the flesh of young Athenians, giving him such a fearsome and terrifying reputation across all of Ancient Greece. And it was this terrible reputation that finally pushed Theseus to kill the Minotaur in order to protect the Athenians from future harm.

Daedalus: The Dark Tragedy of a Mythical Inventor