Was the Trojan War Real? 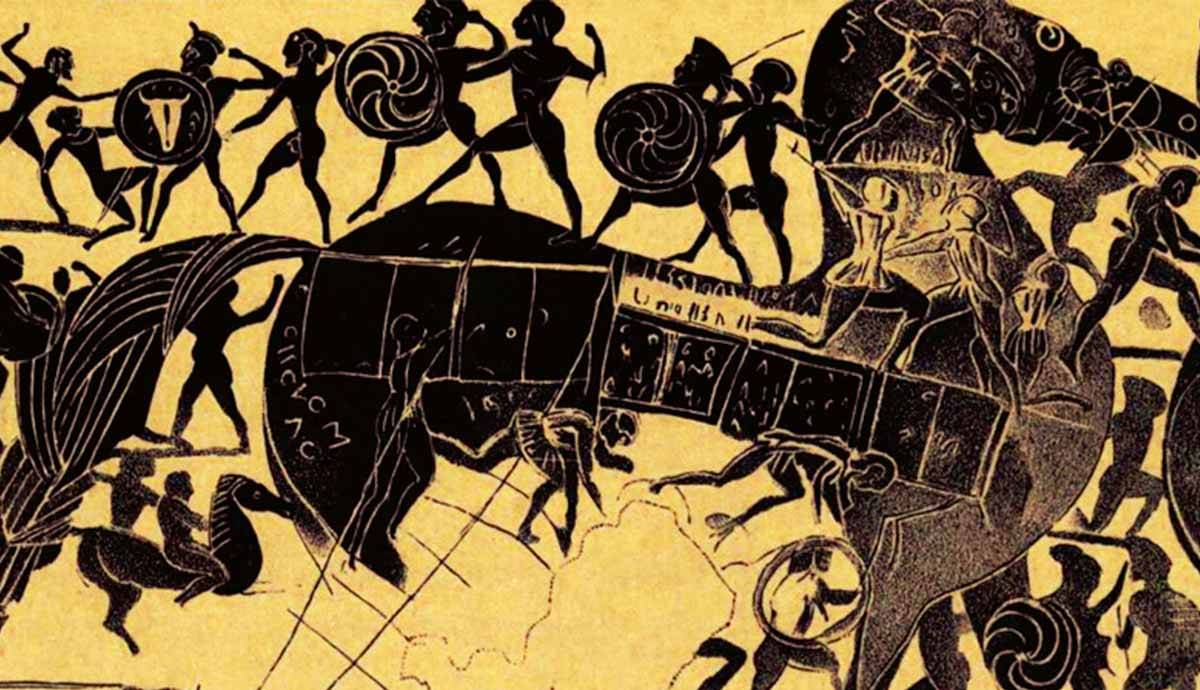 Brave warriors, the most beautiful woman that ever lived, divine intervention and a giant wooden horse – the epic story of the Trojan War has fascinated humans for centuries. The legendary conflict inspired countless books, movies, tv shows, documentaries, theatre plays, works of art and music. And it did not stop there. Many of us know the infamous phrase, “Beware of Greeks bearing gifts,” which warns of ulterior motives in suspiciously kind people. Or the even more infamous “Trojan,” a malicious virus that brings havoc to our computer systems. The Trojan War is undoubtedly one of ancient history’s most famous and known tales. But how much of the story is actually true? Was the Trojan War a real conflict, or just a myth? Let’s find out!

For the Ancient Greeks and Romans, the Trojan War Was Real

One of the greatest stories in history, described in Homer’s Iliad – the Trojan War – was much more than a myth to its first readers, the ancient Greeks and Romans. Indeed, to them, the Trojan War was an epoch-defining moment from the distant past. The “father of history,” Herodotus, considered the Trojan War a real event. Writing in the fifth century BC, Herodotus placed the famous conflict almost 800 years before his own time. The Romans went even further, presenting themselves as the descendants of the surviving Trojans. In his famous epic – the Aeneid – poet Virgil described the escape of Trojan Aeneas from the fallen city and his long voyage to Italy. He went even further, making Aeneas a role model for his patron and the first Roman emperor, Augustus.

The Trojan War Was Described in Homer’s Iliad

According to Homer’s Iliad, the Trojan War occurred in the late Bronze Age, and lasted for ten years. It was the war between the Greeks, led by Agamemnon, king of Mycenae – and the Trojans – whose king was Priam. The conflict started when Priam’s son Paris judged Aphrodite to be the most beautiful goddess. The grateful deity awarded Paris the most beautiful woman in the world, Helen. Unfortunately, Helen already had a husband – Agamemnon’s brother, king Menelaus of Sparta. Determined to get Helen back, and punish the Trojans, Agamemnon and his brother sailed to Troy at the head of the mighty army. For ten years, the Greeks besieged Troy while charismatic heroes like Achilles and Hector fought their iconic duels, aided by the Olympian gods. In the end, the Greeks won by resorting to a ruse – the infamous Trojan horse (although Homer does not mention this).

The City of Troy Is More Than a Myth

Centuries after Homer, the Trojan War continued to fascinate people. Locris, one of the ancient Greek regions, sent their women each year to be the priestesses at the Temple of Athena at Troy to atone for their ancestors’ wrongdoings in the War. Alexander the Great visited Troy during his Persian campaign. The Hellenistic kings and, later, the Romans, continued to inhabit the ancient city. However, following the earthquake in the 6th century CE, Troy was finally abandoned. With time, most of the town had disappeared until its discovery by Heinrich Schliemann in the 19th century. Unfortunately, Schliemann destroyed most of the site’s nine archaeological layers in his obsession to find the city of Homeric heroes. The famed layer Troy II, declared by Schliemann to be the Homeric Troy, is, in fact, around 1000 years older than the city destroyed in the Trojan War.

There was More Than One Trojan War

The Iliad (and, to a lesser extent – the Odyssey) are not the only texts telling us about the Trojan War. The records of the Hittite empire, or poetry of ancient Luwians, both peoples that lived in Anatolia during the Bronze Age, mention not one Trojan War but multiple conflicts! This nicely fits with the archaeological evidence from the site of what we believe to be ancient Troy. Between 1300 and 1000 BC, the city, including its citadel, was destroyed twice, if not three times. Most interesting for us is the attack of the Mycenaean Greeks in the 13th century. Incidentally, this was one of the last military campaigns preceding the collapse of the Mycenaean civilization, making it a great inspiration for the oral poets in the following centuries, who told a tale about the heroes and their bravery – the immortal Trojan War.