HomeAnswersWhat Did Picasso Paint During His Early Rose Period?

What Did Picasso Paint During His Early Rose Period? 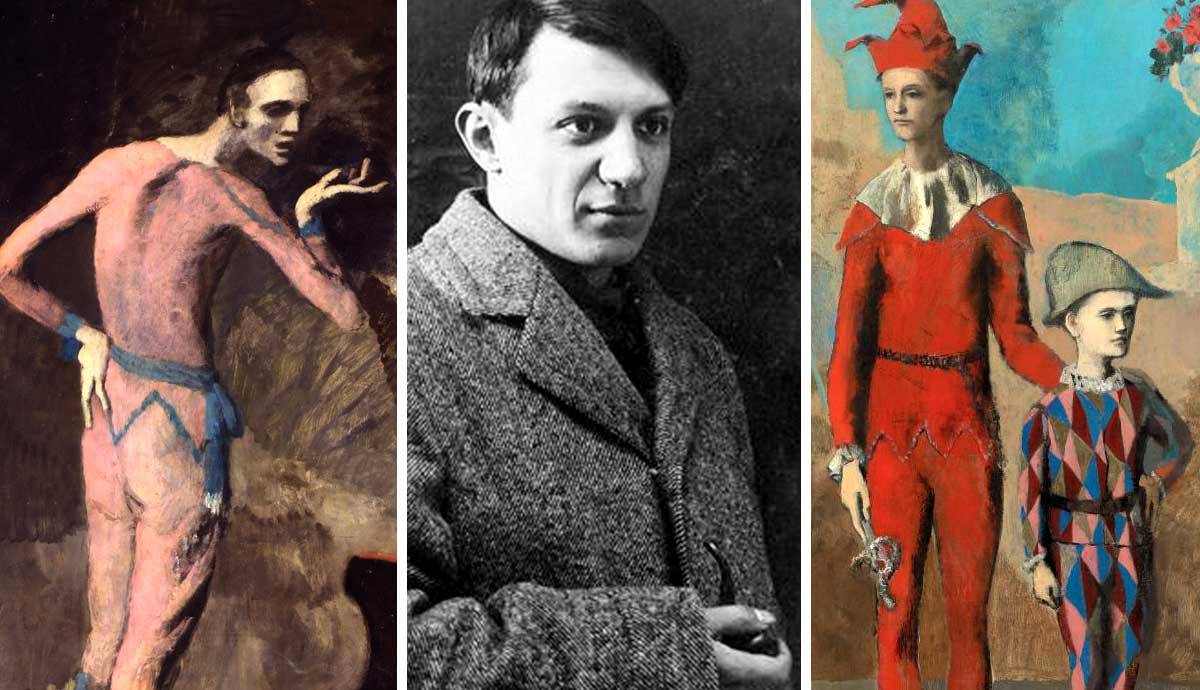 A great modernist pioneer, Pablo Picasso moved through various different phases of art throughout his long life. These include the early Blue and Rose Periods, followed by Cubism, Classicism and Surrealism. The artist’s so-called ‘Rose Period’ began in around 1904, following his move to the bohemian district of Montmartre in Paris. During this time Picasso painted with a distinctly warm, rose-tinged color palette, and focused on dreamy, figurative subjects including circus performers, harlequins, acrobats and clowns. Let’s take a look through some of the most famous paintings from Picasso’s Rose Period, during this formative time in his life.

Picasso’s Rose Period began in around 1904. It was a formative time for the young, struggling artist, who had moved to the lively and cultured area of Montmartre, populated by colorful, eccentric creatives including actors, circus performers and dancers. Much like his earlier Blue Period, Picasso centered on portraits of ordinary working people. But in his Blue Period Picasso painted extreme poverty and despair in melancholic shades of blue. By contrast, the Rose Period is more spirited and optimistic, capturing entertainers and performers in quiet moments of respite, painted in warm, rustic and naturalistic tones. The Actor, 1904 is typical of Picasso’s early Rose Period, documenting a slim, emaciated young actor caught rehearsing behind the scenes, dressed in a rose-pink leotard.

Picasso made this tenderly observed double portrait as a tribute to the nearby Cirque Medrano, which fascinated him as a young man. His mistress of the time, Fernande Olivier said they “would go there three or four times a week. I have never seen Picasso laugh so much.” After their performances, Picasso would socialize with the ‘saltimbanques’, or travelling circus performers. He was fascinated by their nomadic lifestyle, and he even saw glimmers of himself in these curious creative people, who lived a life outside mainstream society. Their life fascinated Picasso so much that he returned to this subject again many times during his later career.

In this painting, Picasso situates two boys in contrasting costumes side-by-side, while the taller, elder figure gently rests a supportive hand on the younger boy’s back. The background behind them suggests a stage set, while their gaze might be looking out to an audience beyond. The dusty pink here is typical of Picasso’s Rose Period, but it was also a color that Picasso came to frequently use. He scatters it across the younger boy’s harlequin costume here is a symbolic manner, as if to highlight the innocence of his youth.

Throughout Picasso’s Rose Period, he often painted close-knit family groups, emphasizing the shared bonds between them, as seen in this work. Picasso observes a family of off-duty acrobats with great sensitivity, noticing how some cluster together, while others drift off into their own realms of private thought. Picasso paints the scene with soft, sandy shades of beige, brown and dusty rose, creating a dreamy aura of contemplative ease and familial warmth. We also see Picasso’s increasingly linear style in this artwork, as dark contours outline the forms of the figures. This linear approach became more pronounced in Picasso’s later art.

In this striking portrait, Picasso paints a young boy wearing a floral garland on his head, while holding a pipe in one hand. Flowers seem to spill from the boy’s headdress onto the wall behind him, painted with the flat directness of Oriental art. The boy in the painting was known as “little Louis”, a teenager who hung around Picasso’s studio in Le Bateau-Lavoir in Montmartre. Although Louis is dressed in dirty blue overalls, Picasso emphasizes the classical beauty of the boy’s face, painted with soft shades of peachy pink. The flowers adorning him give the boy a magical, enigmatic and ethereal quality, a sentiment echoed in his distant, dreamy expression.