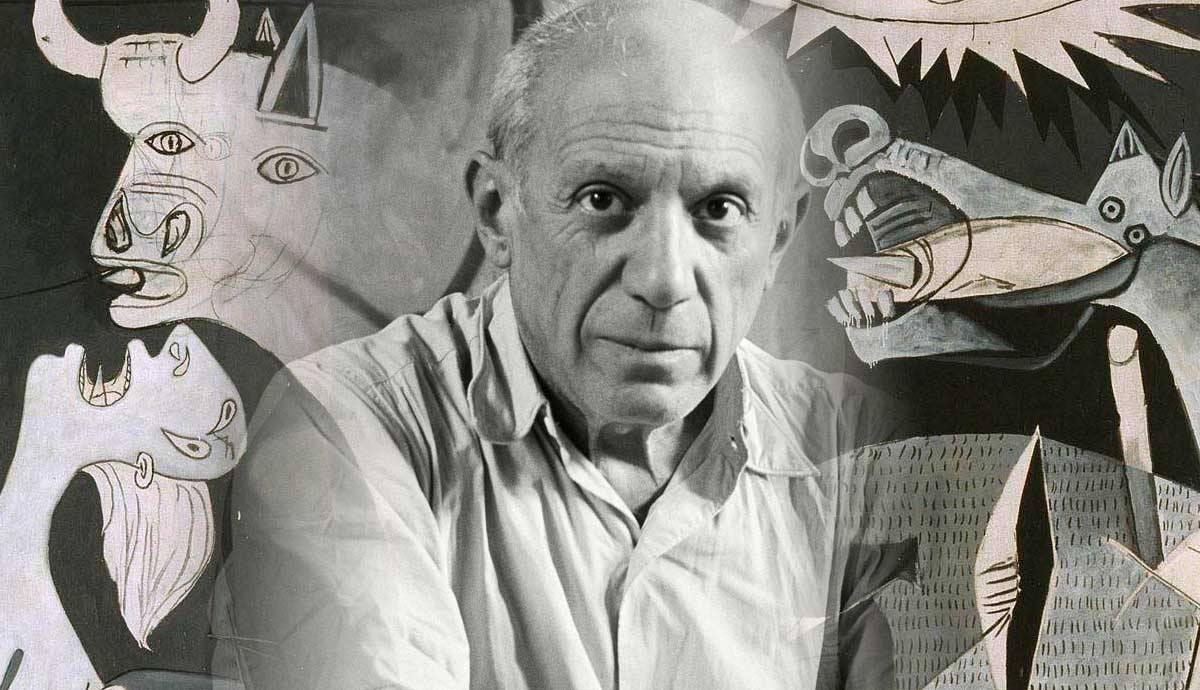 World renowned artist Pablo Picasso needs no introduction. He took the 20th century by storm, pioneering bold and innovative ways of making art that are still exerting a powerful influence today. Breaking away from the pictorial conventions of realism, he spearheaded the Cubist style, before adopting a playful, quirky and unique brand of Surrealism that he would continue to explore for the rest of his life. One of the artist’s most iconic and emotive artworks is the vast, mural-sized Guernica. Picasso made this work in 1937 for the Spanish Pavilion of the World Art Fair. The painting documented the horrific bombing of the Spanish Basque town named Guernica by Germans during the Spanish Civil War, capturing the destruction, pain and suffering caused by modern warfare. But what drove Picasso to paint Guernica? To learn more, we need to delve into the circumstances surrounding the artwork’s creation.

Picasso Made Guernica for the Paris International Exposition

In 1937, the Paris International Exposition invited Picasso to paint a mural for the Spanish Pavilion. Spanish by birth, Picasso was living in Paris at the time, but he was deeply patriotic for his native country. When Picasso read about the German bombing of Guernica, a Basque Town that had resisted General Francisco Franco’s right-wing dictatorship, he was horrified. Although Picasso usually avoided making political statements, the attack on Guernica left Picasso profoundly shaken and disturbed. So much so, he felt compelled to respond.

Picasso’s Guernica was the most direct and uncompromising artwork he had ever made, and it spoke to all of humanity about the horrors of war. At a looming 11.5 feet by 25.5 feet, and in a stark, dramatic palette of black and white, the mural confronted viewers with an unfolding series of brutalities. Picasso’s strange, cubo-surrealist style in Guernica also mirrored the harshness of the subject matter. The bodies of people and animals are disjointed or torn apart, while their arms flail up to the sky in desperation, and a mother with a lifeless infant is contorted with grief. These haunting, nightmarish images became etched on the public consciousness, and even today, nearly 100 years later, they still deliver a raw, universal message about the suffering of war.

Although pain and horror were the core messages in Guernica, Picasso also hoped the painting would become a symbol of Spanish Democracy and civil liberty. We can see Picasso’s intentions in the exhibition history of the painting. Two years after its completion, Picasso exhibited Guernica at the Spanish Pavilion, to wide critical acclaim. Later the same year, Picasso sent the work to New York on tour for the benefit of the Spanish Refugee Committee.

When World War II erupted, Picasso requested for the Museum of Modern Art (MoMA) to hold Guernica on long-term loan. From there, various temporary exhibits across Europe put Guernica on display. Following the war, Picasso asked MoMA to keep the work until Spain had re-established what he called “public liberties.” Sadly, Francisco Franco remained ruler of Spain under a dictatorship for the rest of Picasso’s life.

Guernica Returned to Spain in 1981

Remaining true to Picasso’s wishes, the artist’s lawyers did not allow the release of Guernica into Spanish territory until a new democratic government was fully in place. On the 10th of September 1981, Guernica was released from New York and sent to the Prado Museum in Madrid. Spanish officials later moved the painting to the new Centro de Arte Reina Sofia in 1992, where it remains to this very day. Basque nationalists have argued that the painting holds special significance for their region, and are lobbying to have it transferred to the Guggenheim Bilbao Museo. But the director of the Reina Sofia Museum has said the move would cause too much damage to the artwork, which she says is now in a “fragile state of conservation.”