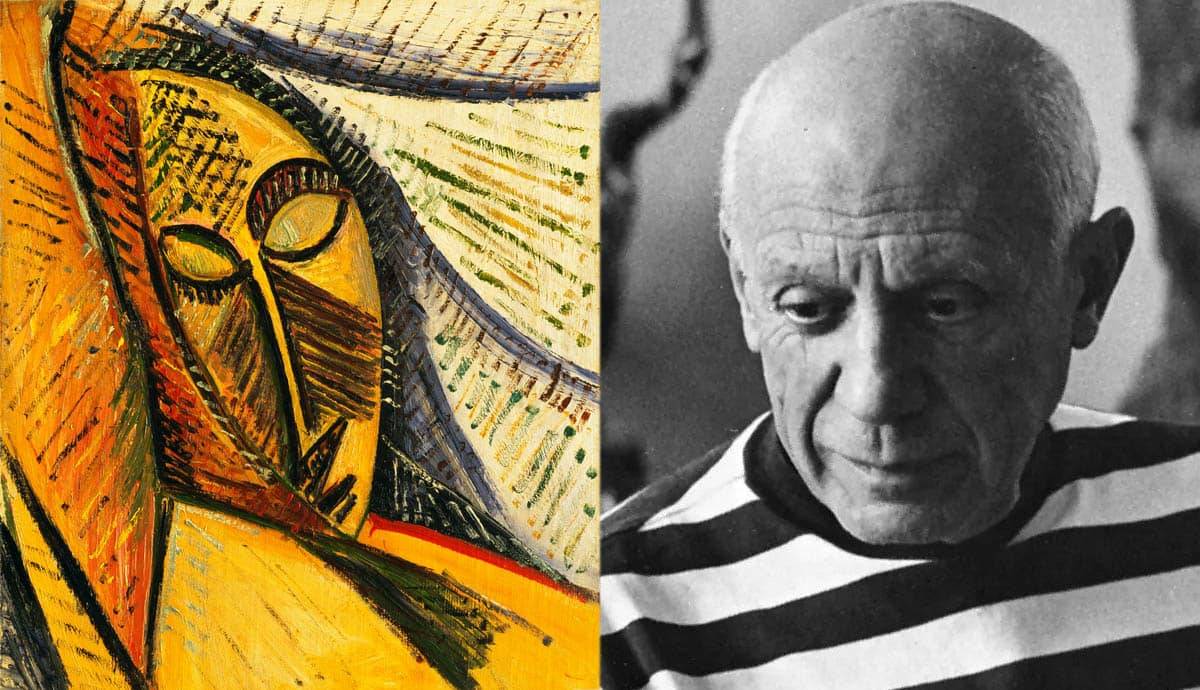 Pablo Picasso is one of the art world’s greatest innovators. He took inspiration from a huge range of sources, mixing them up and re-imagining them in ingenious, inventive new ways. One of his most famous quotes sums up this approach: “Good artists copy, great artists steal.” Of all the sources Picasso ‘stole’, African masks are surely one of his most striking and influential. Read on to find out more about why Picasso was so attracted to these exquisitely crafted objects.

First and foremost, Picasso was deeply attracted to the style of African masks. He first encountered them as a young artist during a visit to the Musée d’Ethnographie, where they lit up his imagination. A large part of his infatuation with African masks from this period onwards was their bold, stylized approach. It was an aesthetic that looked entirely different from the traditional realism and naturalism that had dominated Western art history for centuries.

For Picasso, and many others, African masks opened up new avenues for making visual art in non-traditional ways. Picasso even began collecting African masks and displaying them in his studio while he was working, allowing their influence to infuse his works of art. And their jagged, angular forms were one of the major influences that pushed Picasso into Cubism. This is evident in Picasso’s very first Cubist work of art titled Les Demoiselles d’Avignon, 1907 – the painting portrays a group of women in a series of faceted, geometric planes resembling the carved wood of African masks.

Following Picasso’s example, many European artists went on to take inspiration from African visual culture, incorporating similar jagged lines, angular shapes and fragmented, exaggerated or contorted forms into their art. These include Maurice de Vlaminck, André Derain, Amedeo Modigliani and Ernst Ludwig Kirchner. Speaking of Picasso’s powerful influence on the nature of much modern art, De Vlaminck observed: “It was Picasso who first understood the lessons one could learn from the sculptural conceptions of African and Oceanic art and he progressively incorporated these into his painting.”

In the past, historians have criticized Picasso for mis-appropriating African masks. Some critics argue that he (and others) removed African artefacts from their original context to create a simplified, Western style of ‘primitivism.’ But Picasso has always argued that he had a deep-rooted understanding, and profound respect for the makers of these objects. In particular, he understood how important these artefacts were to the people who made them, and he hoped to invest a similar kind of significance into his own art. He did this by moving away from realistic representation towards the abstract essence of the person, place or object he was painting.

Picasso said of his beloved collection of masks, “The masks weren’t like other kinds of sculpture. Not at all. They were magical things… intercessors… against everything; against unknown threatening spirits… I understood what the purpose of the sculpture was for the Negroes.” Contemporary curator Hans-Peter Wipplinger also points out that masks were, “not only a formal matter for Picasso, it was also a spiritual matter…”

He Opened Up New Ways of Making Art

The abstract spirituality of Picasso’s early African Art inspired many modernists to come. Like Picasso, these artists sought to capture the innate qualities of a person or place through abstracted, expressive forms. This concept became a cornerstone of modernist art. We see this particularly in the art of the German Expressionists in the early to mid-20th century, including Ernst Ludwig Kirchner, Fritz Lang, Wassily Kandinsky, and Emil Nolde.

What Are African Masks?

What Are African Masks?

How Much Does Picasso Owe to African Art?