Derain is best known as one of the leaders of the Fauvist Movement. Here are 10 little known facts you won't find anywhere else. 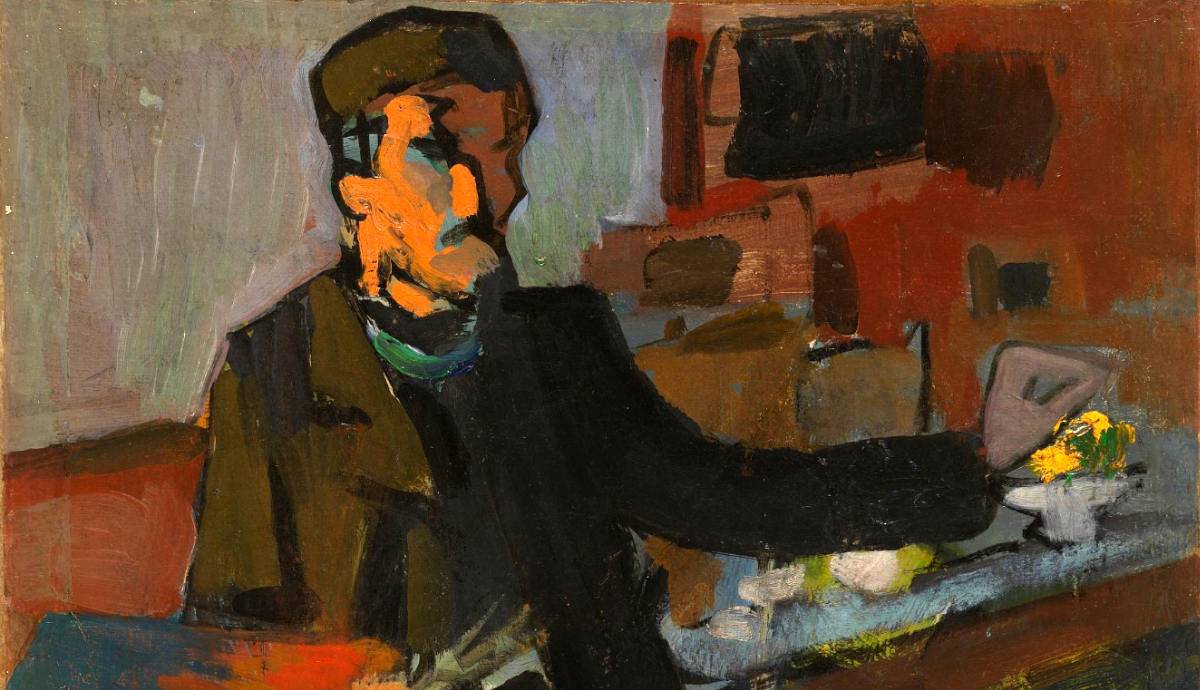 It’s impossible to talk about 20th-century art, Fauvism, or French painters without mentioning Andre Derain. Born on June 10, 1880, his contributions to modern art and some of the major movements that came from the 1900s are interesting and influential.

1. Andre Derain Was Among the Leaders of Fauvism Next to Matisse and Vlaminck

From 1898 to 1899, Derain studied painting at the Academie Carriere in Paris where he met Matisse for the first time, who was also a student there. Derain was also close friends with Vlaminck at the time. His early style was most closely associated with Vlaminck’s and the two shared a studio in 1900.

Derain spent the summer of 1905 at Collioure in the south of France with Matisse and later that year, the first Fauvism exhibition took place featuring the work the two created.

The first Fauvism exhibition was part of the Salon d’Automne and the term was coined by an art critic who called the work “les fauves” or “the wild beasts.” Fauvism was a short-lived movement, lasting only five years until 1910.

Fauvism is characterized by strong brushstrokes, non-natural color usage, and bold painting techniques to accentuate texture. For example, artists would often use paint right from the tube in his Fauvist work. Think of it as the “wild side” of impressionism.

Like many young men of the time, Derain was drafted into military service fighting for France. He served on the front lines but seemed to come out of this period relatively unscathed.

It was upon his return that he fully committed himself to art and studied art again, this time at the Academie Julian. He was influenced by impressionism, divisionism, and the technique of his friends and colleagues Matisse and Vlaminck.

When World War I broke out, he was mobilized for war again in 1914 and would have a lot less time on his hands to paint until his release in 1919.

3. Some of His Most Famous Works Came From the Time He Spent in London

After serving in World War I, Derain traveled to London in March 1906 at the request of art dealer Ambroise Vollard. He wanted Derain to paint landscapes of the city and Derain delivered.

During his time in the U.K., Derain also experimented with sculpture for the first time and in 1907 the art dealer Daniel-Henry Kahnweiler bought Derain’s entire studio. The purchase offered Derain financial security and his work from this period is still his most popular as they were radically different from what had been produced of the city beforehand.

Derain left Fauvism in 1908, a couple of years before the movement fizzled out altogether. In 1907, he moved to Montmartre from London to be closer to his friend Picasso and other notable artists who lived in the famously artsy area.

In Montmartre, he began painting with more muted tones versus the loud, bright colors that were common in Fauvist work. Derain began showing an interest in African sculpture and was exploring the work of Paul Cezanne.

Gertrude Stein even said that Derain took African influences into his work before the more famous cubists did. Cubism is known to have started with Picasso’s Demoiselles D’Avignon from 1907 which has obvious influences in African masks and sculpture.

However, he didn’t stay with cubism for long and by the 1920s his work was increasingly Neoclassical.

5. Derain Once Designed the Set for a Famous Ballet

Derain was interested in more than just painting. He’s also considered a sculptor, printmaker, illustrator, and designer. Even within each genre, he experimented with many different styles and over the years learned to express himself in many ways through art.

One of his most interesting feats was when he designed La Boutique fantastique by Diaghilev and the Ballet Russes. His work was a smashing success and he’d go on to design quite a few ballets during this time.

Derain is associated with the Nazi party, making his place in history a questionable one.

It’s unclear what Derain’s political associations were before the war, but the Nazis courted him consistently during Germany’s occupancy of France during World War II. The Nazis deemed Derain to be the “prestige of France” and he accepted an invitation to Germany in 1941.

His presence in Germany was used in Nazi propaganda and after Germany was defeated, Derain was deemed as a collaborator and lost many friends and supporters because of it. Still, it didn’t squash his reputation as an artist completely and his work is considered genius and world-renowned.

6. Derain Died After Being Struck by a Moving Vehicle

Derain died in Garches, Hauts-de-Seine, Ile-de-France, France in 1954. Most recently, Derain’s London-era works were the centerpiece of a huge exhibition at the Courtauld Institute from 2005 to 2006.

Although his reputation saw some bumps in the road, he’s still considered one of the most revolutionary artists of the 20th century and his influences on art, especially on painting and the Fauvism movement, have not been forgotten.