HomeAnswersWhat Is ‘The Last Great War of Antiquity’?

What Is ‘The Last Great War of Antiquity’? 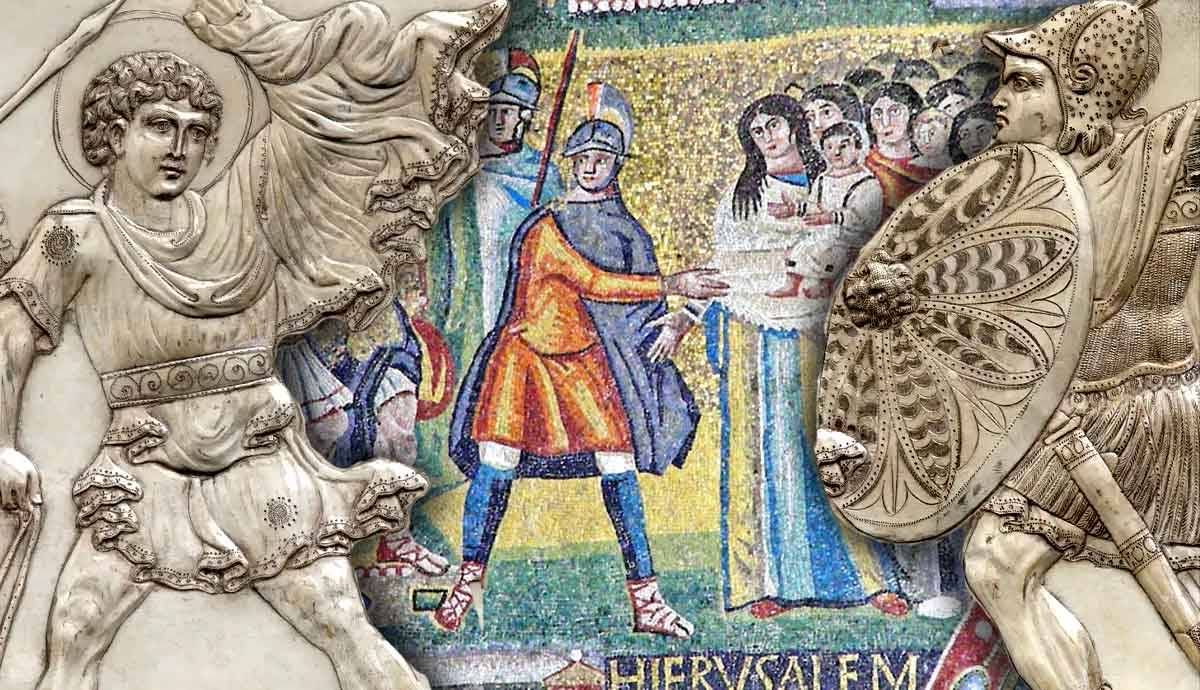 ‘The Last Great War of Antiquity,’ also known as the Roman–Sasanian War of 602 – 628 CE, was the longest and most devastating of all wars fought between Rome and Persia. It was also the final conflict between the two mighty empires, as the Sassanid Empire fell to the armies of Islam shortly after the war concluded. Under emperor Heraclius, the Roman Empire triumphed, but it was a Pyrrhic victory.

The long and bloody war weakened the imperial army and its defenses, leading to the permanent loss of much of the Eastern provinces to the Arab invaders. Nevertheless, the Romans, also known as the Byzantines, survived and managed to recover, going into counteroffensive in the 10th and 11th centuries.

The Last Great War of Antiquity was actually a continuation of a much longer rivalry going back all to the 1st century BCE when the Parthians defeated the legions of Marcus Licinius Crassus. To Rome’s leaders, the lure of the East was always strong. The triumph against Persia would bring immense prestige and glory to the emperor, bolstering his position. Emperor Trajan famously defeated the Parthians, expanding the imperial boundaries all the way to the Persian Gulf.

Yet such a conquest was a brief affair. In the following centuries, the wars against the Parthian successors – the Sassanids – led to gains and losses for both sides and the deaths of several Roman rulers, most notably the death of Emperor Julian. However, there was no clear winner. This finally changed in 591 CE, when emperor Maurice scored a decisive victory over Khosrau II, forcing the Sassanids into a humiliating defeat and enlarging the Roman Empire to a level not seen since Trajan’s times.

The Emperor’s Death Sparkled the Flames of War

While Maurice triumphed in the East, he faced difficulties close to home. What began as a mutiny on the Balkan frontier soon became a coup, and in 602 CE, the usurper Phocas deposed and murdered Maurice. It was the beginning of one of the worst calamities the Roman Empire had ever seen. Khosrau II exploited the chaos and immediately declared war under the pretext of avenging the death of Emperor Maurice.

In 610 CE, Heraclius deposed Phocas, but he could do little to stop the Sassanid onslaught. Facing little opposition, the Persian forces cut through Roman defenses in the East and, by 618, captured Egypt, the breadbasket of the Empire. City after city fell to the invaders, including the holy city of Jerusalem. More was to follow as the Sassanid army advanced deep into Anatolia, reaching the capital itself – Constantinople.

The Sassanid army was not the only enemy threatening the survival of the beleaguered Empire. The Persians allied themselves with Avars and Slavs, who controlled the Balkans after the collapse of the Danubian limes. In 626 CE, joint forces besieged Constantinople. The fate of the city, and with it, the entire Roman Empire, hung by thread.

However, the mighty Theodosian Walls proved to be an insurmountable obstacle for the Avars and Slavs, while the imperial navy kept Persians at bay. The failure of the siege of Constantinople raised Roman spirits but did not change the precarious military situation. Thus, The Last Great War of Antiquity continued.

Instead of surrendering, Emperor Heraclius made a daring gamble. In 622 CE, he took command of the bulk of the imperial army and sailed to the northern coast of Asia Minor, determined to bring the fight to the enemy. In the following years, Heraclius’ troops, bolstered by their nomadic Turkic allies, harassed the Sassanid forces in the Caucasus. Then, encouraged by the failure of the siege of Constantinople, Heraclius made his most risky move. In late 627, Heraclius’ army entered Mesopotamia. The tide of war has turned. The Romans were now on the offensive, ravaging and plundering Sassanid lands and destroying holy Zoroastrian temples.

The reversal of fortunes that followed was spectacular. Just a few months after Constantinople had been surrounded and the Roman Empire was on the brink, it was the Persians who were in great danger. Heraclius’ bold offensive caught Khoshrau and his generals completely unprepared. In December 627, the Romans forced the Sassanids to a pitched battle near the ruins of the ancient city of Nineveh. After eleven grueling hours, the imperial army was victorious. The Sassanids suffered a heavy defeat, losing 6,000 men. With no Persian army to oppose him, Heraclius continued to plunder the area, taking the Khosrau’s favorite palace, gaining great riches, and, more importantly, recovering 300 captured Roman standards accumulated over years of warfare.

Instead of marching on Ctesiphon – the Sasanian capital – Heraclius decided to wait. It was a clever move, as the Persian army rebelled and deposed Khushrou, replacing him with his son Kavadh II who immediately sued for peace. Yet, Heraclius decided not to impose harsh terms, asking instead for the return of all the lost territories and the restoration of the fourth-century boundaries. In addition, the Sassanids returned the prisoners of war, paid war reparations, and, most importantly, returned the True Cross and other relics taken from Jerusalem in 614. The Last Great War of Antiquity was finally over, and Heraclius was triumphant.

The Last Great War of Antiquity – From Triumph to Tragedy

Heraclius’ triumphal entry in Jerusalem in 629 CE marked the end of The Last Great War of Antiquity and the Roman-Persian wars. It confirmed Roman superiority and was the powerful symbol of Christian victory. Unfortunately for Heraclius and the Romans, the great triumph was, in fact, a Pyrrhic victory.

The twenty-five years of unprecedented conflict greatly weakened both empires, leaving them vulnerable to attack. And when that attack finally came in the early 630s, the Romans and Persians could do little to stop the wave of Arab conquests. In the following decades, the Sasanian Empire and much of the Roman world were swallowed up by the Arabs. The emergence of Islamic faith led to a new world order and a decisive break from the classical past. The Byzantine Empire lost much of its territory to Arab conquests but fought on, remaining a major power during much of the Middle Ages.