HomeStoriesA Dye for Kings: What Is Tyrian Purple?

A Dye for Kings: What Is Tyrian Purple?

Throughout history, color has played a vital role in our civilizations. Here is the history of Tyrian purple, the world’s most expensive dye. 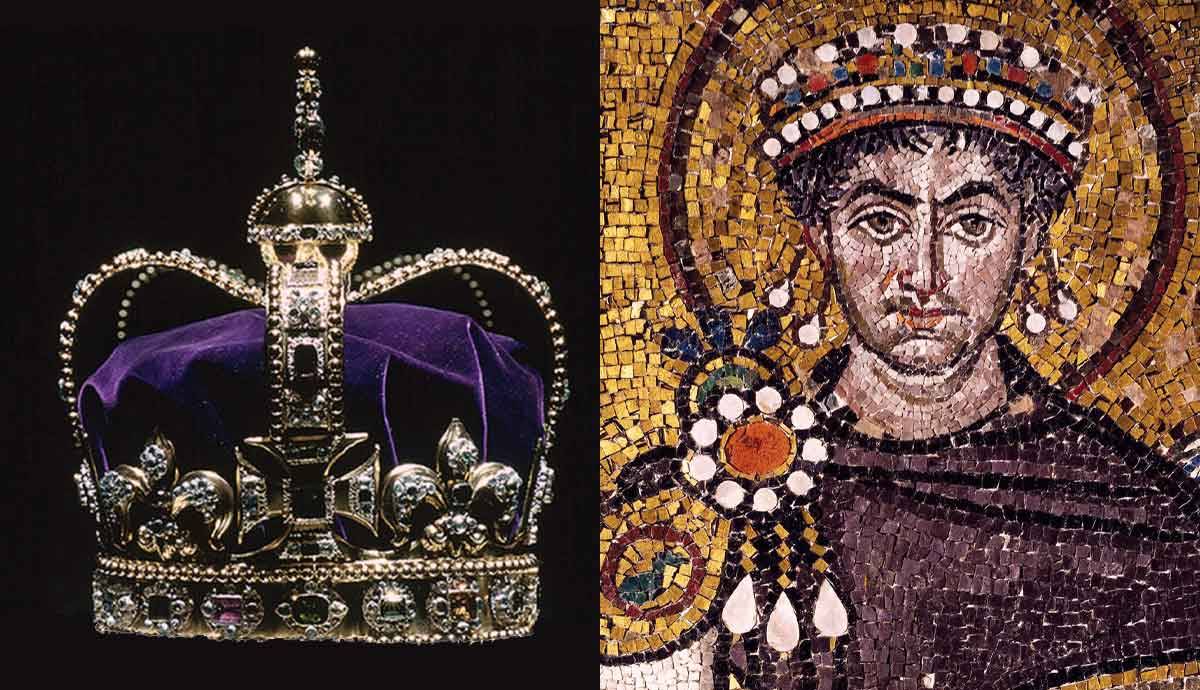 Color has been used to impose uniformity among militaries, as well as for practical reasons (camouflage). Conversely, it has been used to invoke and evoke a sense of fashion and individuality. Fashion also plays, and has played, a considerable part in distinguishing and separating individuals within class systems. No color has arguably done so more than the color purple. Specifically, Tyrian purple, the production of which was a closely guarded secret for millennia, making the dye the rarest and most expensive color in history.

The dye is found in the hydrobranchial gland of a number of predatory sea snails such as the spiny dye-murex (Bolinus brandaris), the banded dye-murex (Hexaplex trunculus) and the red-mouthed rock shell (Stramonita haemostoma). Various other similar sea snails are also used, but dye production from them is less common and a more recent development as opposed to the traditional murex dye production which dates back to roughly 4,000 years ago.

Each species generates a mucus from which the dye is extracted, and each species yields a variation in color. The banded dye-murex is found today in the western Mediterranean and was used by Phoenician colonies there to create an indigo-colored dye. A blue dye color known as tekhelet also traditionally comes from this species, and was an important color for dyeing tzitzit (fringes/tassels) on tallits (prayer shawls) used in Jewish religious practice.

Another factor in the variation of Tyrian purple color is the minor differences in the process of extracting the dye. It is a difficult process that requires much knowledge of the biological systems at work. There are biochemical, enzymatic, and photochemical reactions that take place within the process as well as reduction and oxidation processes. Timing is also a huge issue, as the dye begins to degrade as soon as the snail is out of the water. As such, production facilities were historically right next to where the creature was harvested.

Because of these factors, the process of dye extraction was complex and time-consuming, requiring knowledge and skill. As such, the process was a closely-guarded trade secret during ancient times and during classical antiquity.

The Discovery of Tyrian Purple

According to legend, the city of Tyre, from where Tyrian purple came, was founded by the Phoenician deity Melqart, also known as Heracles of Tyre (later becoming adopted into the Greek and Roman pantheon as the famous Heracles/Hercules of Greek myth).

The story of the discovery of Tyrian purple was first related by Julius Pollux, a Greek grammarian and Sophist from the 2nd century CE. Melqart’s dog, one day, while walking along the beach with its divine owner, had stopped to chew on a murex sea snail that had washed up on the shore, hence staining its mouth with the purple hue. Melqart, thinking his dog was bleeding, inspected the canine’s mouth, only to find that it was stained purple. Shortly thereafter, Melqart arrived for a rendezvous with his lover, with his dog in tow. When his lover saw the purple stains on the dog’s mouth, she requested a garment of the same color. Thus began the process of discovering the secrets of dye extraction from the spiny murex sea snail.

Archeological evidence from Tyre shows that vast quantities of the snails were harvested and left to decompose. Ancient authors wrote about the production of Tyrian purple and conveyed the fact that the process created a hideous stench that hung over the city. Two different murex dyes were produced at a very early stage in the development of the industry, and the product was mass-produced on an astounding scale. Although the secrets to the extraction of the murex mucus and the construction of the dye have been rediscovered in modern times, the ability to mass produce the substance is lost.

Despite the fame of Tyre as the source for the dye, archeological discoveries on Crete have suggested that the Minoans preceded the Tyrians in murex production by a few centuries (2000 – 1800 BCE). The discovery of murex shells in Southern Italy also suggests the dye was being processed there as early as 1800 BCE. During the Phoenician period, the industry was exported out of Tyre and into Phoenician colonies, notably in North Africa, where variations in the shellfish species used provided variations in color.

The dye was also processed the same way in ancient Mexico, which is salient in that there was no contact between the Mesoamericans and the Mediterranean civilizations until 1492 when Christopher Columbus sailed to the “New World.” In both cultures, the dye was prized above all others, but the smell was notedly disagreeable. The Ancient Egyptian Anastasi Papyrus (c. 1250 BCE) notes that the smell was so bad that dyers’ hands stank like rotting fish, and the Talmud gave women the right to divorce their husband if he became a murex dyer.

Tyrian purple was the most valuable thing in the ancient and medieval world. It was worth more in weight than any other substance that was traded. As such, it became a symbol, not just of power and wealth, but of extreme power and wealth. In Greece, the color was tightly controlled by legislation. Only high-ranking political figures could wear Tyrian purple.

In Rome, only a select few were allowed the privilege of wearing the color. These sumptuary laws excluded the vast majority of the Roman citizenry from the privilege. Roman senators were permitted to wear a purple stripe on their togas. In 40 CE, Emperor Caligula had King Ptolemy of Mauretania assassinated during the latter’s visit to the imperial court in Rome. According to some accounts, the reason for the murder was that Caligula was offended by the fact that Ptolemy wore a purple cloak, thus offending the emperor. The sociopathic Caligula was hardly a figure of sanity, so the story is certainly plausible.

It was not just the dye but the concept of the color that the dye introduced that became symbolic. In the palace in Constantinople, empresses gave birth in the Purple Chamber (constructed from igneous porphyry rock, which is purple), hence the term “born to the purple” – a term describing the idea that true emperors were born as opposed to those that became emperor by seizing power. Nevertheless, Tyrian purple specifically was worn by the Byzantine Emperors and Empresses.

The power of the Byzantine Empire eventually waned. In 1204, during the Fourth Crusade, Constantinople was dealt an irrevocable blow when Crusader armies sacked the city. The Byzantine Empire never recovered its former glory, and the Byzantine demand for Tyrian purple was so weak that the industry could not be supported. In 1453, Constantinople fell to the Turks, and in the process, the secret of murex production and dyeing was lost for centuries.

A reasonable facsimile of similar color to Tyrian purple was discovered in 1856 by an English chemistry student, 18-year-old William Henry Perkin, who was attempting to create quinine for the treatment of malaria at the time. The resultant discovery was the first synthetic dye (mauveine), originally named “Tyrian purple” until Perkin decided on the name “mauve.” Thereafter, purple became a highly popular color in Victorian England. It was no longer just for the rich and powerful nobility. Perkin’s invention brought purple to the masses.

In 1998, after a lengthy trial and error process, the method for creating Tyrian purple was rediscovered, and today, there are a few small industries that create the dye. Of note is the industry in Oaxaca, Mexico, where the extraction of the shellfish mucus does not require killing the animal. Prices, just like in ancient times, are unbelievably high. A gram of Tyrian purple dyestuff will cost you thousands of dollars.

For thousands of years, Tyrian purple existed as the most expensive substance in the world. It was not just the rarity of the color in that thousands of murex snails had to be processed to make a tiny amount of dye, but the highly complex process of extraction and the quality of the end product. In addition, it is attested that the fibers were dyed before they were spun into fabric, increasing the price of garments that bore the color.

Tyrian purple has had a significant effect on the perception of color in human civilization. Because of the dye, purple will always be symbolic of the rich and powerful, even if the color is no longer an unattainable dream for the masses.

Britain’s Information Research Department: Is it Secret Propaganda?
By Sasha Putt, in Stories
Arthurian Legends and Their Impact on Medieval Culture
By Radu Cristian, in Stories

Differences between Minoan and Mycenaean Art