Why do people buy art? An even bigger question is, why do people pay tens of millions of dollars to own art? 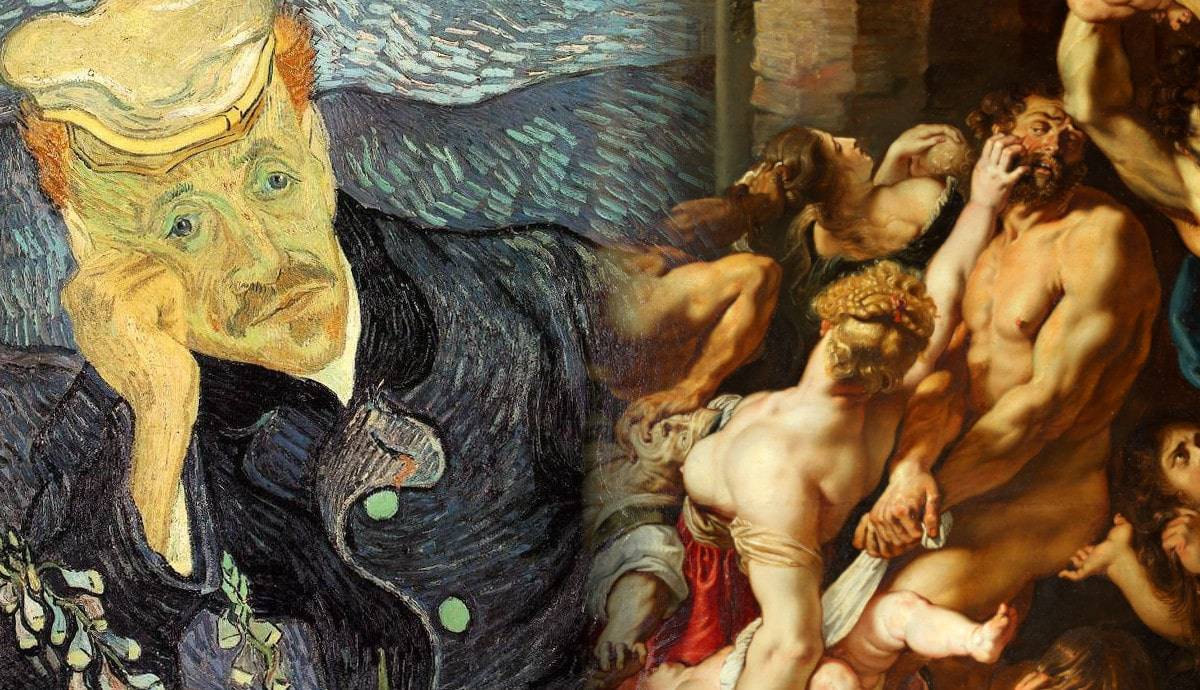 Some ask, why does it matter? Is it for status, prestige, and approval from peers? Do they genuinely admire the piece? Are they trying to show off? Are they simply hungry for all things luxurious? Is it for love? An investment? One thing to remember is that value isn’t only linked to its artist quality and, at the bare minimum, it’s interesting to explore what makes art valuable.

In the art world, an artwork’s value can be attributed to provenance. In other words, who has owned the painting in the past. For example, Mark Rothko’s White Center was owned by the Rockefeller family, one of America’s most powerful dynasties.

Rothko’s masterpiece went from a value of less than $10,000 when David Rockefeller first owned it, to upwards of $72 million when it was later sold by Sotheby’s. This painting was even known colloquially as the “Rockefeller Rothko.”

“All kinds of things converge for a painting to bring that sum of money, such as its provenance,” said Arne Glimcher, art dealer and friend of Rothko in an interview with BBC. “The whole thing [about] art and money is ridiculous. The value of a painting at auction is not necessarily the value of the painting. It’s the value of two people bidding against each other because they really want the painting.”

Old masterpieces are seldom sold as they are typically kept in museums, never again to change hands between private owners. Yet, the sale of these masterpieces happens now and then as did with Peter Paul Rubens’ Massacre of the Innocents.

Rubens is considered one of the greatest painters of all time and it’s undeniable that this piece of art has technical value, insofar as the emotion, finesse, and composition is all remarkable.

But it wasn’t until recently that the Massacre of the Innocents was attributed to Rubens at all and beforehand, it went largely unnoticed. When it was identified as a Rubens, however, the value of the painting skyrocketed overnight, proving that when attributed to a famous artist, people’s perception of the artwork changes and the value goes up.

The Thrill of Auction

The salerooms at Christie’s or Sotheby’s are filled with billionaires – or better yet, their advisors. An obscene amount of money is on the line and the whole ordeal is a buzzing spectacle.

Auctioneers are skilled salesmen who help raise those prices up and up and up. They know when to bump up a lot and when to slightly tip the scales. They’re running the show and it’s their job to make sure the highest bidder has a shot and that values soar.

And they’re playing to the right audience because if one knows anything about wealthy businessmen who often find themselves in an auction house, part of the thrill is winning.

BBC also spoke to Christophe Burge, legendary auctioneer at Christie’s who described the prolonged cheering that ensued after the, then record-breaking sale of Portrait of Dr. Gachet by Vincent van Gogh.

“There was sustained applause, people leapt to their feet, people cheered and yelled. This applause went on for several minutes which is completely unheard of. The reason everybody applauded, I believe, is because we had a very serious financial situation developing in 1990. The Japanese buyers who had been the mainstay of the market were beginning to get nervous and were pulling out and everybody was convinced that the market was going to tumble.

So, if you think about it, as the auctioneer steers prices up and billionaires get swept away in the thrill of a bidding war, it makes sense that, as these artworks get sold and re-sold, their value continues to change, usually going up.

Historical significance works in a couple of ways when it comes to determining the value of art.

Firstly, you can consider the piece in terms of its importance to art history in its genre. For example, a painting by Claude Monet is worth more than other more recent impressionist work since Monet changed the canon of art history and impressionism as a whole.

World history also affects the value of art. After all, art is often a reflection of the culture of its time and as it became a commodity, art was affected by political and historical changes. Let’s explore this concept.

Russian oligarchs have become high bidders at art auctions as of late. Often incredibly private people, millions of dollars change hands in order own some of the most beautiful works of art. And while, sure, this could be a power play insofar as earned esteem from their closest peers, but it also indicates some historical significance.

When Russia was the Soviet Union and operated under communism, people weren’t allowed to own private property. They didn’t even have bank accounts. These oligarchs are newly allowed to own property after the communist regime fell apart and are looking to art as a way to take advantage of this opportunity.

It doesn’t have much to do with the art pieces themselves, but the fact that they have money that they can spend as they please, it’s obvious that changes in politics have a historical effect on the value of art to different people.

Another example of historical significance affecting art value is a notion of restitution.

Adele Bloch-Bauer II by Austrian painter Gustav Klimt was stolen by the Nazis during World War II. After going through a few legal hoops, it was eventually returned to a descendant of its original owner before it was sold at auction.

Due to its interesting story and historical significance on a global scale, Adele Bloch-Bauer II became the fourth-highest priced painting of its time and sold for almost $88 million. Oprah Winfrey owned the piece at one time and now the owner is unknown.

In the earliest years of art history as we know it today, artists were commissioned by royalty or religious institutions. Private sales and auctions came much later and now it’s clear that high art is the ultimate luxury commodity with some artists now becoming brands in and of themselves.

Take Pablo Picasso, the Spanish painter from the 1950s. Steve Wynn, a billionaire property developer who owns much of the extravagant Las Vegas strip amassed quite the collection of Picassos. Seemingly, more as a status symbol than for any real admiration for the artist’s work since Picasso, as a brand, is known as the artist beyond some of the world’s most expensive pieces of all time.

To exemplify this assumption, Wynn opened an elite restaurant, Picasso where Picasso’s artwork hangs on the walls, each likely costing more than $10,000 each. In Vegas, a city obsessed with money, it seems painfully obvious that most people eating at Picasso aren’t art history majors. Instead, they feel elevated and important at the mere fact of being among such expensive art.

Later, to buy his Wynn hotel, Wynn sold most of his Picasso pieces. All but one called Le Reve which lost value after he accidentally put a hole in the canvas with his elbow.

So, people indeed spend money on art to gain social status and feel luxurious everywhere they turn. Art then becomes an investment and values continue to increase as more billionaires covet their ownership.

On the other hand, while some are making business investments and gaining prestige, others are willing to pay huge sums of money for a work of art simply because they fall in love with the piece.

Before Wynn owned his collection of Picassos, most of them were owned by Victor and Sally Ganz. They were a young couple married in 1941 and a year later bought their first piece of art, Le Reve by Picasso. It cost the equivalent of more than two years’ rent and began the couple’s long love affair with Picasso until their collection became the highest-selling single-owner auction at Christie’s.

Kate Ganz, the couple’s daughter told BBC that when you say how much is it worth, then it’s not about the art anymore. The Ganz family seemed to truly love art regardless of money and this passion is probably where the value of art originates in the first place.

As you can see, many arbitrary factors contribute to the value of art, but other, more straightforward things make art valuable, too.

Authenticity is a clear indicator of value as copies and prints of an original painting. The condition of the artwork is another obvious indicator and, like the Picasso that Wynn put his elbow through, the value of art decreases significantly when the condition is compromised.

The medium of the artwork also contributes to its value. For example, canvas works are typically worth more than those on paper and paintings are often at higher values than sketches or a print.

Sometimes, more nuanced situations cause artwork to garner interest such as the early death of the artist or the subject matter of a painting. For instance, art depicting beautiful women tends to be sold for higher prices than that of beautiful men.

It seems as though all of these factors combine to determine the value of art. Whether in a perfect storm of passion and desire or a calculated risk of business transactions and retribution, art collectors continue to spend millions upon millions each year at art auctions.

But clearly, surface-level attributes aren’t the only cause of sky-high prices. From the thrill of an auction to popularity contests, perhaps the real answer is what many assert… why does it matter?

What makes art valuable beyond the cost of supplies and labor? We may never truly understand.