What Was Dubuffet’s l’Hourloupe Series? (5 Facts) 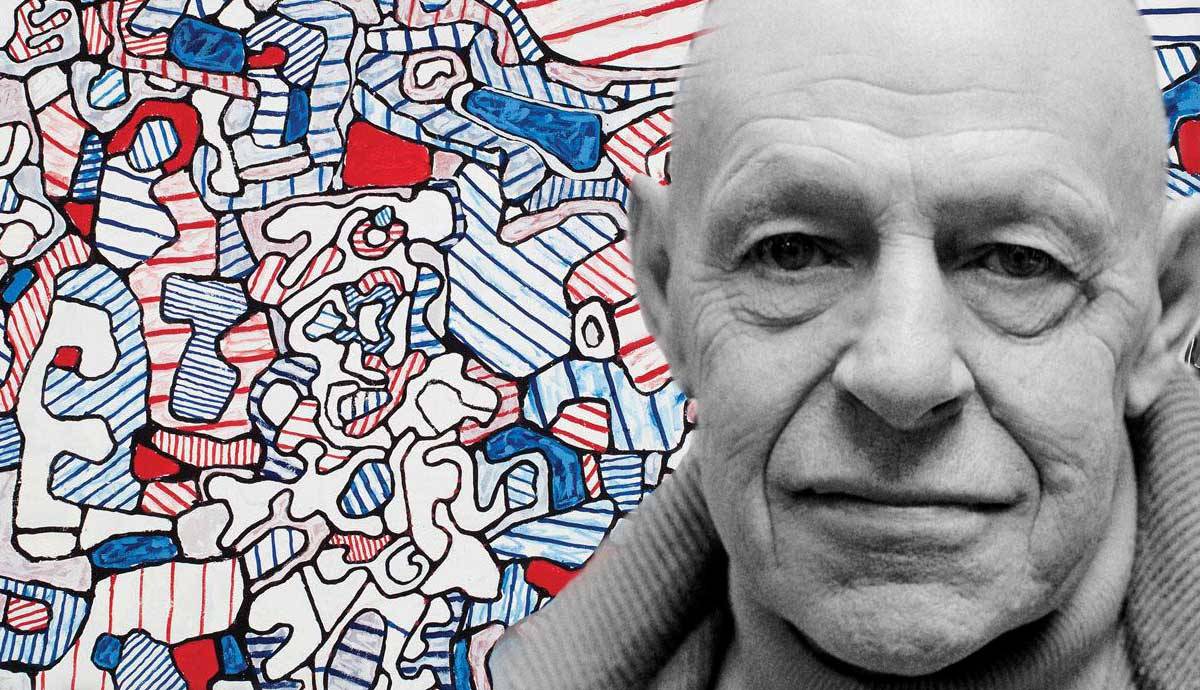 French artist Jean Dubuffet was a radical pioneer who spearheaded the Art Brut style in the 1950s. His raw, crude and expressive artworks challenged conventional ideas about realism and representation and ushered in a new era of unbridled freedom in European art. Throughout his career he cycled through various different styles, but perhaps his most celebrated niche came later in life, with a series he titled l’Hourloupe. Characterized by quirky lines and bold blocks of color, Dubuffet’s l’Hourloupe style became the starting point for some of his most adventurous works of art, including paintings, drawings and sculptures. Read on to find out more.

When Dubuffet began his l’Hourloupe Series in 1962, he was 61 years old. He already had a successful 20-year career behind him as the founder of Art Brut. While much of Dubuffet’s earlier art was predominantly centered around heavily textured painting in an Abstract Expressionist style, this new style marked a complete departure. Drawing was the essence of this new series, and in Dubuffet’s l’Hourloupe series he focused on clean white or black grounds, crisp lines and passages of pure, bold color in red and blue.

Dubuffet’s l’Hourloupe series came to dominate his art for the next several decades. We can recognize the style by its crazy, haphazard black lines that meander in different, wayward directions, as inspired by the ‘automatic’ drawings of the French Surrealists. Dubuffet then introduced a limited color palette of red and blue, sometimes applied in bold blocks, or drawn as a series of striped patterns. The style encapsulated Dubuffet’s desire to liberate art from the constraints of representation, and to express a deep-rooted, primal language.

3. It All Began with a Doodle…

Dubuffet’s l’Hourloupe series had an unlikely starting point, beginning as a doodle the artist made using black, blue and red ballpoint pens while talking to a friend on the telephone. The artist was quietly impressed with the way his simple doodle expressed spontaneous movement with line and limited color. As Dubuffet developed the style, he would always begin with scribbled doodles drawn automatically, which he could then develop further on a larger scale.

Throughout Dubuffet’s l’Hourloupe series, he used this same free-wheeling style to express the interconnected nature of life and its constantly flowing energy. Dubuffet also saw all the works from this entire series as an interlocking group of art, writing, “The works connected with the Hourloupe cycle are linked closely to one another in my mind: each of them is an element intended for insertion into a whole. That whole aims to be the depiction of a world unlike ours, a world parallel to ours, if you like; and this world bears the name l’Hourloupe.”

Dubuffet created the word ‘l’Hourloupe’ from an amalgamation of French words: “hurler” (“to shout”), “hululer” (“to howl”) and “loup” (“wolf”). This sonorous, spirited combination of words came to encapsulate the spirit of Dubuffet’s series, with its expressive, animalistic and primordial energy. The artist also took inspiration from a short horror story titled Le Horla, written by the 19th century French author Guy de Maupassant in 1887, hinting at darker narratives beneath the surface of Dubuffet’s art.

Dubuffet’s ‘l’Hourloupe’ series began with drawing and painting, but over time he realized its potential for expanding into three-dimensions. He became increasingly adventurous into his later years, creating large-scale sculptures, public artworks, and even costumes and animations in the same distinctive and instantly recognizable style of l’Hourloupe.