HomeArtistsWhat You Need to Know About Francis Bacon

Not to be confused with 17th century Lord Chancellor of England and renowned philosopher, Sir Francis Bacon, the Francis Bacon 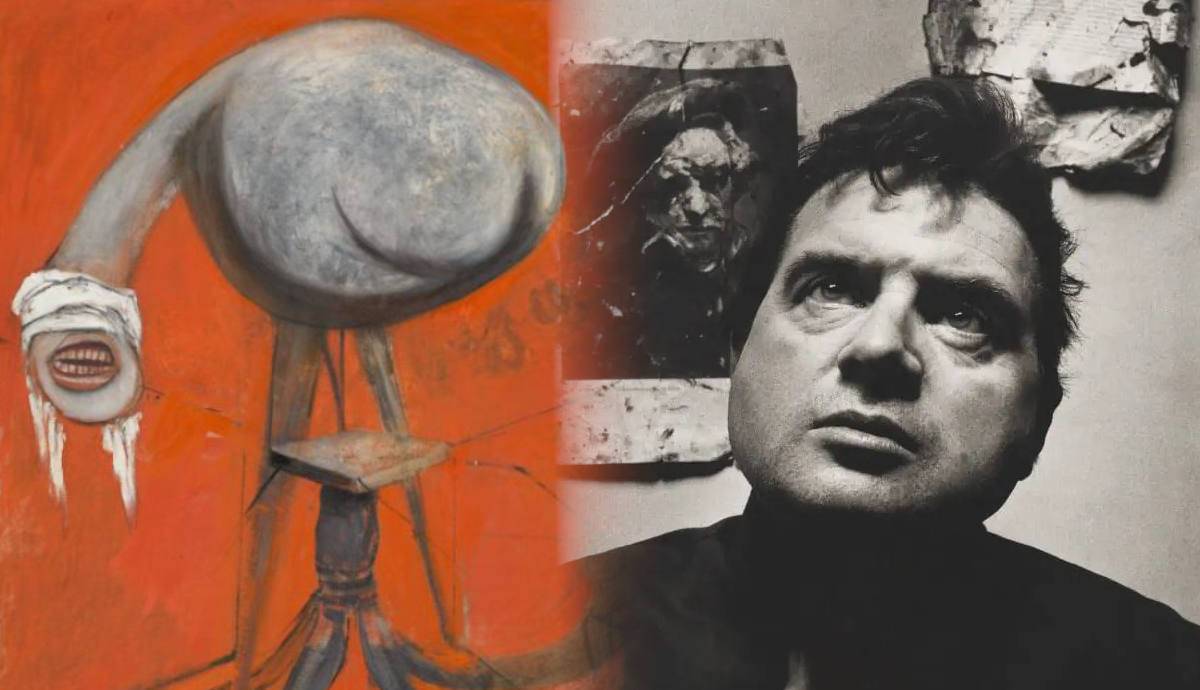 Not to be confused with 17th century Lord Chancellor of England and renowned philosopher, Sir Francis Bacon, the Francis Bacon we’re talking about here was a prolific 20th-century artist. Funny enough, though, he was also British.

With a life spanning from 1909 to 1992, he was a powerhouse of art, returning to terrifying themes and emotional context. Here, we’re sharing everything you need to know about the intriguing, triptych-loving painter.

Pablo Picasso Was the Reason Bacon Began to Paint

Surely, Picasso has been an inspiration for countless artists. But Bacon claims that not only was Picasso an influence, he was the reason. Bacon told the author John Gruen that Picasso “is the father figure who gave me the wish to paint“.

Bacon wasn’t a trained artist in any way, but he took cues from many of the masters who came before him. Of course, Picasso was one of those masters, but he also drew from the techniques of Diego Velazquez, Nicolas Poussin, and Rembrandt.

For whatever reason, it seems that Bacon was not close to his parents. His mother was a socialite and dressed in the latest fashions – think short flapper dresses, cigarette holders, and a cloche hat.

She was born into the Sheffield steel fortune and cared more about her social status than her children. Bacon would draw pictures of women in ‘20s apparel for his mother, surely trying to get her attention. Bacon’s sister remembers the drawings but doesn’t know what happened to them.

Perhaps his estranged relationship with his parents is part of the reason he’d turn to the tumultuous and often horrific subject matter in his paintings.

The Film Battleship Potemkin Was a Major Catalyst for Bacon

Bacon is known for his terrifying and often garish paintings. Images of people screaming in horror or disfigured faces were the norm for Bacon. A famous study by Bacon called Study for the Nurse came from Sergei Eisenstein’s 1925 film Battleship Potemkin.

He was so struck by the film that he considered it a catalyst for many of the open-mouthed fear-stricken characters that would appear in his work throughout his career.

Bacon was known as the “divine demon of British art” and said of his work that he needed to “paint the cry rather than the horror.” One of his most famous pieces, Three Studies for Figures at the Base of a Crucifixion, reflected the horrors of World War II.

The piece was controversial at the time, causing a scandal during its 1945 exhibition. Bacon also claimed this to be his first work, even though he had been painting for a while by then. All of Bacon’s early work was destroyed by Bacon himself.

It was purchased by the Tate in 1953 and hardly any of his earlier paintings have been recovered – although it’s noted that Bacon presented exhibitions in the past. The few that have been found sold for exorbitant amounts.

In November 2013, Bacon’s study of his friend and foe Lucian Freud, titled Three Studies of Lucian Freud became the most expensive painting ever to be sold at auction. It brought in $142.4 million and held the record-breaking title for one and a half years.

Interestingly, Bacon was beaten out by his ultimate inspiration Picasso when Women of Algiers sold for $178.36 million in May 2015. If there’s anyone Bacon might be ok “losing” to, it’s probably Picasso.

As a young boy, Bacon was kicked out of his father’s house after getting caught trying on his mother’s underwear. On a hunting trip 16 years later, his father discovered that Bacon was gay.

In some of his art, such as in Two Figures, you can see him expressing his homosexuality, albeit in his typical horrifying way, and eventually, he was in an openly gay relationship with George Dyer.

Sadly, their love story ended tragically when Dyer committed suicide during Bacon’s first retrospective at the Grand Palais in 1972. Afterward, Bacon painted a series of triptychs dedicated to his late lover.

Their love story was depicted in the film Love Is the Devil: Study for a Portrait of Francis Bacon directed by John Marbury.

In 1961, Bacon moved into his now-famous studio in South Kensington, London. He painted upstairs in a two-story house at 7 Reece Mews in a room that was never cleaned. The studio was always cluttered with books, magazines, empty tubes of paint, photographs, and clippings.

It might be what you’d expect from a famous painter’s headquarters, like entering into his overstimulated mind. Hardcore Bacon fans can visit a reconstruction of his studio to bask in the glory of Bacon’s messy mind and space.

Still recognized as one of the most influential artists to come out of Britain in the 20th century, Bacon is a household name blending horror and modern art. Known for his triptychs and unfinished studies, Bacon has certainly made his mark on the art world.