Who Is Chiho Aoshima? 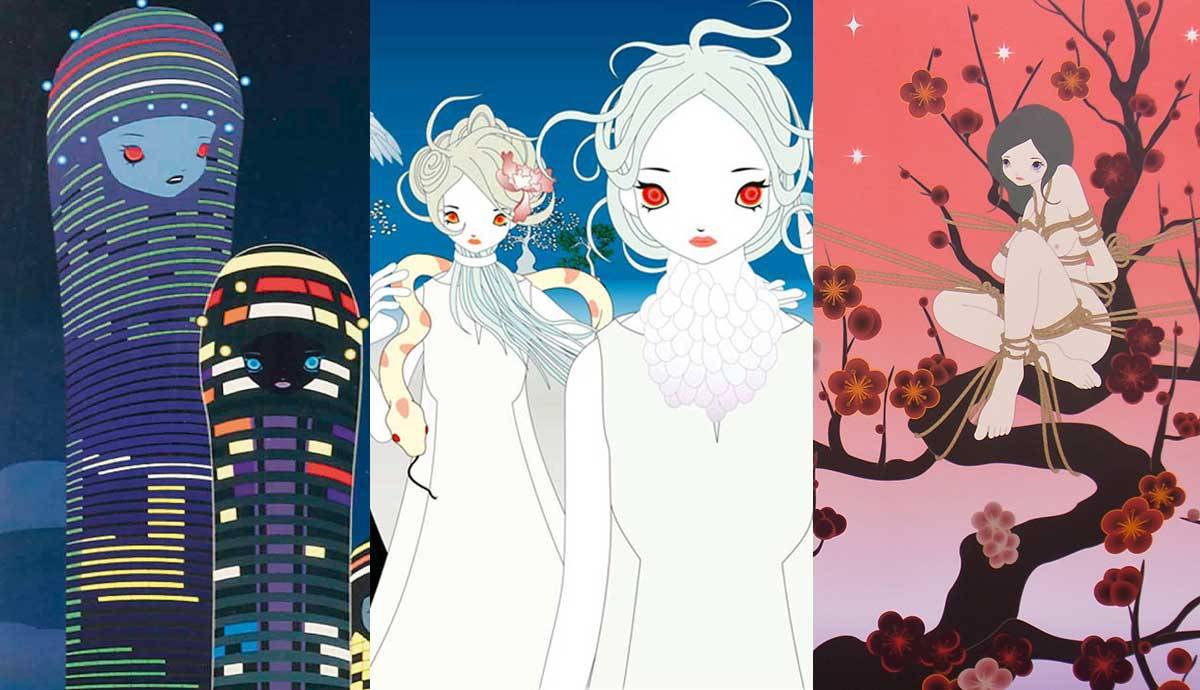 Chiho Aoshima is a contemporary Japanese artist who works in a Pop Art style. A member of Takashi Murakami’s Kaikai Kiki Collective, she is one of Japan’s most popular and successful artists working today. She works with a range of media including digital prints, animation, sculpture, murals, ceramics and painting. Her art is filled with strange, surreal, and fantastical imagery that relates as much to Japanese folklore and tradition to the modern worlds of kawaii, manga and anime. While they might look decorative or cute from afar, her artworks address serious issues about human psychology and our place in the post-industrial world. Let’s take a look at some of the key facts surrounding this fascinating artist.

In contrast with many of her fellow Kaikai Kiki artists, Aoshima doesn’t have any formal art training. Born in Tokyo, she studied economics at Hosei University. She subsequently took up work with an advertising firm. While working there, an in-house graphic designer taught her how to use Adobe Illustrator. It was through playing with this computer program and making a series of ‘doodles’ that Aoshima first began making her own art.

Fortuitously, Takashi Murakami made a visit to the advertising firm where Aoshima was working, to oversee one of their campaigns. Aoshima showed Murakami one of her drawings, and he began including her art in a series of his curated group shows. One of the first was an exhibition titled Superflat at the Walker Art Centre, which showcased the work of artists influenced by the worlds of manga and anime. During this exhibition Aoshima’s art caught the attention of the art world. The show subsequently became the launchpad for her career. Murakami also hired Aoshima as a member of the design team at Kaikai Kiki.

While she began her career working in digital prints, Aoshima has since moved into a broad range of media. This includes painting and public art murals, as well as animation and ceramics. In all her art she creates surreal fantasy worlds filled with colorful and eccentric characters that resemble manga illustrations. Over the years she has featured anything from living islands and cute UFOs to buildings with faces.

4. She Looks Back to Japanese History

As much as Aoshima references the worlds of manga and anime, she also looks back into Japanese history for the deeper meanings and hidden narratives in her art. Sources include Shintoism, Japanese folklore, and ukiyo-e woodblock prints. Her art is as much about Japan’s rich and diverse cultural history, as the country’s changing face as it moves towards the future. We see this blend of references in Aoshima’s deeply complex artworks such as the vast mural As We Died, We Began to Regain Our Spirit, 2006, and the digital inkjet print Red Eyed Tribe, 2000.

5.Many of Her Artworks Have a Futuristic Vibe

Speaking of the future, there is an otherworldly, sci-fi, and futuristic quality in many of Aoshima’s artworks. She often makes reference to UFOs and aliens, as seen in the painting It’s Your Friendly UFO! 2009, and the complex exhibition titled Our Tears Shall Fly off Into Outer Space, 2020, which featured animation, painted ceramics and prints exploring extra-terrestrial themes and space exploration. She has also made artworks that document a city of the future where plants, animals and industry seem to have merged into one, such as City Glow, 2005, offering her vision for a planet-friendly utopia.

Who Is Aya Takano?