Who Was Lee Krasner? (6 Key Facts) 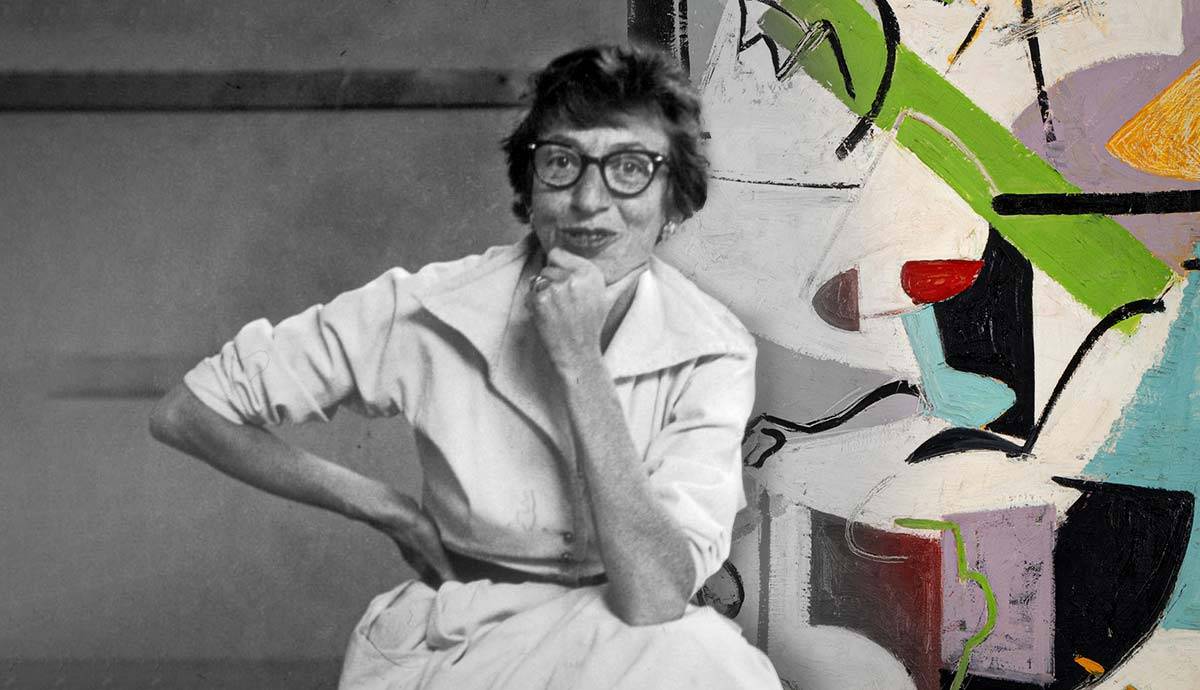 Lee Krasner might be best-known as Jackson Pollock’s wife, but she was a monumentally successful artist in her own right. Forging through a male-dominated art scene, she established a rock-solid reputation as one of the New York School’s leading Abstract Expressionists, producing a vast and extensive legacy of art that has influenced generations of artists since. We dig out some of the most important facts about this 20th century pioneer, who has only recently received the international recognition she deserves.

1. Her Original Name Was Lena Krassner

Lee Krasner was born in Brooklyn under the name Lena Krassner. Determined to be an artist from a young age, she enrolled herself in the Washington Irving all-girls High School in Manhattan at the age of 13, the only school in New York that offered advanced art courses for girls. Firstly she changed her name to ‘Lenore’, after the Edgar Allen Poe poem. A few years later, she changed her name again to the more androgynous ‘Lee’, knowing her art would be completing in a male-driven industry. She then dropped the second ‘s’ from her surname.

2. Krasner Began Her Career as a Mural Painter

After training at the Cooper Union and the Art Students’ League in New York City, Krasner began her career as a mural painter. Like many artists of her generation, Krasner found steady employment through the Works Progress Administration (WPA), a public arts program established as part of Franklin D. Roosevelt’s New Deal. Through this program Krasner mingled with various like-minded artists, including her future husband, Jackson Pollock, and Willem de Kooning. Krasner was eventually promoted to a supervisory role within the WPA.

3. Her Early Art Was Cubist in Style

In the 1930s Krasner attended a series of drawing classes with the renowned artist and teacher Hans Hoffmann. During this time she began working in a Cubist style, with harsh, angular lines and broken, distorted forms. She would cut apart old drawings and piece them back together again in new ways. This became a gateway into an increasingly abstract language.

Throughout the mid to late 1940s Krasner settled with Jackson Pollock in a home studio in Long Island. It was here that Krasner made a breakthrough group of 31 small paintings, titled the ‘Little Image’, series. Each work is composed of a dense patchwork of small marks, built up gradually to form an all-over, pattern-like aesthetic. Sometimes these paintings resembled a grid, mosaic or patchwork quilt. In her later paintings of this series Krasner included curious, hand-drawn elements resembling ancient writing systems or hieroglyphics. This style also referenced the calligraphic complexity of the Hebrew texts she read as part of her Jewish upbringing.

5. She Painted Some of Her Best Work in Pollock’s Old Studio

When Jackson Pollock died in a car crash in 1957, Krasner moved into her husband’s studio to paint as a means of working through her grief. When she struggled to get to sleep, she often painted through the night on epic, vastly-scaled canvases. These became the most important work of her career yet. Series’ of paintings from this period include the ‘Umber Paintings’, the ‘Cool White’ series and the ‘Earth Green’ series, all which demonstrated a newfound freedom of expression, and an increasing awareness of the emotive power held within different colors.

By the 1960s, Krasner had  begun to harness her mature style, making bold, brilliantly hued paintings dedicated to the sheer, elemental forces of nature. She continued with the ‘all-over’, decentralized style of her earlier art, focusing rhythms of color that move across the canvas, with no single point of focus. In many ways this late art can be seen as a form of rebirth, after processing her trauma and loss.

6. Krasner Has Only Recently Received Her Due

It wasn’t until her late career that Krasner began to receive international recognition. The late 1960s and 1970s were a vital period for her as the Women’s Movement brought key cultural figures, including Krasner, out into the limelight. In 1984, Krasner had a major retrospective at the Houston Museum of Fine Arts in Texas which travelled across the United States, culminating at New York’s Museum of Modern Art.

More recently, London’s Barbican Gallery organized a retrospective of Lee Krasner’s entire career titled Living Color. Meanwhile, the Pollock-Krasner Foundation, established in 1985, continues to celebrate the explosive creativity that Pollock and Krasner shared together, and the totemic legacy they have left behind.