HomeAnswersWho Were the Most Famous Byzantine Empresses?

Who Were the Most Famous Byzantine Empresses? 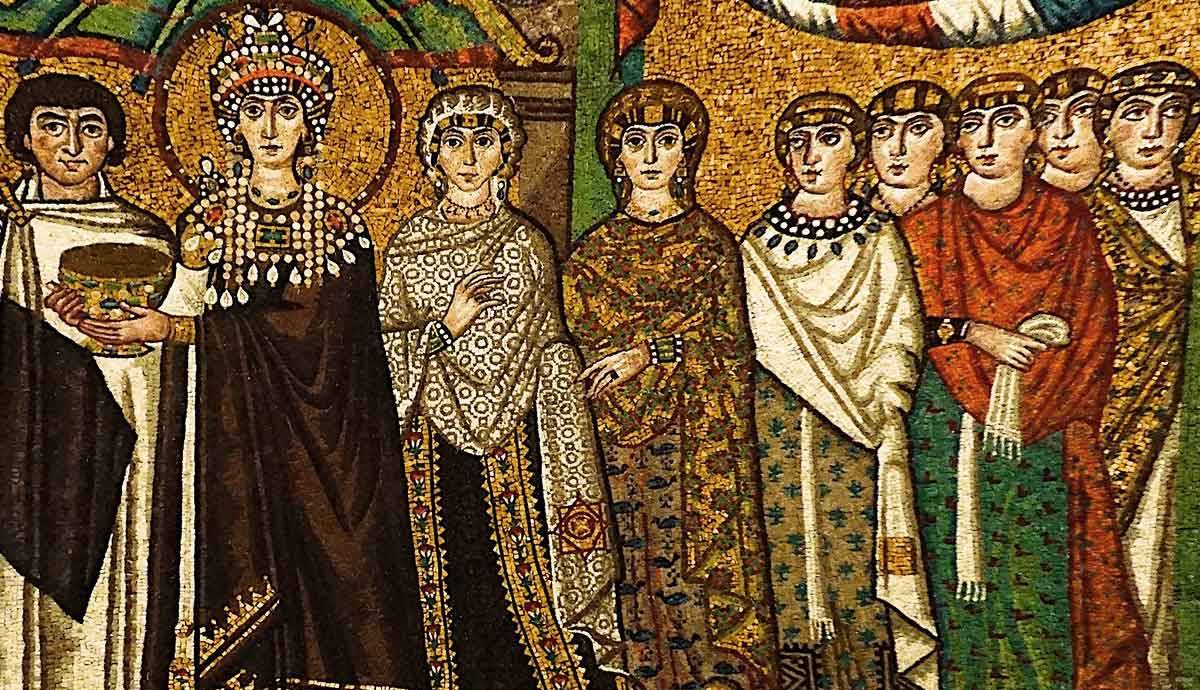 The Medieval Roman Empire, better known as the Byzantine Empire, was a fascinating place – namely, the Byzantine empresses ruled as equals along with their husbands. They even governed as regents or in their own right. The empresses had a say in the politics, religion, and military affairs of the Empire. The powerful Byzantine women were portrayed on mosaics, icons, and, most importantly, imperial coinage, a powerful means of propaganda distributed across the vast territory of the medieval state. But who were the most famous Byzantine empresses? Here is the list of the powerful women that shaped the course of the Byzantine Empire.

Theodora: The Most Famous of the Byzantine Empresses

Empress Theodora (527-548 AD) was the wife of Justinian I and perhaps the most famous of all the Byzantine empresses. If we are to believe historian Procopius, Theodora was of low background, an artist (and a courtesan) – a profession unbecoming for a future empress. After a change in law to permit it, Theodora married Justinian in 523–4. From that moment onwards, the two ruled as equals. In fact, Theodora saved Justinian’s throne and life at the very onset of his reign.

During the Nika riots in 532, when the masses surrounded the Great Palace in Constantinople, Theodora famously declared that for her, “the royal purple is the noblest shroud,” deterring Justinian from fleeing the city. Theodora was her husband’s closest advisor and played a key role in keeping the religious factions together. The famous glittering mosaics of Saint Vitale in Ravenna, made after Justinian’s Reconquest, still stand witness to the close partnership between Theodora and Justinian.

Irene: The Empress and “The Emperor”

The story of Empress Irene (792 – 802) is another fascinating tale and evidence of Byzantine women’s power. After the death of her husband, emperor Leo IV, in 780 AD, Irene became a regent for her ten-year-old son Constantine VI. From the onset of her regency, Irene faced powerful opposition. The empress was instrumental in restoring the icons, while her husband and his closest associates were iconoclasts. Eventually, her political enemies removed Irene from power and installed Constantine VI as the emperor. Irene, however, continued to fight.

Finally, in 797, Constantine was deposed and infamously blinded at his mother’s orders. Irene then reigned alone as basileus (the “emperor,” not the “empress”) for five years. In 798, Irene established diplomatic relations with Charlemagne, and in 802, the two sides reportedly considered a marriage that would lead to the unification of the East and West. It was not to be. Fearful that Charlemagne could take the throne in Constantinople, Irene’s enemies deposed the empress, installing in her place emperor Nicephorus I.

Zoe and Theodora, the Sister Empresses

Zoe (1028-1050) and Theodora Porphyrogenita (1042-1056) were the two daughters of emperor Constantine VIII, the elder brother and successor of renowned emperor Basil II. Although Theodora was Constantine’s first choice, Zoe became the empress, confining her younger sister to the monastery. A member of the famous Macedonian dynasty, Zoe had a hand in the succession of five Byzantine emperors, three of whom were her husbands: Romanos III, Michael IV the Paphlagonian and Constantine IX.

After emperor Michael V deposed Zoe and sent her to the monastery, the empress made an uneasy alliance with her sister and, with popular support, regained the throne in 1042. Following the death of Zoe in 1050, Theodora retired back to the monastery, leaving Constantine IX to rule alone until his own death in 1055. Now in her late seventies, Theodora became empress once again before succumbing to a sudden illness and dying at 76. Theodora’s talents for governing stabilized the Byzantine Empire, which was weakened by the bad decisions of her sister. Theodora Porphyrogenita was the last ruler of the Macedonian dynasty.

The last famous Byzantine empress was neither the wife nor the daughter of an emperor but the mother of one. Anna Dalassene was the mother of Alexios I Komnenos and the force behind his rise to the throne. She was well-connected with the previous monarchs. The emperor Romanos IV Diogenes, the tragic protagonist of the disaster of Manzikert, was her distant cousin.

Her husband’s brother was emperor Isaac I Komnenos. When Isaac abdicated due to ill health, Anna tried but failed to convince her husband to take the purple. However, with the accession of her son, Alexios, Anna became the most powerful woman in the Empire. Her son spent most of his reign far from Constantinople, fighting the Seljuks, the Pechenegs and the Normans.

Thus, Anna ruled in her son’s absence as the regent. As empress-mother, her order had the same weight as if it was by the emperor. Anna despised empress-consort Irene Doukaine, and had assumed total responsibility in upbringing and education of her granddaughter, the famous historian Anna Komnene. Empress Anna Dalassene ruled until retiring in her seventies.

Justinian the Empire Restorer: The Byzantine Emperor’s Life in 9 Facts

Belisarius: Who Was “The Last Roman General”?