HomeAnswersWhy Did Kandinsky Write ‘Concerning the Spiritual in Art’?

Why Did Kandinsky Write ‘Concerning the Spiritual in Art’? 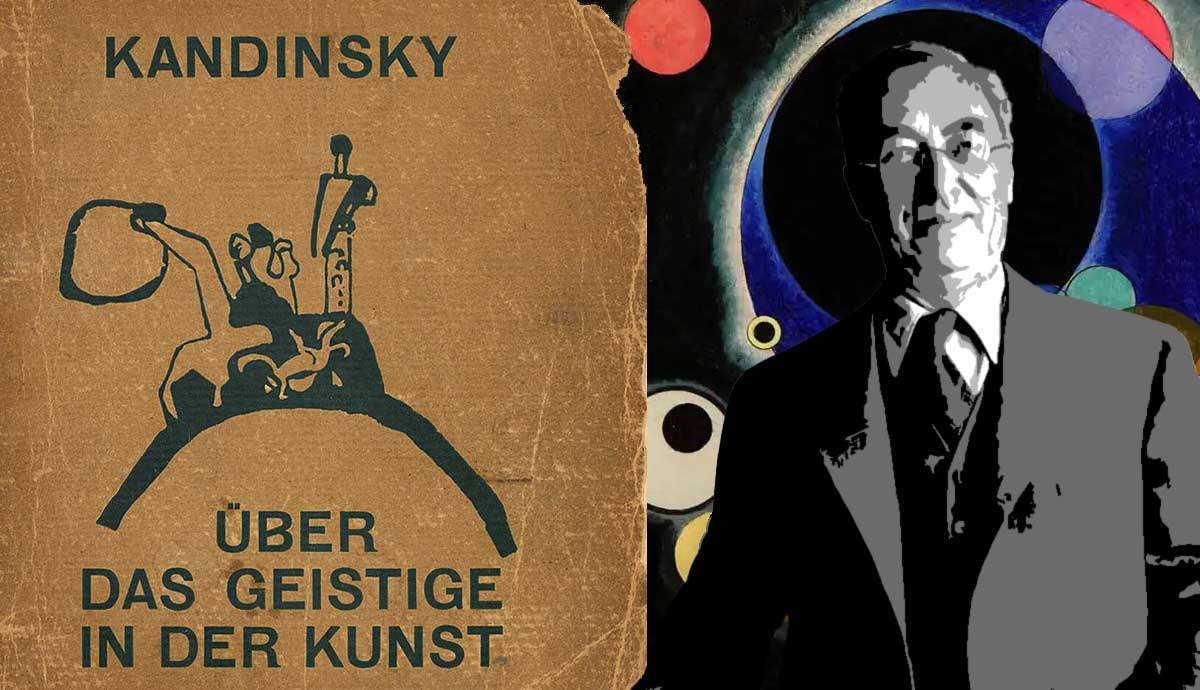 Russian-born, early 20th century artist Wassily Kandinsky was a true pioneer, who paved the way for abstraction in the early 20th century. His free and expressive paintings expressed a societal desire to escape the trappings of materialism and industrialization for a higher, metaphysical realm. Along with his extensive body of art which includes paintings, prints and drawings, Kandinsky was also a prolific writer. His iconic text Concerning the Spiritual in Art, 1911, was a treatise to the spiritual embodiments contained within his paintings, and a call to action for creative voices of his generation and beyond to adopt new, metaphysical ways of thinking about and making art. These are some of his key concepts below.

Kandinsky Celebrated the Power of Color

Kandinsky was deeply attuned to the spiritual resonances of color, and they became a defining principle in his art. In Concerning the Spiritual in Art, Kandinsky describes color as a gateway into the metaphysical, spiritual realm. He describes how individual colors each have their own emotive and resonant properties. Blue, in particular, held great significance for Kandinsky, as he writes, “The deeper the blue becomes, the more strongly it calls man towards the infinite, awakening in him a desire for the pure and, finally, for the supernatural…” Kandinsky also described how sonorous combinations of colors could invoke mixed emotional responses and reach deep inside the viewer and touch their inner psyche, writing: “Color is a power which directly influences the soul.”

From the late 19th century onwards, Kandinsky was entranced by the transformative potential of music, particularly its power to lift the listener’s mind out of everyday reality and into a dream or trance-like realm. In Concerning the Spiritual in Art, Kandinsky writes, “A painter, who finds no satisfaction in mere representation, however artistic, in his longing to express his inner life, cannot but envy the ease with which music, the most non-material of the arts today, achieves this end.” Kandinsky’s greatest artistic challenge then, was to find ways of expressing sonorous musicality through art. He draws comparisons between the two creative disciplines in Concerning the Spiritual, writing, “Color is the keyboard, the eyes are the harmonies, the soul is the piano with many strings. The artist is the hand that plays, touching one key or another, to cause vibrations in the soul.”

Without a doubt one of Kandinsky’s greatest achievements was taking art away from real world representation and into a higher, unseen realm. Kandinsky believed the early 20th century was a watershed moment when art should move away from its long tradition for representation, taking flight into the unchartered territories of abstraction. When addressing the readers in Concerning the Spiritual he writes, “Just ask yourself whether the work has enabled you to ‘walk about’ into a hitherto unknown world. If the answer is yes, what more do you want?”

A Gateway into Abstraction

In Concerning the Spiritual Kandinsky encourages artist readers to delve deep inside themselves in order to find a more expressive and abstract way of working, one that is true to the nature of their inner spirit, and can transcend ordinary life for a visionary, utopian new state of mind. He writes, “Every man [or woman] who steeps himself in the spiritual properties of his art is a valuable helper in the building of the spiritual pyramid, which will someday reach to heaven.” Kandinsky also describes how a work of art is its own entity, a living, breathing organism which can act as a gateway into its own universe. He observes, “to create a work of art is to create the world.”