HomeAnswersWhy Did Tracey Emin’s Bed Cause Such a Sensation?

Why Did Tracey Emin’s Bed Cause Such a Sensation? 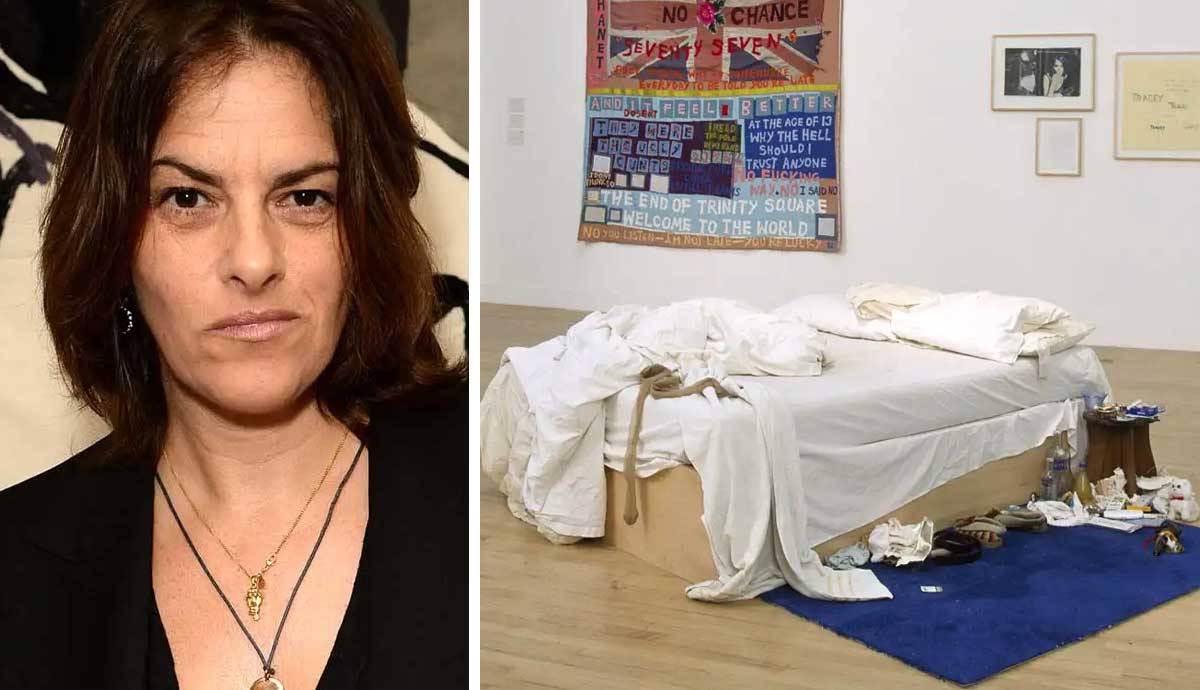 British artist Tracey Emin caused a media sensation when she exhibited her dirty, unmade bed as a work of installation art to the public, titling it simply My Bed, 1998. Strewn with deeply intimate, embarrassing content others wouldn’t even want houseguests to see, including pill packets, soiled sanitary products, dirty pants, empty vodka bottles and more, Emin’s bed became a kind of confessional. It exposed her deepest, darkest moments to the entire world. Little wonder then, that it caused a huge media furor. But it also cemented Emin’s place in art history, leading to her nomination for the British Turner Prize just a year later. Her infamous artwork also attracted the support of art magnate Charles Saatchi, who catapulted her into the international spotlight. We look through some of the key themes in Emin’s bed to find out more.

Emin’s installation was based on the state she had left her bed following a particularly dark four days of her life. Following a bad breakup with her boyfriend, Emin spent around four days in bed binge-drinking, smoking and taking various pills while trying to cope. When she finally resurfaced, Emin looked at her messy, dirty bed and thought “I made that.” She decided to translate the state of her bed during this depressive episode into a work of art. By now Emin had already begun to earn a widespread reputation for creating art that was shockingly personal (see her stitched tent) but this installation brought her ideas onto a new level.

One of the most shocking aspects of Emin’s bed was the inclusion of such personal, intimate material. Rumpled bed sheets were scattered with stains, while all around it were empty vodka bottles, used cigarette packets, blood-stained underwear, used and unused condoms, various pill packets, dirty clothes, crumpled tissues, a pregnancy test, lubricants and more. Reactions when she first unveiled the installation at Tokyo’s Sagacho Exhibition Space in 1998 ranged from shock and horror to praise. Critics lambasted her for being so brazen with her sexuality, while supporters championed the work’s direct, frank honesty.

One of the key concepts behind Emin’s installation My Bed, was to question the values of art, asking what makes a work of art, and how we judge its value and merit. Like Joseph Beuys, Emin believed anyone could be an artist – that it didn’t require special skill, talent, or intelligence – but merely the courage to stand up and say ‘this is art.’ And like Marcel Duchamp, Emin’s My Bed was a form of ‘Readymade’ sculpture, taking real world items and translating them into a work of art.

But while Duchamp had still signed and presented his readymade artworks, Emin deliberately bucked any gallery niceties, leaving the entire bed in a dirty, dishevelled state for all to see. In doing so, she asked us to consider what constitutes a work of art, arguing that her entire existence could be translated into art if she said so, because she was living out the performative role of the artist. Thus, the bed became a reflection on, and an extension of her creative life.

She Pushed the Boundaries of Taste

Emin’s installation wasn’t just shockingly intimate and boundary pushing – it was also deeply uncomfortable to look at. She forced us to confront and even enter the darkened state of mind she was in while occupying this dirty, messy bed, asking us if we, too, might have experienced something similar. The deliberate ‘bad taste’ of Emin’s artwork really riled some critics. Some accused her of sensationalism, while others labelled her as navel-gazing, boring, or lazy for making art out of such ordinary, everyday matter. In some ways the jury is still out on Emin’s bed – but love it or hate it – there’s no question of its important place in art history today.