Why Is Machu Picchu a World Wonder? 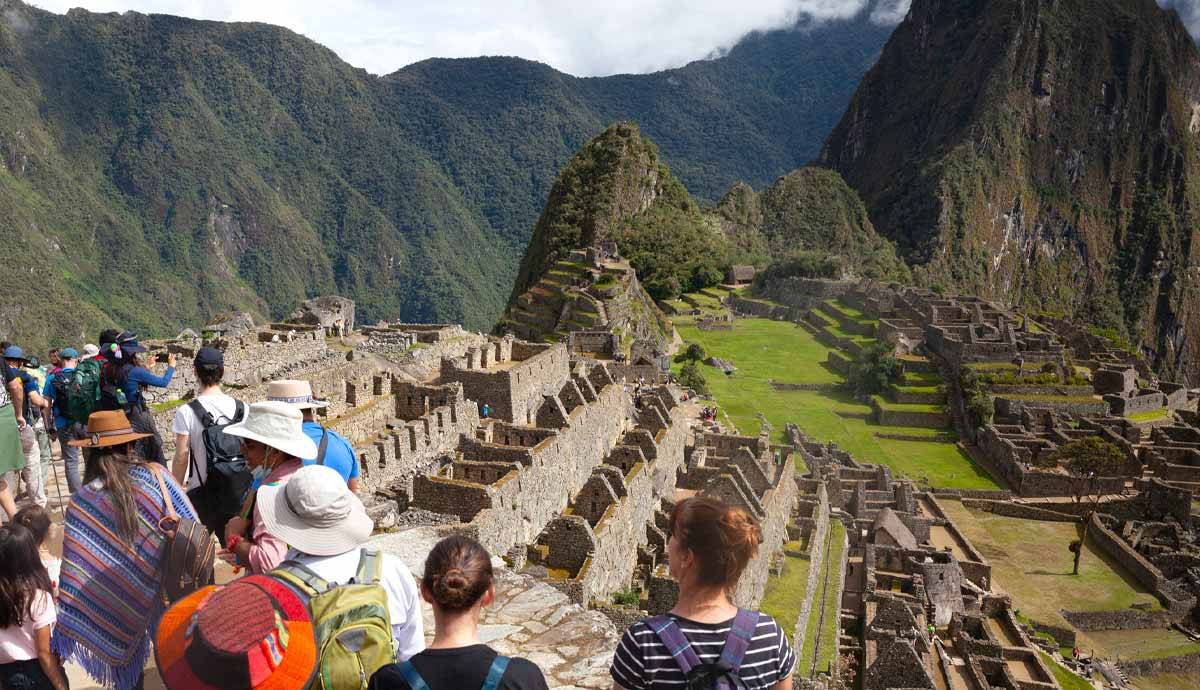 Nestled high in the Andes Mountains above the Peruvian Sacred Valley, Machu Picchu is a rare citadel that dates all the way back to the 15th century. Built by Incas in around 1450, this hidden city was once a grand estate for the Inca Emperor Pachacuti, containing plazas, temples, homes and terraces, built entirely by hand in drystone walls. Thanks to extensive restoration work in the 20th century, there is now enough evidence to reveal what life was like for the Incas, in the place they called Machu Picchu, meaning ‘old peak’ in Quechua. We look through a handful of the reasons why this site attracts millions of tourists every year, and why it is one of the seven modern wonders of the world.

Machu Picchu Was Once a Royal Estate

While there is some debate about the purpose of Machu Picchu, many historians believe the Inca ruler Pachacuti Inca Yupanqui (or Sapa Inca Pachacuti) built Machu Picchu as a royal estate exclusively for Inca emperors and nobles. However, many have hypothesized that the leading emperor would not have actually lived here but held it as a secluded place for retreat and sanctuary.

This Mountaintop Is a Sacred Site

Mountains were sacred to the Incas, so this particularly high mountaintop dwelling would have had a special, spiritual significance. So much so, Incas even came to regard this imperial city as the center of the universe. One of the most important buildings on the site is the Temple of the Sun, built on a high vantage point to honor the Incan sun god Inti. Within this temple the Incas would have carried out a series of rituals, sacrifices and ceremonies in honor of the sun god. However, because the site was so sacred, only priests and high-ranking Incas could enter the temple.

Machu Picchu Is Vast and Complex

The entire site of Machu Picchu expands across 5 miles and contains 150 different buildings. These include baths, houses, temples, sanctuaries, plazas, water fountains and mausoleums. Highlights include the Temple of the Sun, the Temple of the Three Windows and Inti Watana – a carved stone sundial or calendar.

Many thousands of workers constructed the sacred city of Machu Picchu from locally sourced granite. They constructed the entire complex using an impressive series of drystone techniques, with jagged and zig-zagged stone pieces slotted tightly together like jigsaw pieces. This process allowed Incas to create unbreakably strong buildings that have remained standing for more than 500 years. Incas even carved some structures right out of the rock on the mountaintop, and this gives the citadel its distinctive quality in which the buildings seem to merge into one with the surrounding landscape.

Despite all the painstaking work that went into building the city, it only survived for around 150 years. In the 16th century Inca tribes were ravaged by smallpox, and their weakened empire was seized by Spanish invaders.

An Explorer Discovered Machu Picchu in 1911

After the 16th century, Machu Picchu remained untouched for hundreds of years. Amazingly, it was Yale University history lecturer Hiram Bingham who found the city in 1911, during a trek along the mountaintops of Peru in search for the last capitals of the Incas, Vitcos and Vilcabamba. Bingham was astonished to find an Incan city for which there was no historical record. It was thanks to him that the lost city was brought to public attention.

In 1913, National Geographic Magazine devoted their entire April issue to the wonders of Machu Picchu, thus catapulting the Inca city into the international spotlight. Today, the sacred site attracts thousands of tourists, who go in search for the incredible spiritual wonder that the Incas once found here, high on the top of the mountain.

Sikh Gurus: Who Are the 10 Spiritual Leaders of Sikhism?