HomeAnswersWhat Are the Seven Wonders of the Natural World? 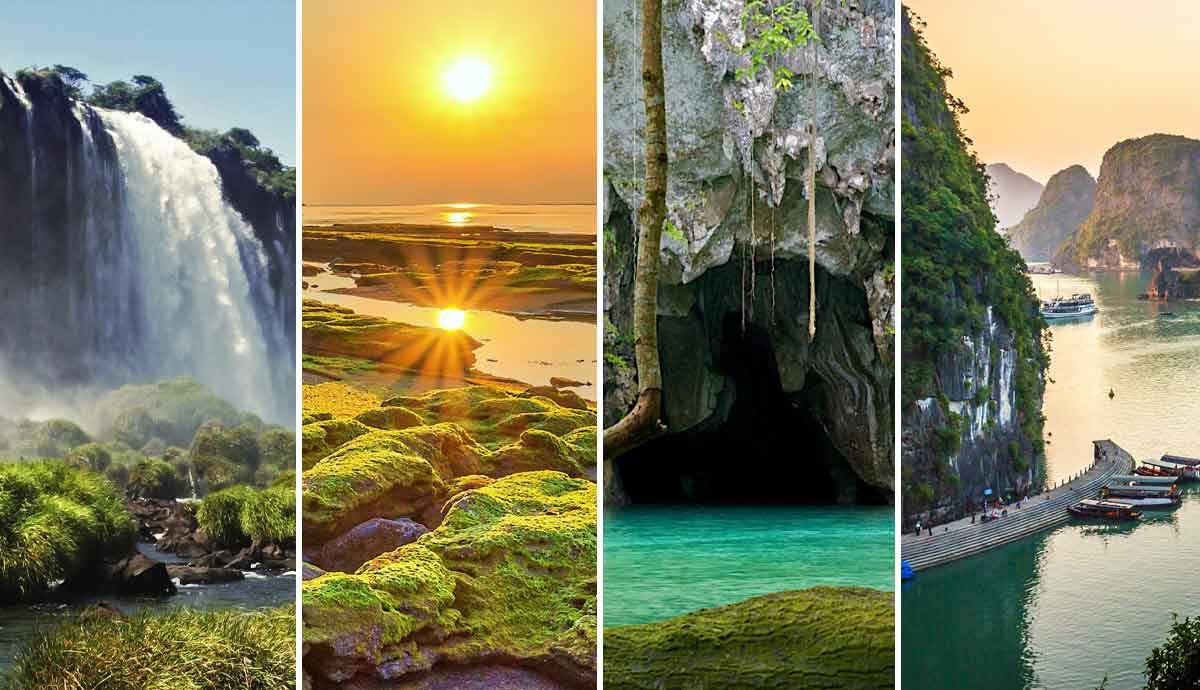 We all know about the Seven Wonders of the World, an ancient list once compiled to celebrate the incredible achievements of human civilization. More recently, a modern-day a Swiss company called the New7Wonders compiled a new list of World Wonders. But did you know the same company also put together a list of the Seven Wonders of the Natural World, as voted for by 500 million members of the public in 2011? The public chose these seven locations for their breath-taking beauty, natural diversity, ecological importance, location and historical legacy. (Bearing in mind this is one of several lists of natural wonders that exist in the world.) Read on to learn about these must-see natural hot spots for the most intrepid explorers.

Iguazu falls are a series of waterfalls on the Iguazu River. They border the Argentine province of Misiones and the Brazilian state of Paraná, near the city of Curitiba. Incredibly, Iguazu is the largest waterfall system in the world, at 82 meters high and an incredible 2,700 meters wide. This natural phenomenon is a true sight to behold, and UNESCO named it a World Heritage Site in 1984. The surrounding landscape is equally impressive, forming two areas of Natural Park on either side of the river.

The aptly named Table Mountain is a flat-topped mountain that overlooks Cape Town in South Africa. Such is its national importance, the mountain appears in the Cape Town flag, and other government insignia. The mountain’s distinctive, level tip covers an area of around 3km. From here, dramatically steep cliffs drop down its sides. In colder times of year, the mountain’s flat top collects orographic clouds. Locals sometimes refer to them as a “tablecloth.” Legend has it the white puffs are the result of a smoking competition between the Devil and a local pirate called Van Hunks.

Ha Long Bay in Quảng Ninh Province, Vietnam has long been a tourist attraction due to its fascinating prehistoric biosystem. Amazingly, the bay contains a vast array of around 1,960–2,000 islets, or mini-islands. They have been steadily growing out of limestone over the past 500 million years. Historians even think prehistoric human beings once lived here, many thousands of years ago. Today, the site is also home to 14 endemic floral species and 60 endemic faunal species, making it a special, self-contained site where nature has been taking its course for millennia.

Almost everyone must have heard of the Amazon jungle. So, it’s little wonder that the Amazon Rainforest and River were voted high on the list of seven natural wonders of the world. This vast stretch of land spans 6.7 million square kilometers, and covers 9 different nations: Bolivia, Brazil, Colombia, Ecuador, Guiane, Guyana, Peru, Suriname and Venezuela, making it the largest forest in the world. The Amazon River running through it contains the largest discharge of water in the world. In fact, the Amazon plays such a vital role in the preservation of the planet, that ecologists call it “the lungs of the world.”

Jeju Island in South Korea is a volcanic island made entirely from volcanic eruptions around 2 million years ago, during the Cenozoic era. This means its craggy surface is predominantly made up of basalt and lava. Its surface area covers 1,846 square kilometers, making it the largest island in South Korea. Popular attractions on the island are Hallasan mountain, a dormant volcano rising 1,950 m above sea level, and Manjanggul Lava Tube, an 8 km long lava tube which brave visitors can walk part of the way along.

Komodo Island is one of a great many islands making up the republic of Indonesia. The island is renowned for being the home of the Komodo dragon, the world’s largest lizard, who takes his name from the island. At 390 square kilometers, this relatively small island has around two thousand inhabitants who share their habitat with the dangerous reptiles.

Puerto Princesa Subterranean River, also known as the PP Underground River, runs through a protected area of the Philippines called Puerto Princesa Subterranean River National Park. The river runs through a domed cave where many marine creatures and bats live. Brave explorers can only travel so far inside the underground cavern due to the risk of severe oxygen deprivation. It is this terrifying, yet magical quality that makes PPU Underground River a star player in the seven wonders of the natural world.