Egypt’s Prehistoric art is less known than its Pharaonic cousin. But it has a special significance because it shows that climate change was going on long before the present day. 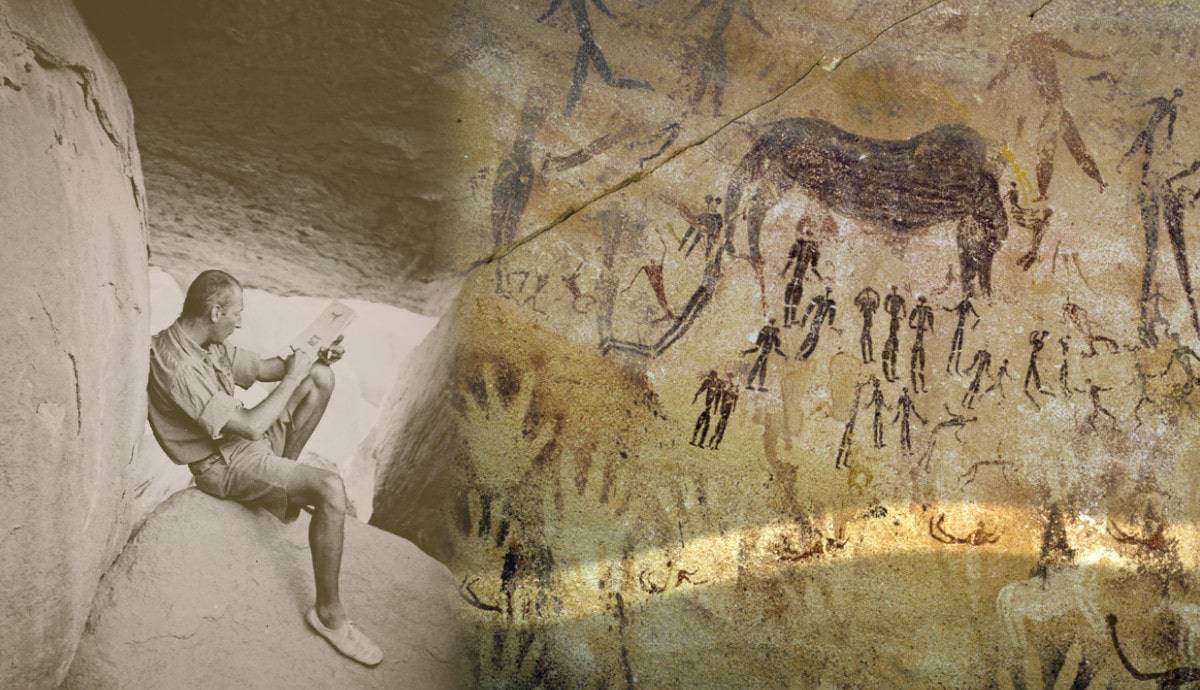 What comes to your mind when you hear about the Sahara Desert? 3.6 million miles of sand stretching from the Red Sea in Egypt to the Atlantic Ocean in Morocco? Probably, because today Egypt is naturally 96% desert. But this region wasn’t always so dry and barren. In the past, the Sahara Desert was teeming with life. Climate change may seem like a new thing. However, the geologic record and prehistoric Egyptian art show us that there is a climate change that is inevitable and often has nothing to do with the modern activities of man.

Perhaps the most famous rock art are the paintings found in caves at Lascaux, France. But the arid regions of North Africa and, in particular Egypt, are also home to thousands of years of rock art that shed light on climate change. Animals played an important role in Egyptian religion, whether as hieroglyphs or animal mummies. The worship of animals continued well into the Greco-Roman period. In the prehistoric period, the rock art shows us that certain animals were also important and are a clear indicator of the change in the Saharan climate.

The change in climate is stark when it comes to North Africa. Originally, it was very arid. When the Ice Age began about 30,000 years ago, glaciers formed in the African highlands of Ethiopia, Uganda, and Kenya. When these started to melt 12,000 years ago, large quantities of water flowed out of Lake Victoria and down the Blue and White Nile. They flooded Egypt’s Nile Valley and would have washed away any archaeological remains.

The Sahara was uninhabited before 11,000 years ago, as the climate was even more arid than it is in the present day. The climate grew wetter 10,000 to 6,000 years ago with summer monsoon rains. Wildlife and plants flourished in a savanna environment, with seasonal rivers and wetlands. These, along with the grasslands, would have been home to a variety of wildlife that would have been similar to what is found in other parts of Africa today, such as hippopotamus, donkeys, fish elephants, giraffes, ostriches, antelopes, and gazelles. Hunter-gatherers occupied this area, moving great distances to sustain themselves and only settling down seasonally in oases.

The Beginnings of Domestication

Around 7,000 years ago, the inhabitants of the region began herding cattle. As they searched for pastures, they left rock paintings across the desert documenting the origins of domestication. The cattle often have decorated bodies and wear pendant necklaces. Scenes of milking are also found.

About 6,000 years ago, summer monsoon rains were replaced by winter night rains, which led to a more arid environment. As the desiccation advanced, sheep and goat herding became established.

Settlement in the Nile Valley

Eventually, the human population started settling in the Nile Valley and they left a large amount of prehistoric Egyptian rock art dating to this period (corresponding to the Nagada I and II periods in the area west of the Nile between Qena and Kom Ombo). Here we find that in addition to bows and arrows, hunters used dogs and lassoes to catch their prey. Hunting likely would have been an elite activity at this point as only 1% of meat consumed at this time came from hunting.

The people are sometimes depicted in boats. Dancing figures were also common in the prehistoric Egyptian rock art of this time. These motifs have parallels to pottery of the period, making it clear that the artists were now settled in the Nile Valley.

By 5,000 years ago, cattle herding disappeared outside the oases of the desert, leaving hunting as man’s main activity there. By 4,000 years ago, the climate had become similar to that of the present day.

By the end of the Old Kingdom, Egypt’s deserts had reached the same level of desiccation that exists today. However, Egyptians never stopped producing rock art. The kings of ancient Egypt sent trade, military, and mining expeditions into the country’s deserts. The men that participated in these expeditions left records of their travels on rock faces scattered along the routes they traveled.

Engravings are the most frequent form of art, but that does not mean they were necessarily predominant at the time they were created. Painted art would have required a sheltered area to preserve it.  Because they are more vulnerable, much of the painted art may have disappeared, and its presence or absence may not be an indication of its frequency as a technique. Other techniques the rock art creators used are stencils, geoglyphs (removing stones from the ground to create designs), low relief, and pecking at the stone.

How Do We Date Rock Art?

Dating rock art is difficult. But there are several techniques that archaeologists use to come up with their best estimation:

Scientists successfully used the final method to date rock art at Qurta, Egypt to 8000 years ago, making it the oldest artwork in the Nile Valley. This is because the materials the ancient artists used to produce the art contained carbon.

Cave of the Beasts and the Origins of Egyptian Culture

One of the most spectacular sites of prehistoric Egyptian cave art is the Cave of the Beasts, whose art dates to the period 6500 to 4400 BCE. Discovered in 2002, its name comes from a few dozen paintings of headless animals. But what really distinguishes this site are its figures of human beings.

There are scenes of human warfare, showing two groups of people fighting with bows and arrows. Scholars have suggested that the artwork found in this cave depicts Egyptian cultural concepts and motifs that are found in pharaonic art. In the Old Kingdom and later.

Prehistoric Egyptian cave art played a starring role in the Hollywood film The English Patient (1996). The movie includes a scene where Hungarian Count László Almásy discovers the Cave of the Swimmers in the southeast corner of Egypt. The drawings, dated to the Neolithic Period, show human figures that appear to be swimming, along with giraffes and hippopotami.

Climate Change and Other Threats to Prehistoric Egyptian Rock Art

Although The English Patient was filmed in a studio recreating the Cave of the Swimmers, the publicity it generated has attracted more visitors to the site. Some of them have damaged the paintings.

The irony of prehistoric Egyptian rock art and climate change is that while it serves as an indicator of past climate change, today’s climate change is causing rock art to disappear around the globe. Sandstone, like that found in southern Egypt on which much of the rock art is painted or engraved, easily soaks up water and this causes it to deteriorate.

Scientists are looking for ways to stop this deterioration. Let’s hope they succeed before the earliest records of humankind are lost forever.

12 Animal Hieroglyphs and How the Ancient Egyptians Used Them