HomeAnswersWhere is the Statue of Christ the Redeemer? 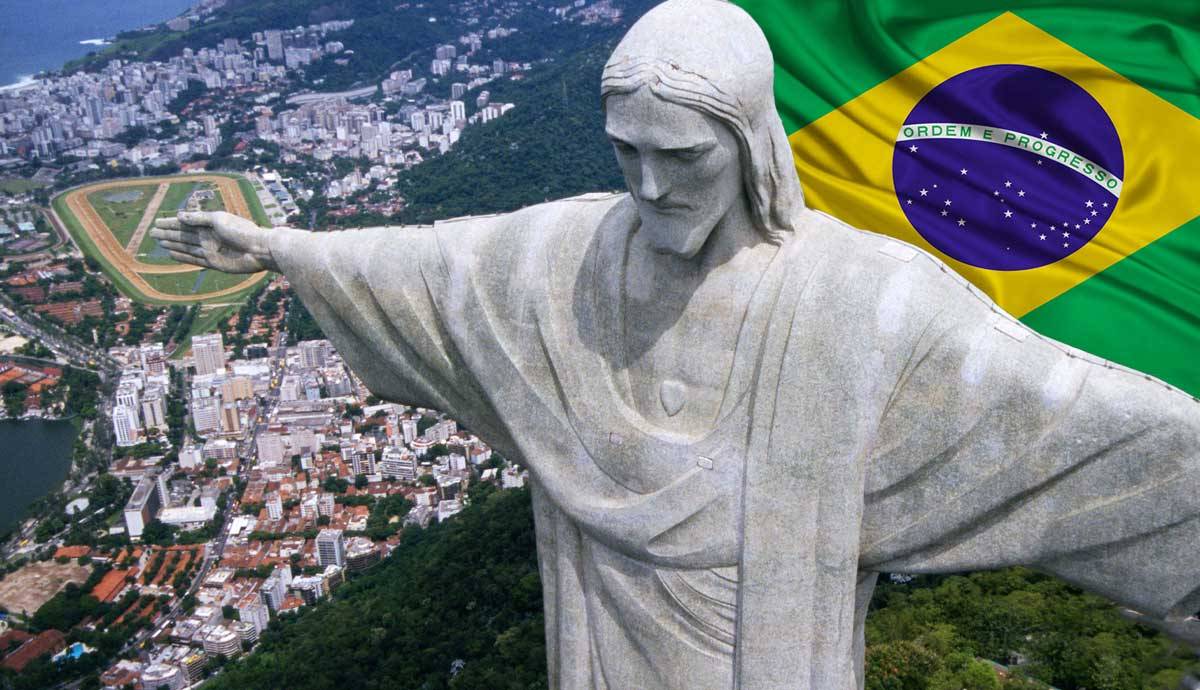 The monumental state of Christ the Redeemer (Cristo Redentor) is on today’s modern list of World Wonders. And this is no surprise – hovering high above the Brazilian skyline, its outstretched arms have become a universal symbol of benevolence and peace all around the world. French sculptor Paul Landowski made the original sculpture in France. Then Brazilian engineer Heitor da Silva and French engineer Albert Caquot 1922 constructed it in reinforced concrete. Meanwhile, Romanian sculptor Gheorghe Leonida carved the final head. Together they created a modern Art Deco masterpiece that still attracts visitors from across the globe today. We look into the unique mountaintop location of Rio’s Christ the Redeemer, which has played a vital role in securing its fame.

Christ the Redeemer Is in Rio de Janeiro, Brazil

Christ the Redeemer is in Brazil, the largest country in both South America and Latin America. The statue is on a uniquely high vantage point that looks out across the entire city of Rio de Janeiro. For those who are unfamiliar with Brazil, Rio is on the east coast of Brazil, in the southern hemisphere facing the Atlantic, not far from the city of Sao Paolo.

Because of its elevated position, the sculpture of Christ the Redeemer is visible from far and wide, across Rio and beyond. It is a stirring symbol of Rio de Janeiro and even the entire country of Brazil, representing their deep connection to Christianity and the healing figure of Christ.

Within the city of Rio are large areas of untouched wilderness. One of these areas of mountainous and vegetated territory called the Tijuca Forest National Park is the home of Christ the Redeemer. The park has special significance as the largest urban park in the entire world. Its full length runs all along the Atlantic coast, making for some pretty spectacular views. This rural setting makes the statue a little tricky to get to. But a tourist train and a minibus both run through the park straight to the base of the monument. Explorers can also make a hike through a mountaintop trail to the statue, which takes several hours. The trail begins at Parque Lage next to the botanical garden, and passes through uneven, mountainous terrain. Some visitors hire a guide to show them the way.

Within Tijuca Forest National Park is Corcovado Mountain, a 710-metre-high, rocky granite peak. Its summit offers spectacular views across the entire city of Rio. The Christ the Redeemer statue is perched at the very top of this mountain. A little-known fact: the mountain’s name in Portuguese means ‘the hunchback’, a reference to its unusual shape, which slopes up slowly towards the summit, and drops suddenly 100 meters on a lower slope that leads towards the sea. This makes it dangerous, even treacherous terrain to encounter. Fortunately, the path up the mountain towards the statue meanders at a reasonable level, meaning it is safe to walk on foot all the way to the base. The path was built in 1824 to attract tourists to the area, before the statue of Christ arrived in 1931.

Once visitors have reached this unique location, they can marvel at the sheer height and theatricality of Christ the Redeemer. Amazingly, it is 38 meters tall, with an arm span of 38 meters high, and an 8-metre pedestal at the base. Such is the popularity of Christ the Redeemer today, a range of tourist trappings are set up along the three terraces at the base of the statue, including bars, restaurants and shops.

Who Made the Statue of Christ the Redeemer?

What Is the Difference Between Art Nouveau and Art Deco?

10 Surprising Facts on the History of Coffee