HomeArtThe Ten Most Important Ukiyo-e Art Prints of All Time

Japanese woodblock art printmaking or Ukiyo-e from the Edo Period was hugely popular and influential, not only in Japan, but in the western world too. 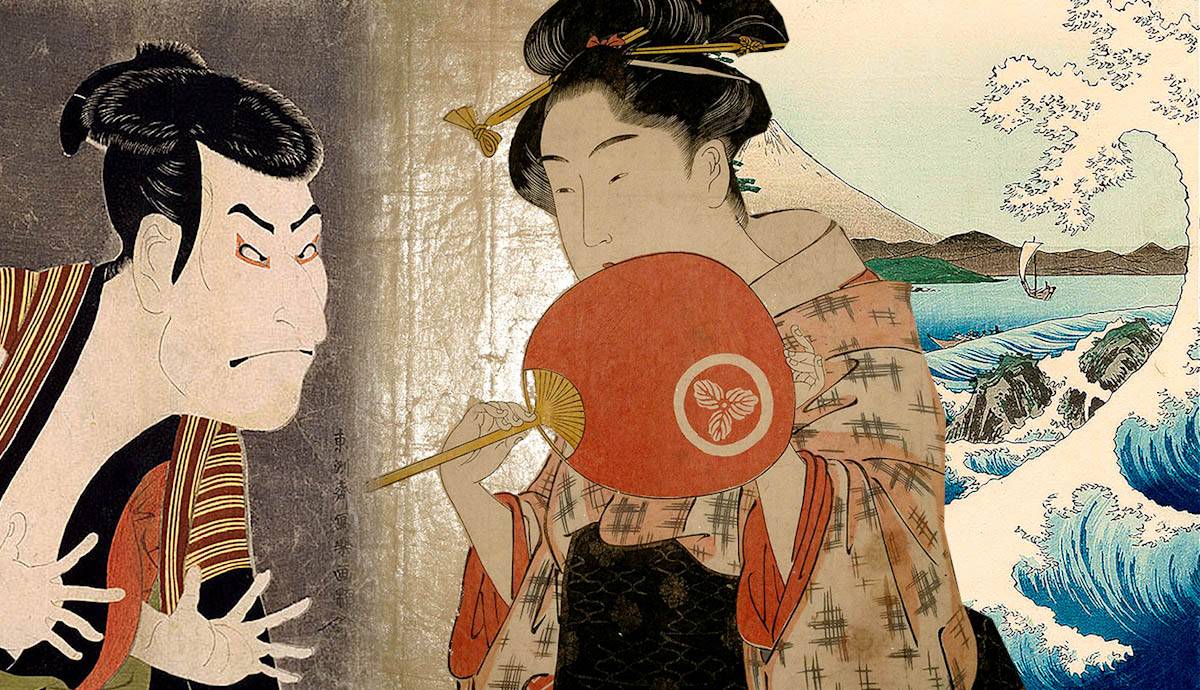 True mass production of art printing was thriving in the east, specifically in Japan as early as the 1600 CE in the form of Ukiyo-e, or woodblock art prints. During the Edo Period of the 17th-19th centuries, household names included Hiroshige, Hokusai, and Kunichika, among others. Their widely produced Ukiyo-e made them well-known stars, similar to famous kabuki actors, war heroes, and teahouse beauties. The most famous Ukiyo-e of all time falls into five main categories of woodblock art prints: beautiful women, landscapes, warriors/heroes, kabuki actors, and shunga (illegal, sexually explicit art). Spanning from the 17th to the 19th centuries, here are the ten most important Ukiyo-e prints of all time.

1. The Famous Ukiyo-e Print Under The Great Wave of Kanagawa

By far the best known Ukiyo-e print of all time, The Great Wave as it is commonly known, comes from Hokusai’s series titled 36 Views of Mount Fuji. This print was widely celebrated and collected by European and French collectors. It has been copied and reproduced considerably over the centuries.

2. The Plum Garden at Kameido Shrine: A Ukiyo-e Masterpiece

This print comes from Hiroshige’s series One hundred views of famous places in Edo. Van Gogh copied his design in 1887 and by doing so made it one of the most influential art prints from Ukiyo-e art. The tree featured in this print is known as the Sleeping Dragon Plum and it was lauded for its purity shown through double white blossoms, known for being so white that they could drive the darkness out of a soul.

The print Seba comes from Hiroshige’s series titled One hundred views of famous places in Edo. Hiroshige, who was best known for his wide sweeping landscapes, finished this print in order to complete the Kisokaidō highway series abandoned by another Ukiyo-e artist Keisai Eisen. Many of Hiroshige’s most cherished designs show people doing familiar tasks tied to seasons, nature, and different rituals.

4. Tako to Ama, the Dream of the Fisherman’s Wife

Tako to Ama, the Dream of the Fisherman’s Wife falls into the illegal Ukiyo-e art category known as shunga. This print is one of the best-known works from Japanese Edo art as well as classical shunga. Further, this fascinating image of a classic Japanese myth reveals how artists under the Tokugawa shogunate, who restricted sexual imagery, creatively depicted intercourse and sexual acts without breaking the law. The work may seem shocking to our eyes, but at the time this would have been a common image of shunga. The print was widely distributed among print collectors and seen in everyday households.

Prints of desired beautiful women of the time featured the latest fashion and hairstyles as well as hints of eroticism, which further enhanced their appeal to popular audiences. Research also points that the word Ukiyo-e itself means “Art of the Floating World” which in some cases refers to the world of sex workers, teahouses, and the geisha culture. The artist Shunchō shows in this print a famed beauty, covering her face with an elegant fan that bears her personal crest: the three oak leaves. The beautiful garments she is wearing and the summery feeling that the print gives us would have made this work especially desirable for that season. The background shimmers with mica, a mineral powder commonly used in woodblock printing in order to brighten and shimmer paint.

By far the most popular prints of the time were those showing Kabuki actors. These prints show a grotesque and dramatic glory with bright, contrasting colors, complicated action scenes, and striking facial expressions. Kabuki theatre was, and still is, a unique and integral part of Japanese culture. In Kabuki, actors depict roles with a variety of often overly dramatic expressions and costumes, accompanied by traditional music, long pauses, and various theatre nuances. Each famous actor of the Kabuki stage became a legend in their own right and the artists of the time represented each actor’s individualistic style in their prints.

7. The Sea at Satta in Suruya Province

This landscape print pays homage to Hokusai’s The Great Wave in its striking movement and dramatic, deeply curved waves. All landscape prints represent a late development in the designs of Ukiyo-e. Before the 1830s, the main subjects of print designs were famous beautiful women, actors, and scenes taken from urban life. Landscape prints that became popular after the 1830s signify a change to artistic print designs focused on nature. This shift could suggest a rise in leisure travel within Japan and increasing demand for souvenirs of well-visited places, such as Mount Fuji.

This specific style of landscape print where the viewer seems to be looking through a portal or a round window was used by Kiyonaga. This type of print suggests European influence as well as a growing change in the use of single-point perspective. The previous style of perspective used by Edo-era print designers tilted the ground so that objects farther away were placed higher up in the scene to indicate their distance. With increased trade and influences coming from the West, artists began adopting some of the perspectives found in Western art. This can be easily seen in Kiyonaga’s print where we see a more realistic depth of the space pictured in the print.

Warrior prints make up the third-largest collection of Ukiyo-e designs. Although potentially less popular now due to their aggressive, slightly complicated, and hectic aesthetic, warrior prints can be seen as the prints that are most subtle, political, and filled with deeper meaning. Through the ban on illicit images, Japan of the 18th century was also subjected to political bans of war imagery which glorified uprising, criticized the current regime, or even mentioned the great unifier of Japan Toyotomi Hideyoshi.

Artists found creative ways to avoid the imagery ban by showing stories set much further back in time, as well as using animal imagery to replace real characters. This was also common in sexually explicit designs as well and The Fisherman’s Wife is a good example of that. This dramatic scene by Kuniyoshi depicts a warrior crawling around his wounded comrades in order to complete the attempted assassination of Hideyoshi. Kuniyoshi was able to create this print by changing names and adjusting the time period.

10. A Fascinating Ukiyo-e Print: View of Maruyama in Nagasaki

This final print portrays many of the classic elements of Edo Ukiyo-e printmaking. Here, we see two women, likely representing sex workers, positioned in the foreground wearing classical, patterned robes. The background is positioned higher up which was a way of showing that a place was far away. However, the Western influence of single-point perspective can be seen in the shapes of the building, and sloping lines of the roof and porch, demonstrating a new stylistic development in Ukiyo-e history. 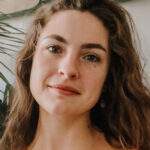 By Avery ChesPost Graduate Studies in Fine Art, BA History of ArtAvery is a fine artist and art historian passionate about women in the arts and cross-cultural influences on the west. After two years in the Navy with a BA in Art History from Tulane University, Avery worked for Sotheby’s (New York), as a restoration painter, explored the art of Europe and then decided to pursue her own art full-time. She is committed to helping creative entrepreneurs succeed through mentorship, continuing education and shared community. Originally from Kentucky and New Orleans, Louisiana, Avery is currently exploring the South of France where she completed post-graduate studies in Painting & Drawing and now studies French.