Best known as the founder of the pre-Raphaelite brotherhood, Dante Gabriel Rossetti exerted a huge influence on 19th century art. Unpack the artist’s life and work with these 10 facts. 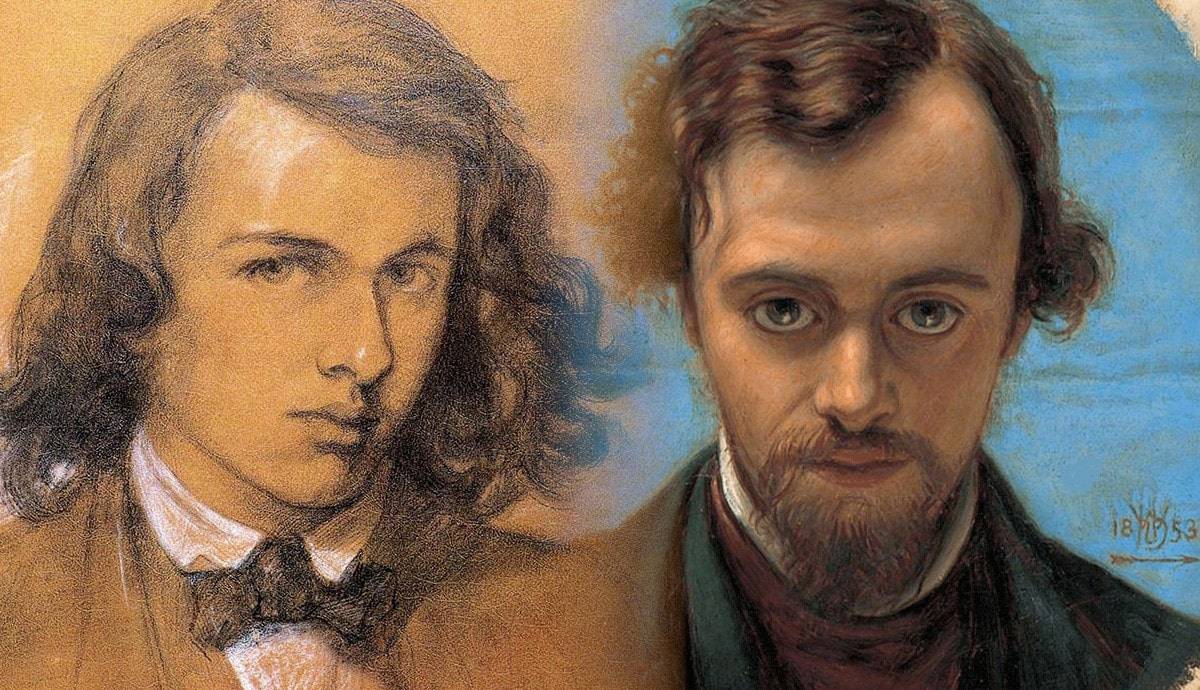 Dante Gabriel Rossetti is most famous as the founding member of the Pre-Raphaelite art movement in England. His magnificently rich paintings capture the prevailing mood of the Victorian era, while in his poetry, Rossetti seamlessly interweaves nature and emotion.

Like any artist, he was shaped by his environment and experiences. Read on to discover exactly how Dante Gabriel Rossetti became one of the most important figures in nineteenth century British art.

10. Although born in London, Rossetti came from an Italian family.

By virtue of their aristocratic lineage, Rossetti’s father, Gabriele, was a statesman, as well as a poet. His revolutionary activities and nationalist beliefs forced him to withdraw into political exile in 1821. He subsequently moved to London, where his four children were later born.

His Italian catholic heritage had a profound effect on the young Dante Gabriel Rossetti, who fiercely defended his roots among his peers. Although he was christened with Dante as a middle name, he used it as his preferred name in honor of the iconic Italian poet.

9. From early on, he was just as interested in literature as in the visual arts.

Along with his three siblings, who all went on to become prominent artistic and literary figures, Rossetti received a superb education, studying at the King’s College School, followed by Henry Sass’ Drawing Academy. After leaving the Academy, he joined the Antique School at the Royal Academy for three years, and then studied under Ford Madox Brown.

This training equipped Rossetti with the tools he would require in his career as an artist, and as a poet. He had inherited his father’s love of verse, and produced translations of Dante’s La Vita Nuova at a young age. He also revived medieval poetry, such as Sir Thomas Malory’s Le Morte d’Arthur, and found in William Blake a kindred spirit. Inspired by both his paintings and his writing, Rossetti even considered the fact that he might be the reincarnation of Blake, who had died exactly 9 months before his own birth.

8. Although he covered a range of subjects, Rossetti’s artwork all share characteristic features and a recognizable style.

At the beginning and end of his career, Rossetti painted mainly with oil, but the greatest chunk of his work is watercolor. Although his catholic background meant that he preferred religious subject-matter, Rossetti also depicted scenes from literature, nature and most famously, portraits.

Despite these varieties in material and substance, Rossetti’s work is typically characterized by his use of dense color and his efforts to capture reality. Inspired by the richness of Medieval religious painting, but also the work of Italian Renaissance artists, he filled his pieces with symbolic objects while simultaneously ensuring that the people he portrayed looked natural and life-like.

7. His exposure to older art and poetry inspired him to found the Pre-Raphaelite Brotherhood.

As a student of Ford Madox Brown, Rossetti had been introduced to the German “Pre-Raphaelites,” whose aim was to re-purify German art. He considered these an appealing alternative to the faddish and self-parodying style that he saw around him. His familiarity with Romantic and Medieval poetry also gave him an appreciation for reverence and gravitas, in both visual and literary art.

Therefore, along with his friends William Holman Hunt and John Millais, he founded his own movement called the Pre-Raphaelite Brotherhood, with similar aims. The group of seven artists agreed that their work should attempt to replicate nature in a sincere way. Even if their work was not always religious, it should always be imbued with a sense of morality.

The movement expanded across the remainder of the nineteenth century and had a great impact on Victorian art.

6. His early work did not receive universal praise.

Two years after founding the Brotherhood, Rossetti exhibited his ‘Ecce Ancilla Domina’ in 1850. The piece received severe criticism, which the artist found so vexing that he stopped presenting his paintings publicly.

It was then that he started to use watercolors, as a cheaper and more disposable alternative to oils. The critical reaction also prompted Rossetti to explore more non-Biblical themes, and his next few years were spent depicting famous scenes from Shakespeare, Dante and Sir Thomas Malory.

5. Rossetti married one of the Brotherhood’s most important models.

One thing that is immediately noticeable about Pre-Raphaelite paintings, and especially Rossetti’s own, is that the same faces recur again and again. Perhaps the most prominent of these is that of Elizabeth Siddal, who was introduced to the Brotherhood as a model, but later became Rossetti’s wife and personal muse. Siddal’s long, elegant face and figure glow white against the fiery brightness of her red hair, and her expression is often one of contemplation.

Rossetti’s marriage ended after only two years, when Siddal died from an overdose of laudanum, an opioid that unfortunately became a popular sleeping-draught during the Victorian era. Rossetti was so heart-broken that he buried his wife with the only complete manuscript of his poetry.

4. Rossetti inspired a number of younger artists who would go on to become incredibly important figures in British art.

Counted among the early members of the Brotherhood were young artists such as William Morris and Edward Burne-Jones. Under Rossetti’s leadership, they embarked on a new wave of pre-Raphaelitism which embraced more grandeur and attempted to expand the movement to include crafts as well as painting. Over the following years, they produced epic murals of the Arthurian legends, as well as Morris’ famous textile patterns.

3. One of his most successful associates was, in fact, his sister, Christina Rossetti.

Along with pre-Raphaelite brothers, Rossetti also had a very important sister, but in this case the relationship was biological. His younger sister Christina wrote both romantic and religious poetry for adults and children.

In addition to her most scandalously famous piece, ‘Goblin Market’, Christina penned the lyrics to two well-known Christmas carols, which were later set to the music of equally famous composers.

2. Despite the success and popularity Rossetti achieved during his life, he met with an unhappy end.

Several years after the death of his wife, Rossetti himself began to use a sleeping-draught to cure his insomnia. Unsurprisingly the mix of chloral and whiskey did little to help him, and he fell into a deep depression, which was accentuated by a fiercely critical essay published about him in 1871. The next year he went through a mental breakdown, and although he continued to paint, his condition deteriorated, and he eventually died of kidney failure in 1882.

1. Rossetti’s work has been attractive to collectors ever since the Victorian period.

While much of Rossetti’s art is held by British institutions, such as the Tate Britain in London, his pieces have always been popular with private collectors too. For example, the collection of the artist L.S. Lowry was primarily built around Rossetti’s paintings and sketches.

The most prized piece it contained was his ‘Proserpine’, which later sold at auction in 2013 for the huge sum of £3,274,500. It is now rare for original Rossetti paintings to appear on the market, making them an extremely valuable piece of British art history.